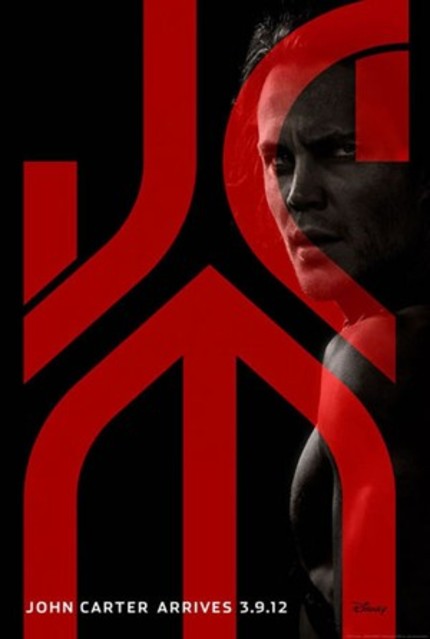 Movies like Andrew Stanton's upcoming John Carter make me glad that I'm a parent. The Boy, you see, is ten right now and will be eleven when this releases and I reckon that's about the perfect age. This may very well be a formative experience for my geeky offspring and when I take him to see it I will get to see it through his eyes. Which is not in any way to say that the footage doesn't look impressive through my eyes - it does, very much - but for The Boy this is going to be positively epic.

John Carter is a sweeping action-adventure set on the mysterious and exotic planet of Barsoom (Mars). John Carter is based on a classic novel by Edgar Rice Burroughs, whose highly imaginative adventures served as inspiration for many filmmakers, both past and present. The film tells the story of war-weary, former military captain John Carter (Taylor Kitsch), who is inexplicably transported to Mars where he becomes reluctantly embroiled in a conflict of epic proportions amongst the inhabitants of the planet, including Tars Tarkas (Willem Dafoe) and the captivating Princess Dejah Thoris (Lynn Collins). In a world on the brink of collapse, Carter rediscovers his humanity when he realizes that the survival of Barsoom and its people rests in his hands.

Adapted from the stories by Edgar Rice Burroughs, John Carter is the live action debut by the director of Pixar's Wall-E. And if you needed any sort of argument as to why the reverse takeover of Disney by Pixar is a good thing, this freshly released trailer should take care of that for you. Check it out below.