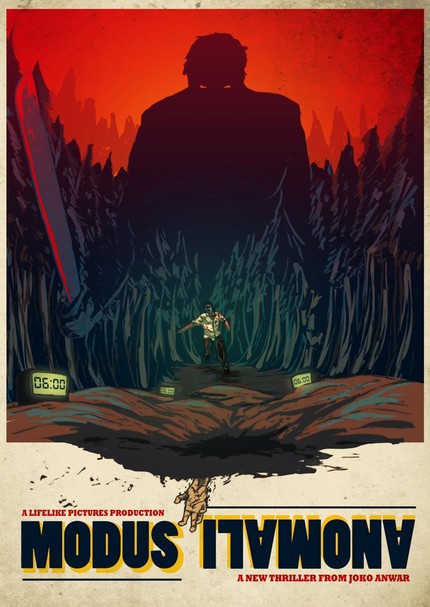 It has been two years since Indonesia's Joko Anwar last graced the big screen. Since the release of stellar thriller The Forbidden Door (Pintu Terlarang) Anwar has done some work in live theater but he is coming back to film in a big way with a pair of upcoming features gearing up to shoot back to back. Up first is Modus Anomali:

During a vacation in the woods, a man tries to find his family who mysteriously disappear, while being hunted by a sadistic killer. His only clues are several alarm clocks which seem to tell him about a deadline to something he doesn't know.

Twitch is proud to premiere the (typically) gorgeous artwork that you see above. Expect more from this an Anwar's other new project as information rolls in.