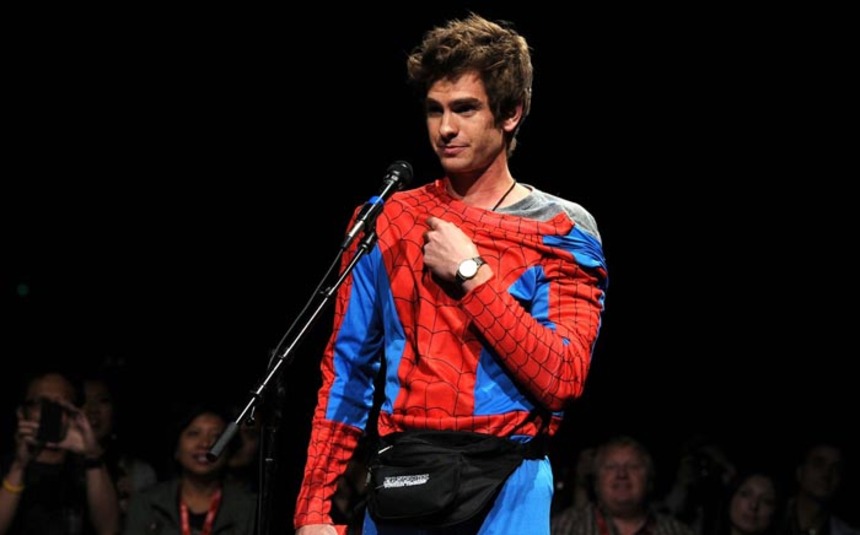 To follow up our 5 Things learned from the Spielberg Panel Not About Jurassic Park 4 and our Steven Spielberg Announces That He Is Working On Jurassic Park 4!, we now finish up a week of Comic Con mayhem with a roundup of some of the most memorable movie related quips and stories heard from the esteemed panelists during this year's convention:

1. "Matt Damon is about as discrete as a 14-year-old girl." - Steven Soderbergh

During the Haywire panel, EW's Anthony Breznican asked Soderbergh about his impending retirement. While owning up to the idea on a number of previous occasions, it is pretty obvious that Soderbergh is getting tired of the question. Apparently the original story leaked from Damon after a drunken night filming Contagion that Damon later remembered verbatim. Soderbergh complained that the story had gotten completely blown out of proportion and that people were getting upset with him about leaving a cushy job in these tough economic times. Soderbergh is certainly going to take some time off to focus on other things - but come on folks. He is obviously going to make movies again at some point.

2. " I needed Spidey in my life when I was a kid - and he gave me hope. In every comic I read he was living out mine and every skinny boy's fantasy of being stronger. - - Peter Parker has inspired me to feel stronger. He made me, Andrew, braver. - - He saved my life. - - This is definitely the coolest moment of my life." - Andrew Garfield

Before The Amazing Spider-Man panel started up Friday, a fan in a cheap Spidey costume rushed the Q&A mic and started gushing about realizing his dream of being there as Spidey. He then removed his mask to reveal a very humbled and obviously nervous Andrew Garfield, star of the upcoming Spider-Man reboot. The crowd went nuts as Garfield read a ridiculously heartfelt statement about how Spider-Man has changed his life and others' over the years. The above is just a few excerpts (check out the full version here) and might read as a bit hyperbolic - but rest assured, this kid loves Spidey and director Marc Webb has definitely chosen himself the right guy.

3. "[Today's 3D visuals are going to] date very badly. You're going to look back at it as if it's as ancient as hieroglyphics. That being said, I think it has an aesthetic that is very valid, kind of like the paintings of Giotto." - Tarsem Singh

You gotta give Tarsem credit on a few fronts here. One for drawing allusions between today's filmmakers and renaissance painters - and two for calling it like it is. Tarsem (The Cell, The Fall) is about as visual of a director as they come (he was also quoted as saying he starts with the look of a film and then later moves on to the story). He is well aware that the 3D in his upcoming film The Immortals is a gimmick. But it is a gimmick he likes and he believes it works for his intense brand of visual styling.

While there are still a good two years until Gullermo Del Toro's Pacific Rim hits the big screen, the man himself was on hand to give his take on the project, pretty well summed up in the quote. He also explained he was attracted to the project by the idea of exploring how humanity would react if enormous monsters came out of the sea and started destroying cities. Hope you are all ready for two more fucking years of fucking hype.

5. "[Ghost Rider: Spirit of Vengeance co-director Mark Neveldine] was often on rollerblades, holding onto incredibly fast motorcycles, risking his life to get shots, to entertain you." - Nic Cage

One of the biggest surprises of the Con was the positive critical reaction to the footage shown from Brian Taylor & Mark Neveldine's (Crank(s)) Ghost Rider reboot. A bullet spitting, fire pissing Nic Cage had high praise for what might be his most gonzo work since Bad Lieutenant. As everyone knows, Cage is a whole lot better when he is allowed to go buck wild and it sounds like these two directors let him loose. With the tagline "Fucking Your Shit Up in 3D February 2012," the two at least seem to have a good sense of humor. The film co-stars Idris Elba who stated publicly his desire to take on the role of Marvel's Luke Cage - a direct challenge to Isaiah Mustafa perhaps...?

As a Final bonus quote, I offer the answer that John Cusack gave to the always funny Bob Stencil of firstshowing.net who asked him, "Is this finally going to be a John Cusack movie where when I leave the theater, the girl that I'm with doesn't go, 'I wish you were more like John Cusack?'" To that, John gave a very simple, "No."