First Trailer For Besson-Produced Animated Feature A MONSTER IN PARIS 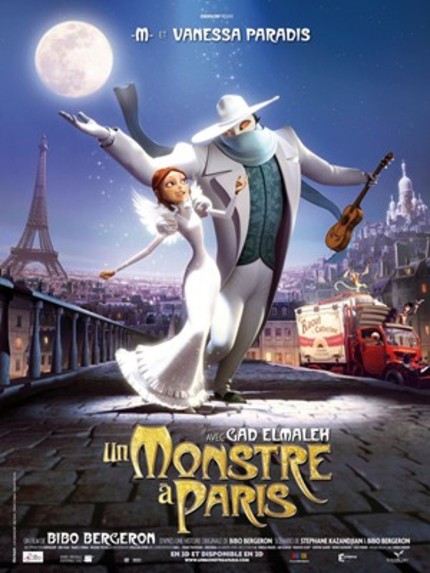 Once known almost exclusively as the prime force behind French action films it appears as though Luc Besson is moving more and more towards family entertainment. His latest production to go in that direction is the long-in-production animated feature A Monster In Paris.

Paris, 1910. Panic sweeps the city. Floodwaters are rising and a monster is on the loose! Formidable Commissioner Maynott and his men hunt it down day and night. With no luck.

It could be that in the limelight at The Rare Bird, a Montmartre cabaret where feisty Lucille is the star attraction, isn't a bad place to hide at all!

With this being a French release trailer the French dub is being used but you can take a look below.

More about A Monster In Paris