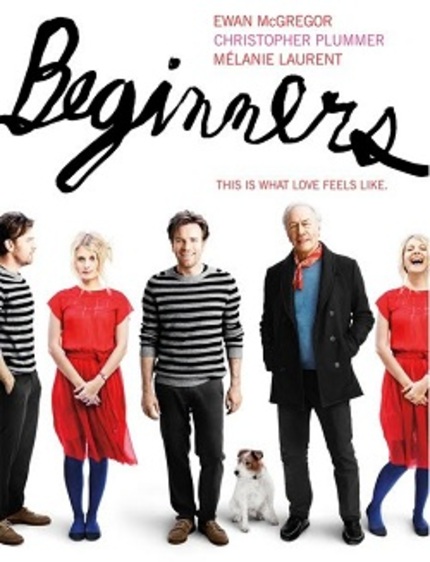 "Men perish because they cannot join the beginning to the end."--Alcmaeon of Croton.

Mike Mills' Beginners had its world premiere at the 2010 Toronto International Film Festival where its initial reviews (as rounded up by David Hudson at MUBI) applauded Mills' sage restraint of a subject matter that might have become insufferably cute. With Ewan McGregor to offer onstage allure--and just enough cute to matter--Beginners is a sure bet for SFIFF's opening night, alternating safely between comic and poignant, posing ageold questions of youth that won't really require answers from an audience rushing off to the afterparty.

Through a Jungian lens, however, such answers would deepen into relevance. Mills' narrative is a classic senex-puer dyad with a father (Christopher Plummer) who comes out young at heart late in life and his son Oliver (McGregor) worried old beyond his years. They are one and the same passing through each other. The most telling line is Oliver's: "Our good fortune allowed us to feel a sadness our parents didn't have time for." Mary Page Keller's performance as Oliver's mother is radiant and grounding. The subtitular one-liners of the Jack Russell terrier a brilliant stroke of projected folly.