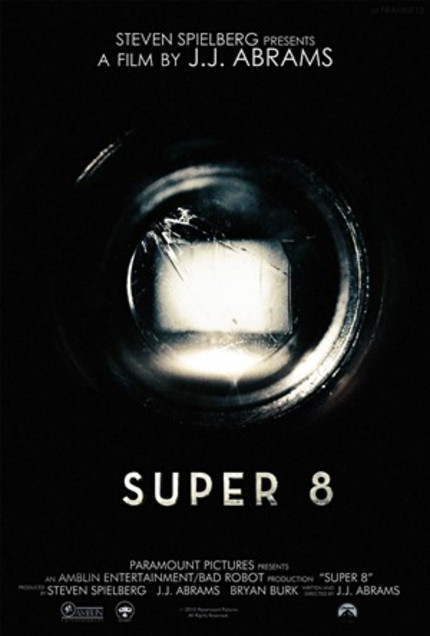 On July 1 of 1984 the MPAA introduced the first new ratings classification in their history with the addition of the PG-13. The new rating was brought in at the suggestion of Steven Spielberg who was fearful given the protests surrounding the level of violence in Gremlins and Indiana Jones And The Temple Of Doom that the films his Amblin Entertainment was specializing in would find themselves hit by the restrictive and entirely inappropriate R rating in the future. The PG-13 was Spielberg's idea of a compromise, a way of recognizing that some content may be too intense for young children while still not deserving of an R. The thinking seemed sound, the MPAA agreed and the new rating was quickly adopted with Red Dawn being the first film to hit screens under the new label.

But, unfortunately, instead of saving the sort of films that Spielberg was interested in producing it has become clear that the PG-13 was the beginning of the end. As the parent of a child now entering the Amblin sweet spot in terms of age range and the host of an ongoing film series specializing in these films it has become increasingly clear to me that the PG-13 has led directly to the end of films specifically tailored to the 10 - 13 age range. It's not that Hollywood doesn't do them as well anymore, it's that - with very few exceptions - Hollywood doesn't do them at all.

The creep away was subtle at first, changes in ratings rules and their application slowly being felt over the following years as both the ratings board and filmmakers figured out what was and was not going to be accepted under the previous PG rating. As things shook out, though, a pair of factors became key. If a child swore, the rating would go up. And if you put a child in serious danger, the rating would go up. Some of these changes can be attributed to the increasing creep towards the political and religious right within the MPAA as much as to the existence of a new ratings classification but it was the existence of the PG-13 that allowed the ratings board to put direct pressure upon producers in terms of content. And these two factors combined meant that it was nearly impossible to make a thrilling adventure film with a young protagonist in which the lead character behaves like real kids their age actually do in a setting with decently high stakes.

A major issue is where the MPAA set the line. Before the PG-13 there was a massive range available for filmmakers to play within. But since the PG-13 the movie industry sees children only as those over the age of thirteen and those under the age of thirteen. In both categories it makes the most sense from a business standpoint to target the largest possible audience. This means that if you're setting out to make a PG-13 movie you want to make one that will appeal to fifteen to seventeen year olds. These are the kids that have part time jobs, have access to cars, and are granted the freedom to spend their own money as they see fit with minimal supervision from mom and dad. And if you're setting out to make a film for children under thirteen it makes sense to spend the bulk of your money making movies that mom and dad will go to with their children and that means aiming young. There's a reason animated features make so much money: Convince one seven year old that they want to see it and you've probably just sold three tickets.

The problem here is that kids aged ten to thirteen are nothing at all like seven year olds or fifteen year olds and they're getting cut out entirely. Which is tragic because ten to thirteen year olds are absolutely, one hundred percent, in the sweet spot for classic storytelling. Just look at how many classic stories were written for this age range as opposed to books written for teens. There's something magic about that 'tween mind. Kids this age have the complexity to ask big moral questions and be aware that there are bad things in the world while still holding on to the sort of naivete that preserves possibility. Anything can happen when you're twelve. Anything. This is the perfect age to create for because it is the age where children are consciously trying to create themselves, sorting out what they like and what they don't and what sort of people they want to be. And yet they're largely ignored by the biggest storytelling industry in the world.

This is why films like Super 8 give me hope. Because it appears to be a film that takes kids this age seriously. This is why the progression of the Harry Potter series - with the films becoming more successful as they become darker and more complex - give me hope. Because maybe more producers will realize that people actually want these sorts of stories, as opposed to the overly sanitized, overly safe tales that we normally get. Because I think my boy deserves a Goonies of his own. He's already uncovering vast worlds in books and it's time the film industry caught up and took him seriously as well.
Tweet Post Submit