THE DIGNITY OF THE NOBODIES: Interview with Fernando "Pino" Solanas 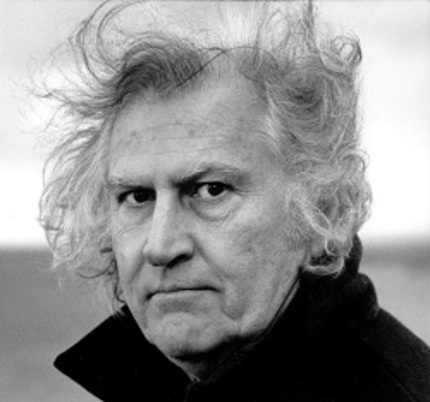 [With the recent publication of my friend Matthew Losada's profile of Argentine documentarian Fernando Solanas for the Great Directors database at Senses of Cinema, I felt now would be a good time to revisit my interview with Solanas from the 2006 San Francisco International Film Festival in conjunction with the U.S. premiere of The Dignity of the Nobodies (La dignidad de los nadies, 2005).]

My heartfelt thanks to Hilary Hart and the San Francisco Film Society for granting me 15 minutes to talk to Fernando Solanas [official Spanish website], director of The Dignity of the Nobodies (La dignidad de los nadies, 2005), which had its U.S. premiere at the 49th edition of the San Francisco International Film Festival (SFIFF) in association with the United Nations Association Film Festival and Global Exchange [my earlier write-up is here]. What a welcome opportunity! With my broken Spanish and the able translations of Oscar Arteta, I was able to touch upon a few points with Solanas.

Michael Guillén: When I first saw Dignity of the Nobodies, I was both sad and hopeful; sad because it seemed to me something that could happen to U.S. citizens if we aren't careful and vigilant, and hopeful because the Argentines are setting an example of what people can do in such a crisis. Do you remain hopeful? As hopeful as when you were making the documentary?

Guillén: What can people in the United States do to help the Argentine people in this situation?

Solanas: Look, one of the things that occurs to me--we were talking about it earlier today--is of course the development of different kinds of information because the information given by this film does not reach the media, it doesn't arrive to you. The U.S. society is a very misinformed society. They end up thinking that in Argentina nothing happens, there's no reaction. It's a scandal to me! I see in all the press here there is no news about Latin America and in all our countries every day things are happening. There's nothing more dangerous than censorship and the lack of information, because those are the same mediums through which demons are invented.

Of course, people read inbetween the lines, search on the web, in magazines, to find other information but the majority are victims of this censorship and lack of information. So what do you do to make the information system in North America and the United States more democratic? How do you change it? Nothing happens, it's terrible! It's been a week since I've been here. I started in L.A. I spend many hours in the hotel and at night I don't go out; I stay in the hotel. It's sad, the misinformation, or the lack of information, how poor the newscasts are. On the other hand, there are no alternative distribution systems or channels for a film like The Dignity of the Nobodies.

Guillén: Is this what you mean by the "culture of defeat"?

Solanas: Oh yes, of course, of resignation, of giving up, of believing it is impossible to bring about change, that the neoliberal movement cannot be changed, that globalization cannot be changed.

Guillén: That's what was so inspiring to me about the documentary: it provided a model of change.

Guillén: I saw the film more as a radical poem than a documentary. It reminded me of a short poem by Antonio Machado. Do you know Machado?

Guillén: Do you know this poem? [I recite in Spanish]: El ojo que ves no es / ojo porque tú lo veas / es ojo parque te ve. [His eyebrows lift and he nods his head approvingly.] What this reminds me of in your work is how--as a documentary filmmaker--you don't just observe, you allow the people you're filming to become real and engaged, you grant them sovereignty. I understand that when you were filming The Dignity of the Nobodies, you had to change cameras in order to achieve that communication, switching from a larger shoulder-borne camera to a handheld. Can you speak about the uses of various cameras to create a more realistic portrait?

Solanas: Well, in this movie Dignity, there are nine minutes of archived material that I did not film. The rest, an hour and 50 minutes, is material that I filmed myself looking to find the same cinematic language. Most of it is like a very subjective camera living alongside the people. It's a camera with a wide-angle lens that is always in my hand. Half of this film is filmed with this little camera [he shows me a photo of a mini-DV] and the other half is filmed with a Sony DVcam 150, which is also a small camera.

Guillén: But the smaller one worked better to establish friendship and cooperation?

Solanas: They're both cameras that people don't regard as professional cameras from television. Aside from that, the people know me, they have affection for me, they respect me, they know that I make movies that express them very well.

Guillén: I was interested also that you brought back the tradition of the copla to introduce each character. Can you talk a little bit about the payador tradition and why you use it?

Solanas: In the popular tradition in the 19th century there was the payador, he was like the one that chronicled life on the pampas. He would ride around the countryside on his horse with his guitar and when he would get to a puntenilla, which was like a mixture of a meat market and a corner store in the middle of nowhere, it was like a house where a gaucho could go, he would have a drink, and tell stories, his chronicles, for the coins people would give him. But he would tell his news with some kind of art; it was the art of popular poetry.

Solanas: I thought it was necessary to have a more sensitive level, a synthesis, to summarize and introduce each one of these stories, especially the characters. So each character has a copla that follows the tradition of the gaucho poetry, which was initiated by Martín Fierro. Martín Fierro is the poem that is most well-known and the most beautiful poem of all Argentine poetry, written in 1872, and it talks about the odyssey of a gaucho who was persecuted. The army used to go to the pampas and try to inscript the gauchos--who were free--to go and fight against the Indians, the natives. Gauchos and Indians, they lived in peace before. So this is the poem and The Dignity of the Nobodies follows that tradition, but with a more simplified language, one that is more urban. Though not exactly, it approximated the gaucho language and in that way each character was introduced with verses. I like it because it creates a certain environment, it gives a heightened level of sensitivity. Some people don't like it at all but, inside of a work of art you can have different levels of language.

Guillén: Yes, the film is multi-layered.

Solanas: Exactly! That's the way it is.

Guillén: You have stated that you are hoping "to preserve memory against oblivion." So it seems to me that you're saying memory is a political act that counters the systematic erasure of history.

Solanas: Memory is good. In the '90s until now the media in Argentina has lied a lot, has falsified history. The media is financed by big corporations and the banks. Hence, it was necessary to make a film of opinions that would analyze what had happened and why. Of course for the economic powers of neoliberalism, the banks and all of them, this film is just pure trash.

Guillén: But we know better!!

Solanas: [Chuckling.] I'm making these films and trying to chronicle history. They're films that over there will be more or less public but they will last because they are real testimonies. At the same time, I want to--because I am making a movie--I want to write it very well, to film it well, because the same information could be taught by a professor in history or sociology. It would have the same information but without the emotional impact. This movie, The Dignity of the Nobodies and its predecessor A Social Genocide [Solanas actually translates it as Memories of a Plunder], they have been declared in Argentina to be of educational interest. So with regard to the news that the teacher can bring his students, now all the students can bring him to see the film, and then have a debate over it. More than 40,000 students in high school have seen Memories of a Plunder--that's high school students!!--through a program that allows low ticket prices, almost nothing. The programs are aided by the Ministry of Education or the Institute of Film.

Guillén: Well, they're telling me I have to wrap it up here. Before parting, I must say that I consider you a magnificent teacher!! Thank you for your all your work.

[Solanas then asked if he could take a look at my digital recorder. He was fascinated by it. He asked me how it worked, if it had a cassette, and I told him, no, that it recorded digitally with a memory stick and that I could then upload the recording to my computer for transcription. He asked if he could hear what I had recorded and I played it back for him to listen. He whistled approvingly. I told him that, if I had two of them, I would gladly give him one. Next time!! We laughed.]

05/13/06 UPDATE: Josh Wolf at The Revolution Will Be Televised filmed Fernando Solanas during his Q&A following the SFIFF screening of The Dignity of the Nobodies. David D'Arcy interviewed Solanas for The Greencine Daily.