From The Producers Of THE ORPHANAGE And PAN'S LABYRINTH, Enter Another World With VERBO 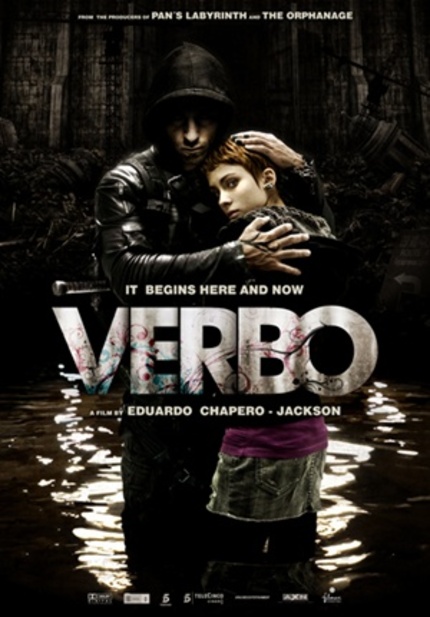 Though he is little known on these shores and is only making his feature debut now, director Eduardo Chapero-Jackson has long been considered one of the brightest lights in Spanish film. Chapero-Jackson's short films have been so successful that they have received theatrical releases and Verbo - his feature debut - is one of Spain's most anticipated of the year. Need a further endorsement? It is backed by the producers of Pan's Labyrinth and The Orphanage, producers with a remarkable run of high quality films. Here's the official synopsis:

Sara is a teenager who doesn't understand the world in which she lives. Only Liriko, a mysterious character who leaves enigmatic messages across the city, seems to understand her. Her search for meaning will lead her to a secret world, where she will embark on a great adventure in which life and death are at stake. If she succeeds, Sara could finally be able to leave her mark on the world.

The first official teaser arrived today and you can check it below.

Do you feel this content is inappropriate or infringes upon your rights? Click here to report it, or see our DMCA policy.
Eduardo Chapero-JacksonAlba GarcíaMiguel Ángel SilvestreVerónica EcheguiVíctor ClavijoAdventureFantasy