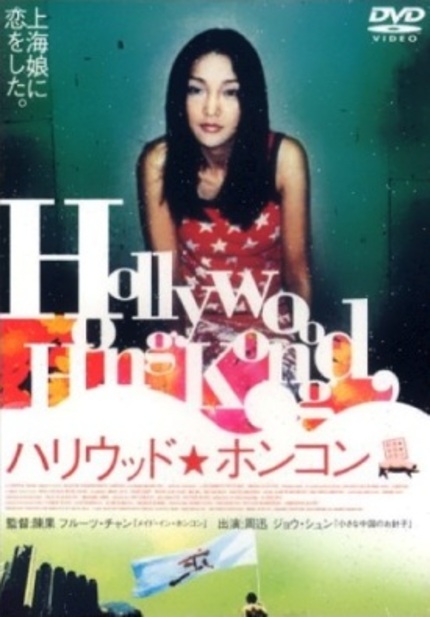 When hitting a Fruit Chan film I'm usually in doubt. The man is obviously talented but he doesn't always seem very aware of his own talents. Hollywood Hong Kong did look very promising though and so it didn't take me too long to convince myself giving Chan another spin. Good thing I did as it turned out the best film I've seen by him so far.

Finding arthouse directors with international appeal in Hong Kong isn't always easy. It's a paradise for fans of genre cinema, but those looking for a more unique movie experience need to embark on epic journeys to find the hidden gems. Fruit Chan is a welcome exception. He might not be truly famous in the West (though most people know about Dumplings) but at least you can buy some his films in regular stores. I haven't seen much of his work, but from the little I've seen it's obvious his films can go both ways. Either they are imaginative and fun or they miss the mark completely.

Hollywood Hong Kong is a pretty clear tale of rich versus poor. The titular Hollywood refers to an apartment complex for the wealthy while Hong Kong refers to the slums the Hollywood residents look down upon. It's an interesting contrast which Chan explores well throughout his film, though he never allows Hollywood Hong Kong to slip into mere social commentary. Above all, the film a somewhat magical (but still dark/black) comedy layered with some drama.

Central to the story is Tong Tong, a mainland girl coming to seek fortune in Hong Kong. She ends up in the slums amongst pimps and butchers, though she doesn't really seem to be bothered by them. The slums light up when she arrives and for a while everything is fine. Around halfway her true intentions are revealed and from there on the film turns into a pretty unpredictable ride.

After a good 30 minutes into the film I was damn sure I was watching a film shot by Christopher Doyle. From the magically colorful setting to the agile camera work, this film breaths Doyle. It's a good thing I took the time to verify my hasty assumptions as it turns out Doyle had nothing to do with Hollywood Hong Kong after all.

Cinematography is handled by Sing-Pui O, and what a tremendous job he did. His visualization of the slums is magnificent, turning them into a maze of colorful lit pathways and dirty houses. Red and green dominate the slums, enriched by the pink of pigs and fleshy inhabitants. In contrast, the Hollywood complex looks dull, lifeless and boring.

The soundtrack too is pretty special. A more modern rework of traditional Chinese music, it melts together with the images to create a couple of very memorable, fantastical scenes. I'm pretty sure it won't be to everyone's liking but it really struck a cord with me. Acting is equally strong, with Zhou in another powerful lead, supported by a range of very convincing secondary characters. The pig butcher's family in particular is a real treat.

Hollywood Hong Kong more than once reminded me of the darker streaks of Jeunet. Its colorful and playful portrayal of the slums coupled with a darker sense of humor and some general weirdness really put it in the same league as Delicatessen. Still, Fruit Chan's work is hardly a copy and it succeeds in displaying a very unique style of its own. It's only when taking a step back that similarities start to emerge.

Hollywood Hong Kong is a film for fans of the mildly strange. Not strange as in Miike over-the-top strange, but in a more subtle, fantastical and stylish way. I've looked really hard but couldn't find anything wrong with this film. Even better, it excels in just about every department. The film is visually impressive, boasts a distinctive and attractive soundtrack, features an interesting and cool story and is supported by a cast of strong actors.

If anything, this film renewed my interest in the work of Fruit Chan. I know they won't all be as good as this one, but I would be surprised if he hasn't got a few more tricks up his sleeve. It's a definite recommendation to all looking for something a little magical and a little weird, especially when looking within the realms of Hong Kong cinema.

Do you feel this content is inappropriate or infringes upon your rights? Click here to report it, or see our DMCA policy.
Fruit ChanKee-To LamXun ZhouGlen ChinYou-Nam WongSze Ping LeungComedy