Fresh Art From Pang Ho-Cheung's LOVE IN A PUFF 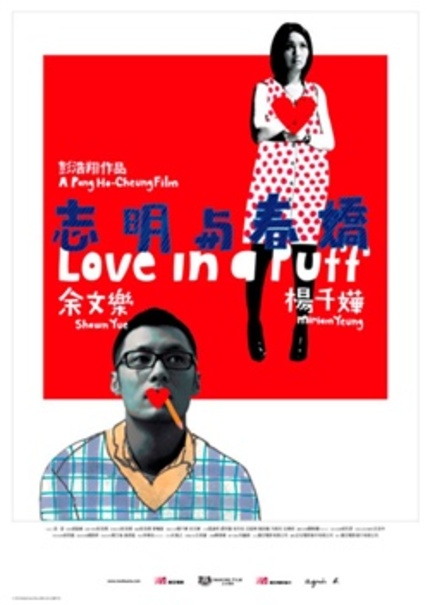 Pang Ho-Cheung's much-delayed slasher picture Dream Home dropped its first teaser earlier today and also turning up is new artwork for the freshly completed romantic-comedy that Pang turned out while his trip to slasher-ville was stalled out by internal squabbling with producers.

Since 2007, the Hong Kong health authority has implemented an anti-smoking law that bans people from smoking in all indoor areas, including work places, public places, restaurants, and karaoke lounges.  This pushes office smokers to take their cigarette breaks outdoors in the street.  Smokers from the same building are gradually bonded and form a new community known as "Hot Pot Pack" as they would gather around a trash bin with an ashtray, sharing small talk with raunchy jokes like they are at a hot pot dinner.

Chimney (Shawn Yue) is a mild mannered, sneaky and smooth advertising executive in his twenties.  While smoking in an alley packed with booming loudmouth co-workers and sharing explicit gossip and horror stories, he befriends a misfit cosmetics salesgirl Springer (Miriam Yeung) who also likes to light up.  And awkward romance soon blossoms amidst the anxiety of their nicotine rush.  As they become more attracted to each other they also find themselves moving farther away from their regular "hot pot pack" into their own private alley, where their conversations suggest more emotional depths, covering the collision of reality and delightfully trivial matters of the bizarre people around them.

Of the two posters released one - the one in the post above - I like quite a lot, the other not so much, but with press materials rolling out and the official website now live, there's a fighting chance that Pang will actually get this one on screens before his previous effort.  It's definitely going to market first as this one's premiering in the Berlin market while nobody has seen hide or hair of Dream Home yet. 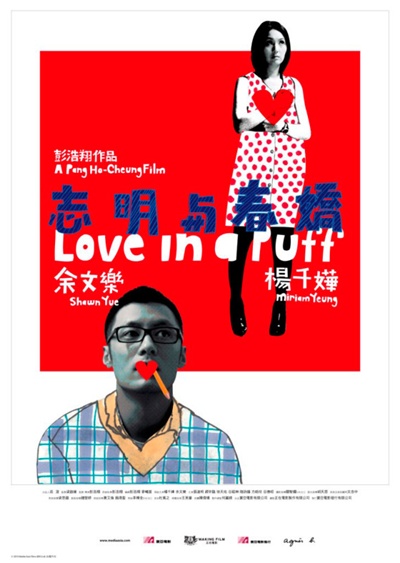 Visit the official site
via Filmsmash

More about Love In A Puff