Young Love Turns Grim In THE SCOUTING BOOK FOR BOYS 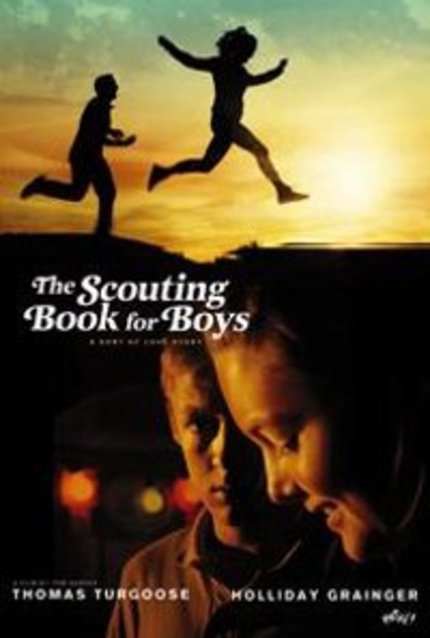 Despite turning a good many heads when it screened at the London Film Festival, Tom Harper's teen thriller The Scouting Book For Boys - starring the stellar Thomas Turgoose of This Is England fame - has been lying low since that festival appearance.  If it has been picked up for North American distribution, I haven't heard tale of it, and the promo materials have been scarce with distributors Pathe holding everything back until they were geared up for the film's UK release.  That time has now come and, with it, the film's first trailer.  Here's how the fest described it:

Having grown up together on a caravan park on the Norfolk coast where their respective parents work, young teenagers David (Thomas Turgoose) and Emily (Holly Grainger) have become close friends, deeply reliant on each other for distractions and mischief. It's a shock to them both when it's decided that Emily is to be sent away to live with her father, and there's even greater alarm throughout the park community when Emily disappears. David struggles to cope as the situation grows ever more complex. The debut feature from Tom Harper, director of a number of acclaimed shorts, and written by playwright and Skins contributor Jack Thorne, The Scouting Book for Boys is an expertly constructed drama with deftly handled shifts in tone, depicting the anxieties, awkwardness and fears of being a teenager, without denying the occasional delights of being young or the possibility of fun and adventure during a hazy British summer.

The trailer looks like a solid, nuanced piece of work with a surprisingly dark edge and Turgoose certainly appears to make good on the promise shown in This Is England.  Someone bring this to these shores soon, please?

More about The Scouting Book For Boys