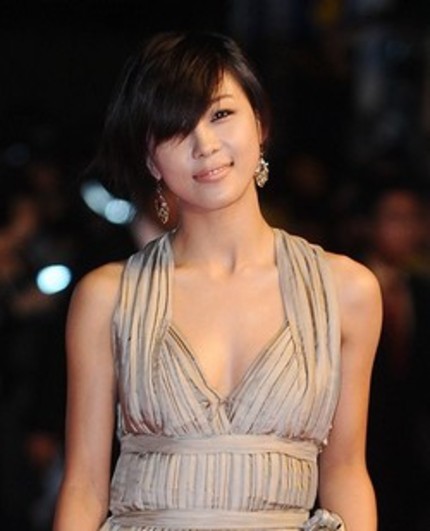 Her role in Park Jin-Pyo's 내 사랑 내 곁에 (Closer to Heaven) won her the Best Actress prize at this week's Blue Dragon Awards, but Ha Ji-Won's 2009 will mostly be remembered for the success of disaster flick 해운대 (Haeundae), and maybe even the controversy surrounding her exclusion from the same Grand Bell Awards Best Actress nominations which included Jang Na-Ra - Ha reacted to the entire ordeal in a predictably professional way, but truth to be told neither deserved the nod. 11 million tickets sold later, director Yoon Je-Gyun and Ha will once again work together for his upcoming SF blockbuster 7광구 (Sector 7). Last October we mentioned that Yoon was preparing a Jumanji-like adventure film titled 템플 스테이 (Temple Stay), one of the few projects he was looking at. Seems like he's going at it like Ryu Seung-Wan as of late, preparing several projects at the same time and then shooting the first which gets funded. In Yoon's case, we're dealing with a SF melodrama, the aforementioned SF adventure, and 8 billion won SF actioner Sector 7, another Hollywood venture which will indeed star Ha, but only in a supporting role (Hollywood actors will be cast as leads).

The "Sector 7" of the title is an oil platform on which a monster borne out of a virus emerges (sounds familiar?), forcing our protagonists into a frantic fight to save their bacon. Yoon had been preparing for this already during Haeundae's planning stages, and confirmed that this is more of a case of Korean companies trying to push their way into the American market rather than a bonafide Hollywood debut. Yoon is writing the script as we speak, and after negotiations with Hollywood producers are complete, the film will start shooting next year.