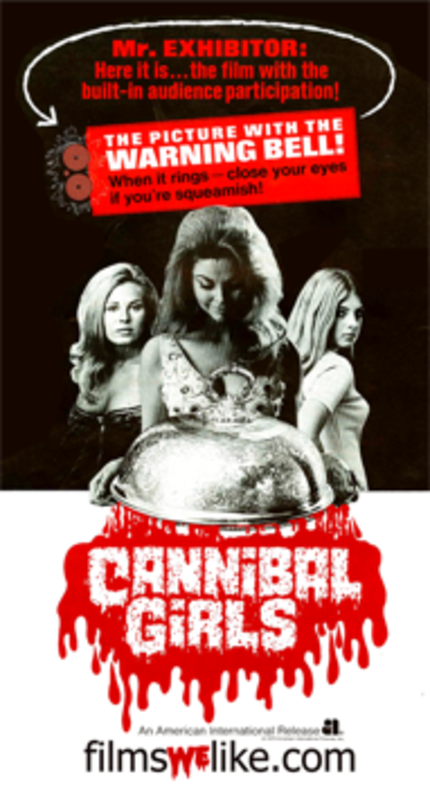 Before Meatballs, before Stripes, and before Ghostbusters, a young Ivan Reitman turned heads with grindhouse splatter picture Cannibal Girls.  Featuring performances from pre-SCTV era Andrea Martin and Eugene Levy, Cannibal Girls is one of the prime examples of the Canucksploitation wave of the early 70s, a film much loved by those who have seen it but seen by very few as it has never had a particularly high profile video release despite the big names associated with it.

Well, fans of cult movies, give thanks to Ron Mann and his company, filmswelike, because they've gotten their hands on this early Reitman chestnut, they've remastered it and they're putting it out in limited theatrical release and on BluRay in March!  Want a peak at how the remastered picture looks?  Check the trailer below!
Sign-In to Vote
Tweet Post Submit