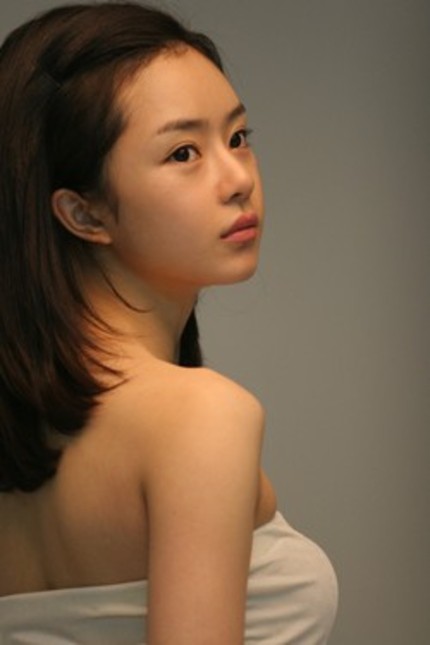 We've talked at length about the remake of Kim Ki-Young's 60s classic 하녀 (The Housemaid) over the last few months, first going from a sort of cinematic persona non grata helmed by promising director Gina Kim, then pairing the unlikely duo of Im Sang-Soo and TV drama pioneer Kim Soo-Hyun, who eventually engaged in a little bit of online jabbing over the film's script. But once Jeon Do-Yeon was cast, the film started to turn into an intriguing prospect, particularly knowing how talented a storyteller Im can be. Well, now you can add what is likely the most inspired bit of casting Chungmuro has shown us all year long: Seo Woo of 미쓰 홍당무 (Crush & Blush) and 파주 (Paju) has been cast opposite Jeon and whom will end up playing the husband.

The intriguing bit is that Im went against expectations by casting the older Jeon as the housemaid, and the young up-and-coming actress as the wife (it was the opposite in the original), but if you consider the modern setting, it kind of makes sense: Seo Woo as the naive, prissy bourgeois young wife, and Jeon as the working class nanny (another bit Im changed) who ends up having an affair with the hubby. The producers aim to cast an actor in his late 20s-early 30s as the husband, which could open quite the few possibilities - Ha Jung-Woo is busy, but if I had to choose anyone, I'd go with Lee Cheon-Hee of 한성별곡-正 (Conspiracy in the Court) and 아름답다 (Beautiful). I haven't read the script, but if it's anywhere near a younger version of Kim Jin-Gyu from the original, he would be perfect.

Film starts shooting in January, for a likely Cannes premiere (just my speculation).

More about The Housemaid