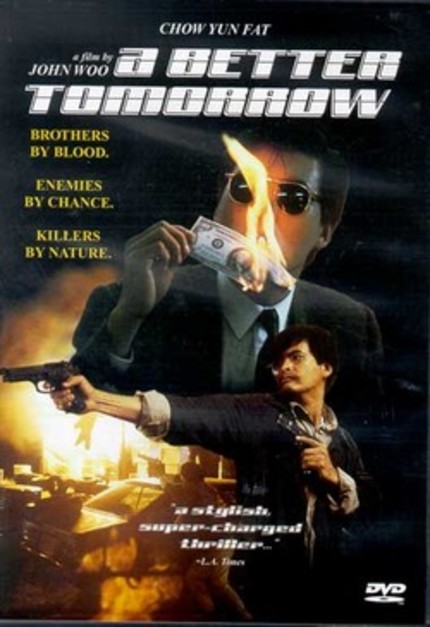 Last word on 무적자 (Invincible), the Korean remake of John Woo's 英雄本色 (A Better Tomorrow), was that Song Hae-Sung of 파이란 (Failan) would direct, and that Korean Wave star Song Seung-Heon and possibly Lee Min-Gi would be cast as the leads. But now producers Fingerprint have finalized the cast, and I suppose the ladies will be pleased.

Lee Min-Gi seems out, unless they cast him in a lesser role (wouldn't be out of the question, considering in how many films he starred this year, regardless of screen time), but Song Seung-Heon is confirmed for Chow Yun-Fat's role, and the other three main characters will be played by interesting choices: Joo Jin-Mo, last seen on the big screen playing Goryeo's King Gongmin in 쌍화점 (Frozen Flower), will play Ti Lung's role, while Kim Gang-Woo of 태풍태양 (The Aggressives) and 마린보이 (Marine Boy) will essay Leslie Cheung's role. Waise Lee's role will go to Jo Han-Seon.

Again, interesting choices, at least from a pure acting standpoint (as far as marketing potential goes, they did a pretty formidable job, all things considered). Kim proved this year with the terribly misguided 남자 이야기 (The Slingshot) that he's a sort of male version of Lee Na-Young, someone who works within limited boundaries, but whenever those limits are overstepped the flaws become impossible not to notice. And considering how little Jo and Song have to offer beyond machismo and mugging for the camera, you find yourself in a situation where Joo Jin-Mo (again, not exactly a master thespian) has to carry the ball for all four. The result could very likely be another 숙명 (Fate), filled to the brim with macho posturing, some kinetic action shenanigans, and that's about it. But maybe that's the point... machismo and guns.

With a budget of 10 billion won, Invincible will start shooting in January for what looks like a pre-World Cup release. The film takes the blueprint of the 1986 original, and adapts it to a Korean setting by featuring North Korean defectors who infiltrate into the underworld.