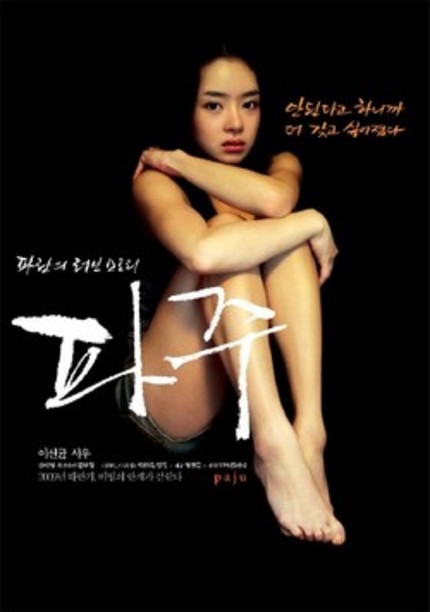 You'll never fully realize how beautiful fog can be until you see it from a balcony, as it embraces an entire valley in the early morning, like an ocean of white you'd love to swim in; It's as if, for a very fleeting moment, you could stare at creation from above the clouds. Of course, deep inside the situation is much different: visibility is close to zero, and all the ethereal sights you previously witnessed amount to now is hazy and disconcerting ambiguity - the sinister feeling that you're going somewhere, but you really have no idea where it is; you feel reluctance to continue, but then again it always beats staying put in this hell on earth. Narratively speaking, fog can be quite the powerful device, particularly if you use it with consistent and effective zeal. The moral and emotional fog of a good noir film, for instance, can be just as alluring and glamorous as the sexy cigarette smoke which pervades those frames like a lingering presence working in the background. The most comfortable way of using this narrative device is putting the viewer on top, as he stares at that endless fog down the valley from the balcony of that mountain cottage: they don't tell you what's inside that ambiguous sea of white, which in turn becomes a character of its own, something you approach detachedly (not necessarily from an emotional standpoint). But then you find films which toss you inside the fog, and that's when the experience becomes truly interesting, and all the more challenging. Like in Park Chan-Ok's 파주 (Paju), for instance.

Now a vibrant "new city" in Gyeonggi Province, status which the former county only gained in 1997, Paju had always been a very important center in the peninsula, even going back to prehistoric cultures. Along with Gaeseong (known as Gaegyeong back in Goryeo, and later Songdo during part of the Joseon dynasty) and Pyeongyang up north, the area was one of the most populated amongst all the eight provinces of Joseon, almost on par with administrative centers like Hanseong (Seoul) and other cities down south. Becoming Korea's military mecca after liberation, the city is now trying to establish itself as a cultural hub with the construction of the Paju Book City, over 1.5 million square meters of eco-friendly land completely devoted to the publishing industry, a cultural oasis for writers, critics and public alike. Exactly why Park chose this rapidly growing city for her long awaited-return to Chungmuro is not immediately clear, but in a way reminds of the same traits which led Lee Chang-Dong to choose Miryang in South Gyeongsang province for his 밀양 (Secret Sunshine): we're dealing with places that have a certain personality of their own, enough to make them an invisible companion, always looming behind the corner. In this case, it might certainly be the contradictions of a rapidly urbanizing area clashing with the strong cultural undercurrent which surrounds it - to again use the Lee Chang-Dong model, just like what Ilsan's all too rapid change meant for Han Suk-Gyu's character in his 초록물고기 (Green Fish). But more than such dilemma, Park uses Paju as that big white ocean of fog, enveloping the characters and their ambiguous emotions. It's without a doubt one of the most cerebral films of the year, in no small part because of such approach to storytelling - if the constant back and forth between past and present was not enough.

At the center of this story is the journey of guilt Joong-Shik (Lee Seon-Gyun) experiences, as his entire existence becomes dominated by ambiguous clouds of misfortune and guilt. His relationship with his first love-cum-older schoolmate's girlfriend turns into tragedy, when her infant daughter is severely injured as a result, wounds which hurt him even more than the poor kid. He then moves to Paju to escape from the repercussions of his student activism, where he meets and eventually marries Eun-Soo (Shim Yi-Young), despite the reservations of younger sister Eun-Mo (Seo Woo). Another tragedy strikes, and we find ourselves in 2003 (seven years later), with Joong-Shik still living in Paju, and Eun-Mo returning from years spent in India, journey which certainly didn't help dispelling her skepticism regarding Jung-Shik, particularly now that her suspicions about him even worsened.

Once again, you can blame Chungmuro's marketing gurus for purposely painting a rather misleading picture of what we were going to get in the finished product. Or maybe it was a smart move, if filling theaters was the one and only bottom line? The film only sold in the low six figures, but indie fare of this kind only gets 3~50,000 tickets at best, so call it a success, if you will. The idea which transpired from various trailers and music videos was that of a very dark melodrama about the "forbidden" love between a man and his sister-in-law in a maelstrom of moral ambiguity. From a pure business standpoint, it certainly would make sense to go that way, but if you let the marketing machine influence your expectations, you're likely to leave this experience with regrets and ennui, for Paju is most definitely a Park Chan-Ok film through and through, with all the strengths and weaknesses which come with the territory. We're dealing with layers upon layers of ambiguity, characters rarely expressing themselves in an explicit way, making the process of connecting the dots a bit like finding your way home amidst the fog (which Paju does indeed have copious amounts of, particularly in this film). The idea would be that of looking at the characters in a more detached way (from that cottage balcony, so to speak), but that is something you can only achieve with a second or third viewing, as you will be much too busy trying to find any visible narrative or emotional thread the first time in.

And that might not be the most rewarding of experiences, truth to be told. Paju is a clever, mature film which deals with very real and significant issues by taking off all the unnecessary frills and just presenting them raw, crude and bare. But unless you approach its storytelling with that fog (emotional and in terms of character development) in mind, a lot of this is going to feel like the countless smarmy indie projects which scrape the bottom of Chungmuro's barrel every year, more concerned about manifesting their uniqueness and alleged artistic merit than actually banking on fundamentals, good acting and clever ideas. Particularly one big revelation at the end, if taken out of that context, will come completely out of the blue. Some Korean critics smartly suggested that the film never really gave us any hint leading to that moment, and that the screws all start to fit together only when post-mortem rumination begins. That, of course, is the effect of approaching this work from "inside the fog," trying to follow narrative paths which Park never really wants you to trail. The idea is, it all works and somewhat makes sense if you see Joong-Shik's behavior as a journey of guilt, some form of atonement its very ambiguous destination. The same goes for Eun-Mo and the way she reacts to his behavior. If the trailers had suggested we were dealing with a sort of romance noir on the pitfalls of seeking the prohibited, then maybe the first, inevitable impact wouldn't have been such a crash landing.

But Paju does improve with repeated viewings, that ambiguity morphing from the film's most daunting shortcoming into what is possibly its biggest, maddeningly flawed charm. And if you ignore marketing and think about Park's debut film, the interesting (but, again, flawed) 질투는 나의 힘 (Jealousy is My Middle Name), then you'll be surprised of how similarly structured the two works are - ambiguity, characters obsessed with aspirations they can't fulfill, but still throwing themselves into the fray, be it darkness or fog. The biggest dilemma, then, becomes this reliance on ambiguity itself, which is also at the core of many a film noir's success or failure: it's great to have moral and emotional ambiguity dominating your characters, as it can only make them more humane and realistic, but if you only bank on that, then it probably will not work. It's as if you were looking for Harry Lime the entire film, knowing that you'd be served with one of the greatest entrances in all of cinema. And then a cat plays its game, and the lights shine on a passerby with a cuckoo clock hovering over his head, signaling the film's final moments as you stand unimpressed. Joong-Shik's behavior is understandable, the way he is portrayed (if seen through the aforementioned thematic "lenses") is perfectly coherent, as is the reaction Eun-Mo shows, perfectly consistent with what her character does throughout the film. But where are the spices, the fire? There are moments when the film seems just about to explode, to move onto the next level and truly live up to its potential, but such instances are quite rare. It's as if Park was content on delivering that finely crafted setup, drenching her characters in ambiguity and then scattering the pieces of this narrative puzzle about. It's the kind of film you respect and admire, but alas one with little energy and charm, perhaps because it's too concerned with the fog to care about what's moving inside.

If anything, the film will be remembered for one performance in particular. The entire cast is quite fine, from the usual marvelous job of character actors like Lee Dae-Yeon to the criminally underrated Kim Bo-Kyung - of 기담 (Epitaph) and 하얀거탑 (The White Tower) fame; from the incredibly promising Kim Ye-Ri (one of Chungmuro's newfound jewels, along with Baek Jin-Hee) to the returning Lee Gyung-Young; Lee Seon-Gyun does a respectable job in his familiar way (as in, he's always above average, but you also feel a certain 2% is missing), but it's young Seo Woo who completely steals the show. Saying she was the only choice for this kind of role would be kind of reductive (leaving out names with too much star power like Son Ye-Jin, there is a good chance that Gong Hyo-Jin, Jung Yoo-Mi and Cha Su-Yeon would have been equally good or better, for instance), but she's one of the very few young actresses in Korea who can project an air of maturity and also play much younger roles without mugging for the camera. After her exploits in 미쓰 홍당무 (Crush & Blush) and this year's 탐나는 도다 (Tamra, the Island), this role reinforces the suspicion that she might eventually grow into one of her generation's finest actresses, if she keeps balancing mainstream with more eclectic fare such as this.

Depending upon how you will approach Paju, it might turn into a rewarding - if inherently flawed - experience, but there's also a good chance it might prove to be a rather unnerving journey. Seeing it from a detached point of view will allow you to connect the dots and decode this fragmented and insidiously ambiguous tale of guilt and forbidden desire, but it's that exact detachment which robs the film of any energy, and limits any emotional involvement it might have produced. That's an inevitable risk you have to take when going for such narrative trappings. It's like throwing yourself inside the fog, and after a challenging journey finding that the view on that cottage balcony wasn't all that special...