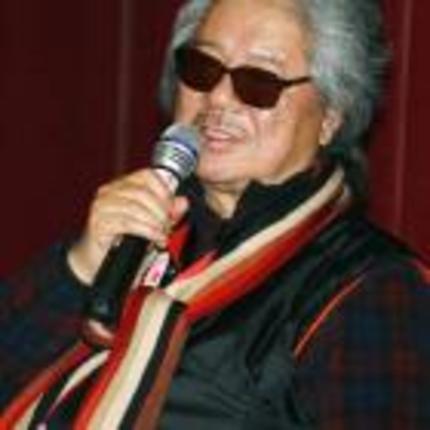 This is exciting news (well, actually it's already old news, but it's new to me!) - no sooner was United Red Army (to be released on DVD next month by French distrib Blaq Out) finished, when Koji Wakamatsu set to work on Edogawa Rampo's Caterpillar, and the film should be released sometime in 2010. It's good to see the director getting back to his pink roots. Another pink director you might have heard about, Hisayasu Sato, also directed a segment of the Rampo Noir omnibus (2005) called Caterpillar, by far the strongest entry in an already remarkable collection of horror films based on Rampo's short stories. His gruesome but brilliant short film marked a spectacular return to form for Sato, who since making Love-Zero=Infinity (1994), had been keeping a fairly low profile. Here's hoping that Blaq Out, or an English language distributor, will pick up Wakamatsu's latest for release on DVD!  (thanks to Kevin at Wildgrounds)