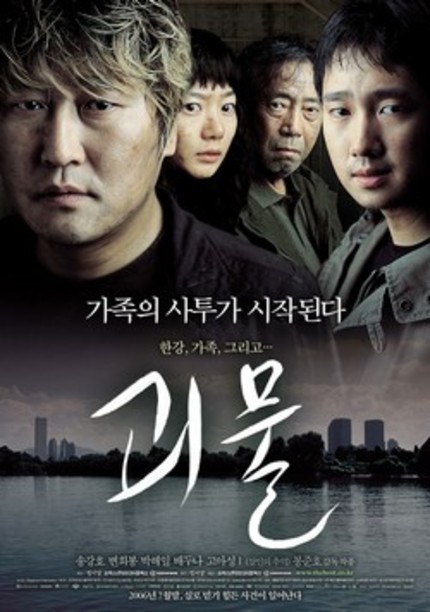 Up until a few years ago, "monster movie" in Korea usually meant something to elicit laughter, a long dead cinematic recollection fading into the dusty pages of history, the spark for brewing nostalgia, like those "smoke trucks" spreading pesticide the kiddos would follow, or the wild, bizarre pages of magazines like Sunday Seoul. You had the terrifying monsters in pajama by kitschmeister Shim Hyung-Rae, and Shin Sang-Ok's 불가사리 (Pulgasari), Kim Il-Sung's favorite toy up in ye olde northern shores. But then it changed, when an eternal Peterpan like Bong Joon-Ho decided his visions of childhood weren't going to remain constrained inside his mind. Enter 괴물 (The Host). What's more interesting than once again singing the praises of Bong's miraculous little dream project is noting how much the landscape for monster flicks in Korea has changed. The least said about 디워 (D-War), the better, but by all accounts, Shin Jung-Won's 차우 (Chaw) has all the cards to become a cult favorite (haven't seen it yet myself, but all I've seen and read in regards to it promises quite well). And of course we have the big sequel. Or, well, prequel. 괴물2 (The Host).

You're probably familiar with the basics by now: it won't be directed by Bong Joon-Ho, who's now going to plunge into the script writing process for his upcoming 설국열차 (Le Transperceneige); it will likely go for a completely different cast, considering Park Hae-Il and Song Kang-Ho's schedule -- former is working on a few projects, the latter a film starring alongside Kang Dong-Won, by the director of 영화는 영화다 (Rough Cut); it will be a prequel to the original, written by manhwa superstar Kang Full, and set during the Cheongyecheon restoration of 2003 (do I smell MB-related shenanigans? I can't wait); last but not least, a considerable portion of its budget (5 million US$) will be provided by Kelvin Tong's Boku Films from Singapore. What's new about the entire ordeal is that 1) all CG-related work will be done in Korea (unlike the original, where Orphanage was responsible for that), and the government -- through the KOCCA (Korea Creative Content Agency) - will fund the project with over 1.8 billion won spread over 2 years, as part of its Global Project funding policies. But we also have a little appetizer. It's just a simple image of our little monster (one of them, as this prequel will feature more than one) having some fun in the streets of Seoul, but it'll suffice for now. Still no word on any release date (I suppose 2011 would be a safe bet), but in the meantime, you can take a look at the first CG test shot below the break. 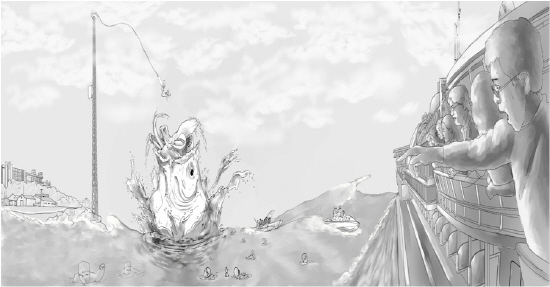 More about The Host 2