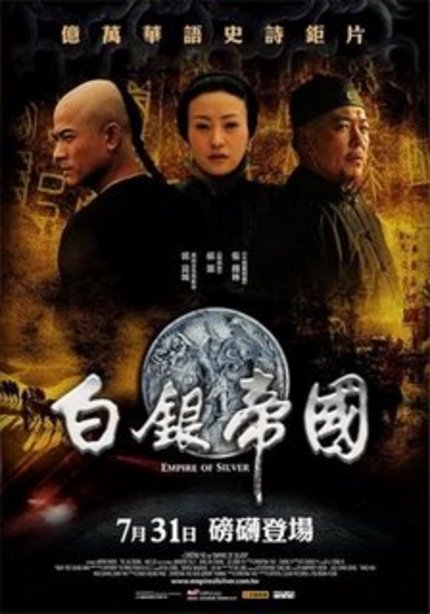 Aaron Kwok fans, rejoice; there is no horrifically ill-conceived twist to ruin Empire of Silver, unlike the recent Murderer. Still, the would-be epic period drama has more than its fair share of problems regardless; not least a worryingly lengthy post-production (it was originally shot in 2006) which seems to have left long stretches of the film in the editing suite for some unknown reason. By and large, however, sumptuous visuals and engaging - if inconsistent - performances make it worth watching, though the rapid chopping and changing across anything up to a decade at a time could leave casual audiences fairly confused.

Empire of Silver is a financial drama, adapted from a famous trilogy of novels dramatising the history of the 'Chinese Wall Street', the banking houses in Shanxi province that controlled much of the empire's cashflow at the end of the nineteenth century. Kwok plays the third scion of the head of one of the most prominent banking houses, a philandering, bohemian layabout and the least favoured of his father's offspring. Then a string of unforeseen tragedies leave his siblings unfit to take over the business and the black sheep has to grow up, fast.

The film covers a period from the turn of the century up to the beginnings of the nationalist revolution a little over a decade later. Financial and political intrigue, religion, soul-searching and forbidden love all get a piece of a wildly ambitious narrative any filmmaker would struggle to do justice to in a scant one hundred minutes; Empire is Taiwanese director Christina Yao's debut and for all her obvious devotion to the material (she also co-wrote the screenplay) her inexperience is painfully apparent.

Key plot points are glossed over or pieces of a character's arc snipped out wholesale, and Yao simply isn't up to papering over the cracks. She lacks any real lightness of touch, something that leaves mundane events dangerously close to hilarious and - with the gaps in the plot - means many bigger, more dramatic scenes come off as uncomfortably overwrought or fall somewhat flat.

As an example, there's no epiphany marking Kwok's conversion to the joys of filial responsibility; it just happens, so breezily it leaves the viewer wondering what on earth they missed. Jennifer Tilly's role (one of the stranger cameos in recent years) as a Western missionary hints at a further subplot that never develops. The only action is a few brief scuffles and two main setpieces, one featuring heavy use of CG which could have been lifted from another film entirely. The main plot thread - Kwok's assertion of his own identity versus his father's expectations - hits a peak just past the halfway mark, to the point it comes as a genuine shock to realise there's still more than half an hour to go.

Yet for all the flaws in the film's construction Empire of Silver still retains a great deal of power. Hong Kong DP Anthony Poon and production designer Yee Chung-Man turn in some astounding work here, largely free from any obsession with Asian exoticism or misplaced desire to have the cinematography double as a tourist trap. Kwok's journey to find himself in the desert is the obvious highlight, several shots practically begging to be seen on as wide a screen as possible, but Yao and her crew pile the imagery on thick and fast, interiors bathed in golden light, beautifully framed scenery and a wealth of period detail.

Though the fractured narrative hurts the film it doesn't strip the drama from it entirely. Even in those scenes that falter, the cast manage to give the script something of a matinee sweep. More so as the story continues; the central love story, Kwok's devotion to his young stepmother (Hao Lei, Summer Palace) may progress in fits and starts but what remains has enough chocolate-box enthusiasm to enthrall. The reintroduction of paper money lacks for background explanation and the nationalist revolution comes crashing in with a 'ten years later' but Yao directs with enough verve to drag the audience along even if they don't completely appreciate the significance.

Down but not completely out, then, Empire of Silver is far more than a curio. Its weaknesses may condemn it to relative obscurity outside mainland China or the main Asian markets but for anyone willing to look the other way every so often it is still very much worth watching. Gorgeously presented, with enough star power to keep the viewer engaged, while undeniably incomplete what's left here comes recommended nonetheless. 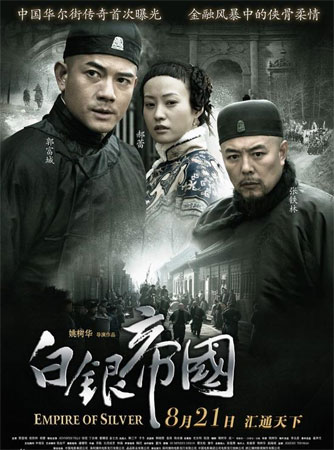 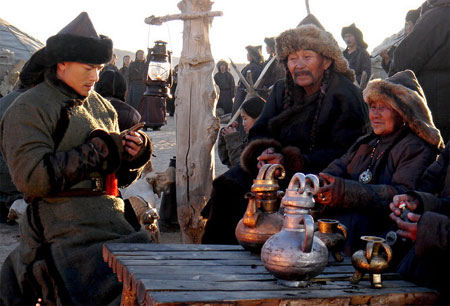 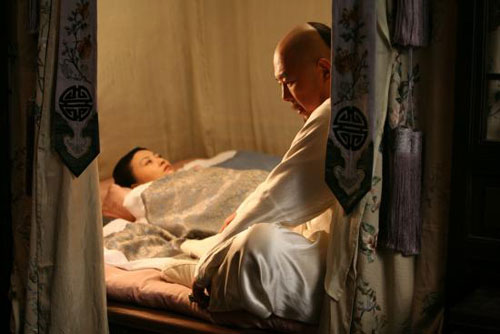 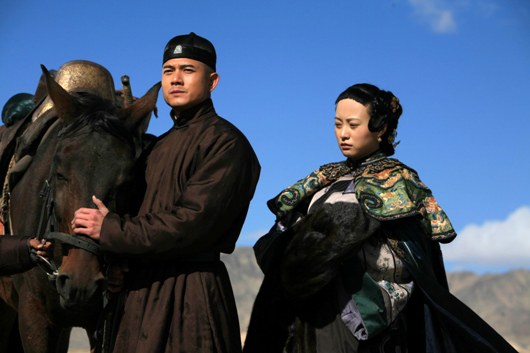 Do you feel this content is inappropriate or infringes upon your rights? Click here to report it, or see our DMCA policy.
Christina YaoCheng YiAaron KwokTielin ZhangLei HaoJin ChaiBiographyDramaFamily

More about Empire of Silver