ScreenAnarchy Checks In With Tak Sakguchi 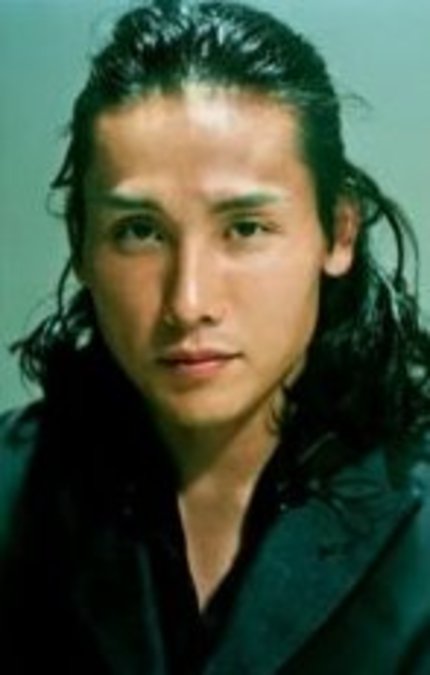 Tak Sakaguchi has been a busy man in 2008. In addition to choreographing fights for Tokyo Gore Police and serving as action director for High School Girl Rika: Zombie Hunter, he directed two features this year: Be a Man! Samurai School and Samurai Zombie (Yoroi) . ScreenAnarchy sat down with him in Dallas, Texas on Wednesday, August 20, 2008 in order to gain some insight into his current and future projects. The discussion, which was conducted with translation assistance by Chiho Mori, focused on his most recent output, including United Red Army, Samurai Zombie (Yoroi), and the rumored Versus sequel. He also provided some information about a new project he has in development. As usual, details are contained beneath the fold.

Sakaguchi played Takaya Shiomi, who was the co-founder of the Red Army Faction, in Koji Wakamatsu's film United Red Army. Tak was approached by Wakamatsu after a search for an appropriate actor, and agreed to participate based on the director's passion for the project. In preparation for the role, Sakaguchi studied Shiomi's Kyoto accent (Shiomi is from the area) by going to Osaka and Kyoto to learn the proper dialects. His role in United Red Army is more of a dramatic turn than his usual parts, featuring lengthy speeches and dialogue. Although this was change for him, Tak said that approaching the role with the same passion as his action work made it easier for him.

On Be A Man! Samurai School

Be A Man! Samurai School is Tak's directorial debut. He said making the film physically pushed him to the limit because in addition to directing and starring in the film, he only had 2.5 weeks to shoot it. The film has been playing the festival circuit but Media Blasters is set to release the film on North American DVD in the near future.

On Samurai Zombie (Yoroi), Ryuhei Kitamura, and Versus 2

Samurai Zombie (Yoroi) premiered at Puchan International Fantastic Film Festival in July 2008. It has yet to be released in Japan, but Sakaguchi is looking forward to hearing people's reactions. Ryuhei Kitamura, who produced the film and wrote the screenplay, recently talked about his plans for Versus 2 while promoting Midnight Meat Train in Los Angeles. Sakaguchi, however, has not heard anything about Versus 2 or the alleged American remake.

As is well-known, Tak has his own action team called Zero's. They have been pushing their stunts to new levels. For example, Be a Man! Samurai School features a stunt in which one of the team gets hit by a car traveling at a high rate of speed with no CGI or dummies. Also, in Samurai Zombie, one of the action team takes a hit from the front by a truck. Both of these stunts can be viewed on the demo reel linked below.

Tak's next project is a samurai period piece, which he says will feature a new style of action. He believes that this will be his ultimate action film. He has a Lone Wolf and Cub-style title in mind but the project has not been officially named.