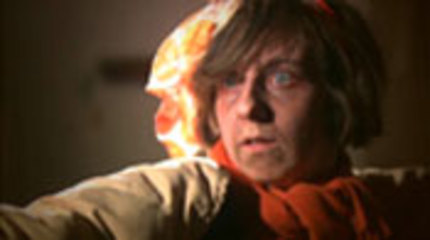 As we lead up to the launch of the 2008 Worldwide Short Film Festival here in Toronto I'm finally getting the chance to sort through some of the films appearing in other people's programs - I was responsible for the Midnight selections - and one of the most intriguing shorts that I've come across so far is The Object by Leslie Ali. Beyond the fact that it looks very strange and very cool this one jumps out because of the production company backing it: Michel Gondry's Partizan Films.

An outlandishly absurd tale about a group of greedy people who become enamoured by a small shiny cube that makes really nice sounds. Greed brings out the neanderthal in all of us.

You'll find the trailer in the ScreenAnarchy Player below the break.

Browse the complete player!
Upload a video to the Twitch Video Player!
Stop missing updates, sign up for the RSS feed!
Visit the official festival website