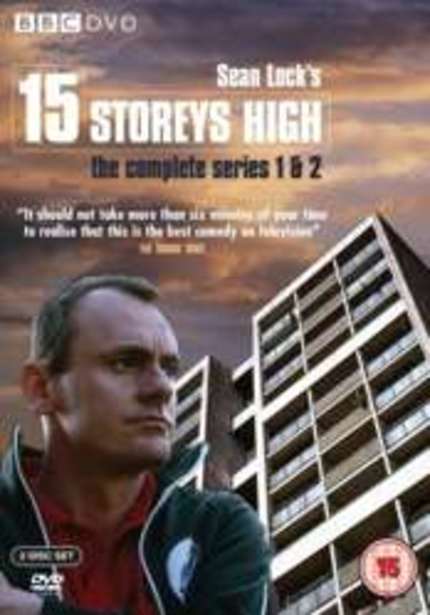 No running order, no intention to ply you into buying something you're not interested in. Nothing beyond a reasonably typical kind of end-of-year list that you'll no doubt have a certain amount of expectation for, and a chance to point out what I've picked up on this year, what I've enjoyed the most, and say why I liked them. A different day and a slightly different list, no doubt, but if you also enjoyed something in here then let us all know.

Black Test Car (by Yasuzo Masumura, 1962) - Both Fantoma and Yume Pictures have given us some Masumura of note in recent times, both add to the small range of titles available, and both add to the impression of Masamura's relative diversity in approaches. Here's a post-war industrial espionage tale that's deceptively bland in premise, with the major players fighting over dominance in the domestic car industry - spying, bribing, and general yakuza-like shenanigans aside, is the taughtness of the film in comparison to the relatively dark and drifting Red Angel which suggests eye's should be firmly on Masumura for many more surprises and that the man was simply jaw-droppingly talented in many departments. Irezumi, very much like any 'Pinky Violence' releases, but also something similar to a Zatoichi tale in it's tone, also comes very highly recommended. For me, that's Yume's best entry from his cannon that's not appeared in a subbed form elsewhere, and it issued a few months back in the U.K - this all points to a filmmaker who continues to gather a small fanbase who can recognise the quality despite the lack of the Big C label on the sleeve. Very fine disc from Fantoma too, and relatively cheap also.

Eye in the Sky (by Yau Nai-Hoi, 2007) - Familiar HK issues aside, this is another recent example of a Milkyway film that take what would otherwise be one overly-familiar element of a film being trotted out in an all-too-cliched fashion. Exloring the chase aspect of crime films, Nai-Hoi's debut feature proves far more pacey, interesting, and memorable than several of the films considered to be major players in the events of the year as far as HK films that got everyone talking. The tension is debatable, but the ability to keep things running along at a pace and drag the viewer in without needing to keep-up with too much detail (unless you want to) is what ultimately makes for a decent piece of filmmaking skill if nothing too original even for an undoubtedly genre-based local industry. Very impressive stuff, if you can forgive it it's all too obvious failings, with a skill at work that surely has the power to turn out a classic at some point - every bit the man to watch as the man Nai-Hoi has often written for, Johnnie To.

Perversion Story (by Lucio Fulci, 1969) - His reputation preceeds him, certainly, but far more interesting that the 80's gore schlock that made and secured his name, Fulci shows here that he's much more than an exploitation hack, more of an unsung master of exploitation films that have not seen the light of day - perhaps partly due to that aforementioned reputation - in easily-accessible editions since their original cinema appearances. Murder and Crime mystery is a given here, but more unusually is the fantastic style in which Fulci manages to, at first look at least, offer a story which remains largely unpredictable until the dying moments. You won't win any prizes for being all too aware that such films are much more likely to head into more unusual happenings and twists in the story, but there's an effective display of how this can all be done which brings this a fair way above most other examples of similarly-styled films I've seen. For my money, this is a far better film than his Lizard in a Woman's Skin.

Fifteen Storey's High (by Sean Lock, 2002 - 2004) - A belated appearance for the second series on DVD with this issuing of both series appearing in a two-disc set in the U.K, this is an early BBC Three show which, although advertised and seen at the time by many, simply didn't quite chime with the audience that later ended up discovering and understanding Lock's wonderfully deceptive simple joke structures and astonishingly deep observations; 8 out of 10 Cats, Q.I and other appearances left room for you to understand quite where the jokes were hidden away, plus he's a little more brutal with making the jokes. Here, Lock is Vince, a lowly swimming pool attendant and landlord to Errol, between them they're in some very bizarre situations thanks to the wonderfully eccentric behaviour they both end up displaying as they go about their lives. Not the easiest of things to offer up as a recommendation, because even though I've a lot of experience and time for comedy, this takes some acceptance and patience to pick apart where the jokes are actually comeing from. Once you do, it's highly addictive and astonishingly worthwhile.

Tattooed Flower Vase (by Masaru Konuma, 1976) - Not prime early Nikkatsu Roman Porno, perhaps, but incredibly memorable take on the classic and increasingly-familiar tale of a woman's behaviour transformed by a Tattoo - incidentally also seen in Masumura's Irezumi as seen above, and in Teruo Ishii's Hell's Tattoers / Inferno of Torture as made a whole decade prior to this; no doubt the idea long predates these films - with Naomi Tani being the middle-aged single mother in question who embarks upon a trainwreck relationship with the son of a late great Kabuki actor she once knew. Some of the shots, although familiar in their solutions, are so deftly timed and strikingly composed that the mood shifts on display here, in what initially looks suitably pedestrian until the extended sex kicks in and the idea of incest is alluded to, that it's hard not to simply be scarred by this in the most positive way imaginable. Some scenes, notably the cutaway's to a lone Kabuki actress on a stark white background, remind me of the few scenes I've been able to see from Takashi Miike's Big Bang Love, Juvenile A; a film finally arriving on DVD in America early in 2008. Kino's disc doesn't seem to suffer the infamous 'Kino Kurse', and looks fine and dandy. Optical fogging unfortunately intact, but still, the film's simply stunning.