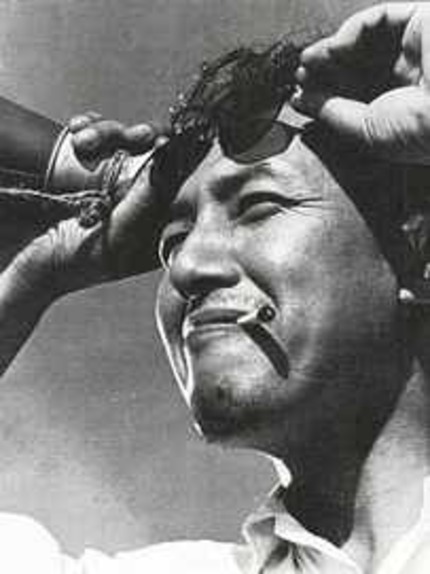 Thanks to Midnight Eye's Jasper Sharp to passing along some much-needed information on the Tomu Uchida Retrospective that he and Alex Jacoby are arranging for lucky London folk to take in during December...

Coming to the British Film Institute throughout December is a dazzling new 16-film retrospective of the director Tomu Uchida, put together by Alex Jacoby and Midnight Eye's Jasper Sharp. Both will be on hand to introduce a number of the films, while Jasper Sharp will be involved in a panel discussion on December 5th with Tony Rayns, Julian Stringer and Isolde Standish entitled "What's Japanese Cinema Got to Do With it?"

The season will be playing in a slimmed down version of The Outsiders, A Hole of My Own Making, A Bloody Spear at Mount Fuji and Twilight Salooon at the Bristol Arnolfini (www.arnolfini.org.uk/) in January 2008 and also at the Edinburgh Filmhouse (www.filmhousecinema.com/).

Reviews of the films can be found on Midnight Eye from our round-up of the 2004 Tokyo FilmEx festival and an indepth look at the first ever Japanese "Western", The Outsiders.

"A consummate stylist, director of superior genre films and shrewd social critic, Tomu Uchida has too long been neglected in the West."