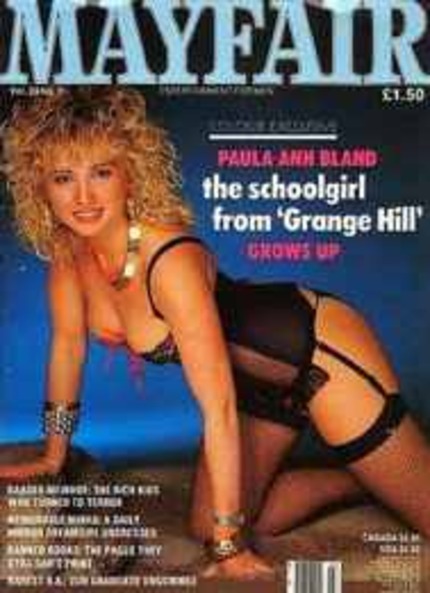 I've made (from memory) one selection in the past which I would call the pinnacle of modern comedy, now I'll make one for modern drama. Yes, even though 'Grange Hill' is a childrens drama, having run since the late 1970's (and still going relatively strong) it's often the period which matches up to the audiences own school days that they'll most fondly remember, but they often enjoy the show so much that it holds a special place in their hearts despite the difficulties they might have had then.

For me, being at school during the 1980's, I perhaps most fondly remember the peak of it's powers - it's always arguable, that part - when we had the anti-drug campaign 'Just Say No', something which took some of the kids to the top of the charts with a song of the same name, and to meet Mrs.Reagan and perform in front of a crowd after, as it later turned out, some of them had admittedly chosen to, erm, "Just Say Yes" as you might put it. How does it all work then? Well, the shows strength was in how directly and successfully it managed to approach subjects which were the undercurrent to the collective school populations real experiences in one way or another. Parents could complain, but they knew they reality and still reacted... kids could experience something they could relate to in a more complete and explained, resolved fashion, and the producers knew they were on the money if kids kept watching and the parents got more angry, but they were always willing and able to take it to the extremes that very few kids went through at school, and in such an abbreviated manner that it made for exciting viewing.

Usually starting with a new school year, the character shift around and go through their adventures in (and occasionally around) school grounds, and the highlight for me was always the chance that a season contained a particularly good school trip or holiday, the potential for danger, the relaxation of the relationships between the characters, the surprises that always had a chance of popping up. For me, all in all, the most important TV drama i've experienced, and I've always got a fond place in my heart for many of the characters who are as well remembered as people I actually shared my childhood with - I'm far from alone there, and it's not an odd thing to experience or mention when you've bonded with people in a show as well portrayed as this.

Nothing was taboo here (sex and death, everything in between), so it's also managed to maintain and grow an adult audience to the extent it's also been the possible clear inspiration for more peak time or post-watershed shows such as 'Teachers' (from Channel 4) and a couple of others too. Oh, and if you must know my favourite, I really admire George Christopher for his work in the late 80's... stunning stuff. We've been hoping for years to get another chance to see this drama, something we thought had been wiped and lost forever, so it's great to see it coming around again.