In exactly ten days the 28th edition of Lund Fantastic kicks off in the picturesque town in the south of Sweden (October 27 - November 5).

As previously announced, the festival opens on October 27 with Carlota Pereda’s sensational Sundance debut, Piggy, a blood-soaked thriller that presents a relevant, honest story packed with talent and emotion in equal measure.

Closing honors go to Justin Benson and Aaron Moorhead’s Something in the Dirt, a highly inventive love letter to the power of storytelling that celebrates art as something vital that gives meaning to life.

In between those creative and richly cinematic bookends, the festival welcomes a host of new features, classics and shorts from all corners of the world for in-person and online screenings (the latter as part of the festival’s extended partnership with TriArt Play).

Friday, October 28 treats viewers to a ‘utopia meets dystopia’ double bill in the form of Leonor Will Never Die, followed by the Swedish premiere of Natalia Sinelnikova’s We Might As Well Be Dead. Closer to the witching hour, haunted-house horror comedy Deadstream will bring the spooky fun as a film that’s topical while winkingly acknowledging the past.

On October 29, stories continue to take on a life of their own as ghosts (in both a metaphoric and literal sense) reemerge to cast shadows on the present. Jean Luc Herbulot’s high-octane genre-hybrid Saloum -- an action-horror with western vibes, steeped in myths of African oral tradition -- will be followed by Jenna Cato Bass’ post-apartheid horror Good Madam before a 30th anniversary screening of Bernard Rose’s Candyman returns Tony Todd’s immortal anti-hero to the silver screen once more.

On October 31, Lund Fantastic continues to look back from a present-day vantage point with a focus on the oeuvre of Stephen King. The Swedish premiere of Daphné Baiwir’s extensively researched King on Screen documentary will be followed by De Palma’s vintage adaptation of the famed storyteller’s first novel, Carrie, before an experimental, ‘collage’-reimagining of The Langoliers takes flight in Aristotelis Maragkos The Timekeepers of Eternity.

All this is just a tantalizing taste of what Lund Fantastic has in store for its first half. Read on to discover the full feature film lineup and get a glimpse into the diverse short film packages.

Be sure to check the festival’s official website for further details. 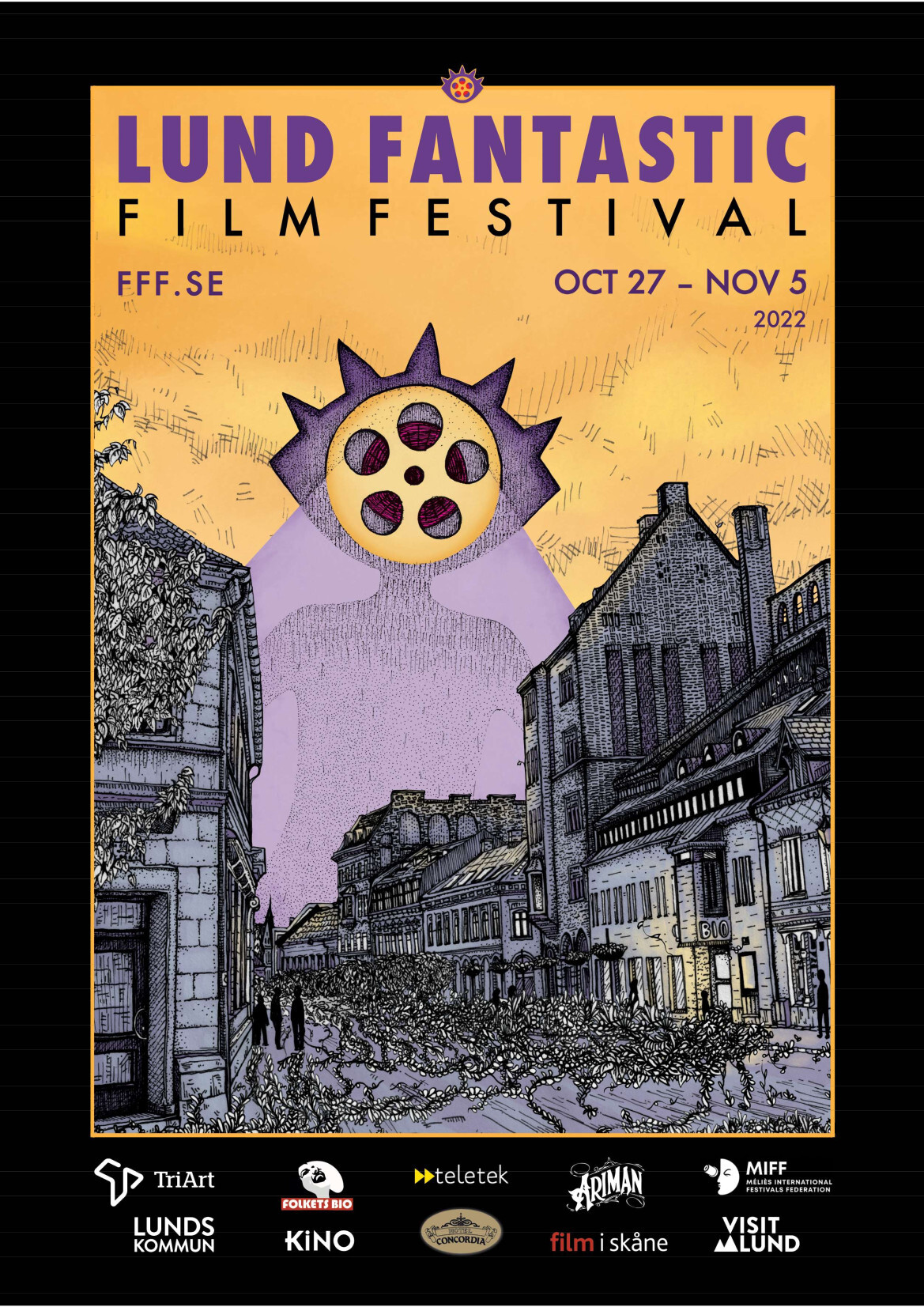 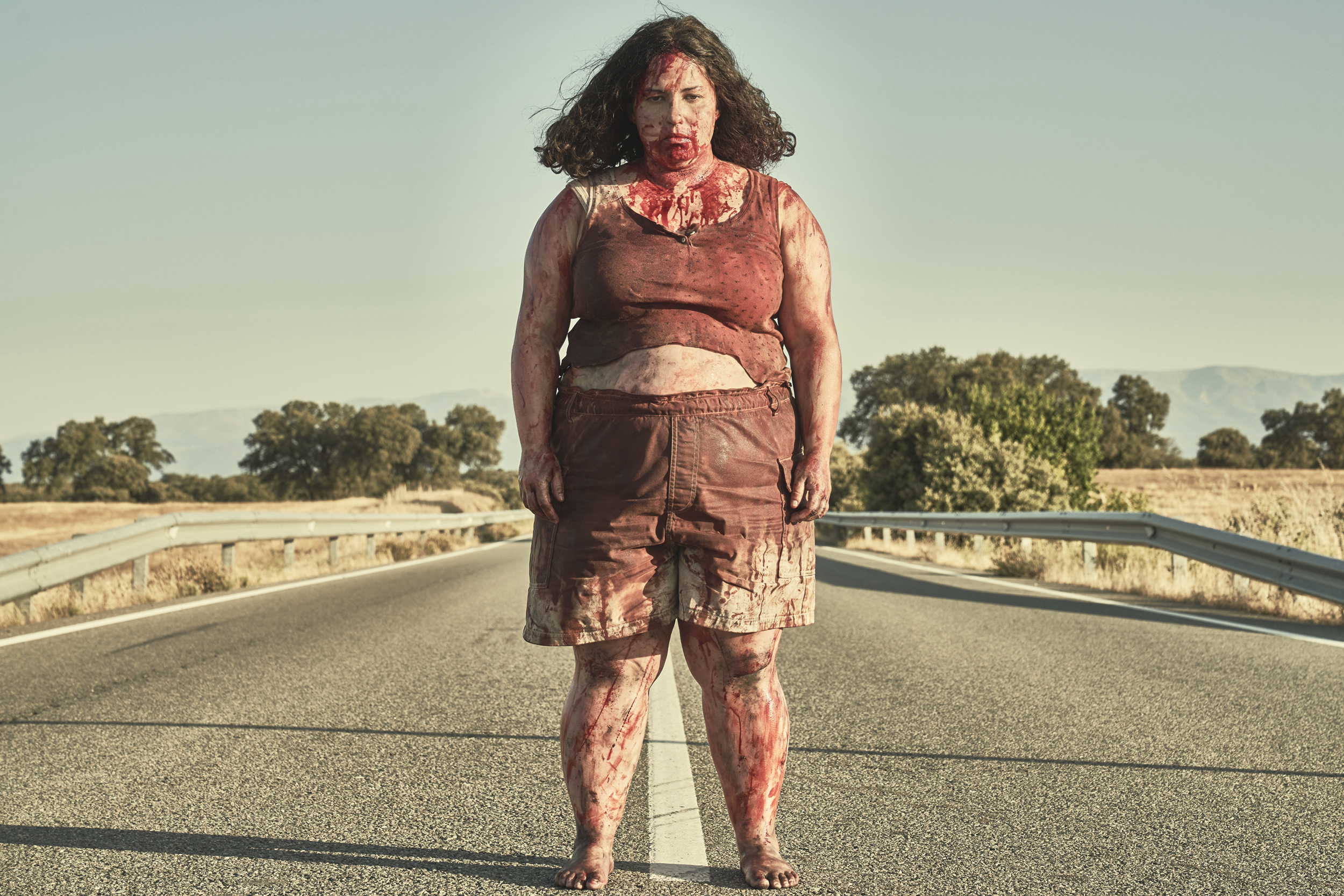 Piggy raises key universal questions around justice, family, trauma and self-love in a powerful yet subtle way that eschews easy answers. This brave, lonely journey towards self-acceptance, forgiveness and liberation is masterfully captured by Carlota Pereda in this beautiful slasher riff that takes us back to classics such as Carrie or The Texas Chainsaw Massacre but does so with its own twisted flavor. 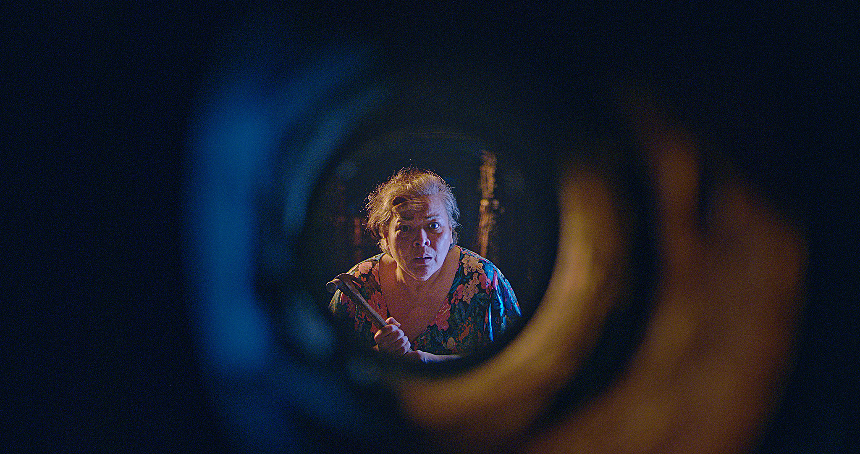 Leonor Will Never Die is a genre-bending meta story about a retired filmmaker who gets knocked on the head by a television and falls into a deep coma. Leonor’s body may be still but in her mind she is welcomed into her currently unfinished film, reminiscent of the glory days of Filipino action movies. Blending fantasy and reality as Leonor re-edits her film and life, this passionate debut will leave you feeling inspired and grateful to be alive. 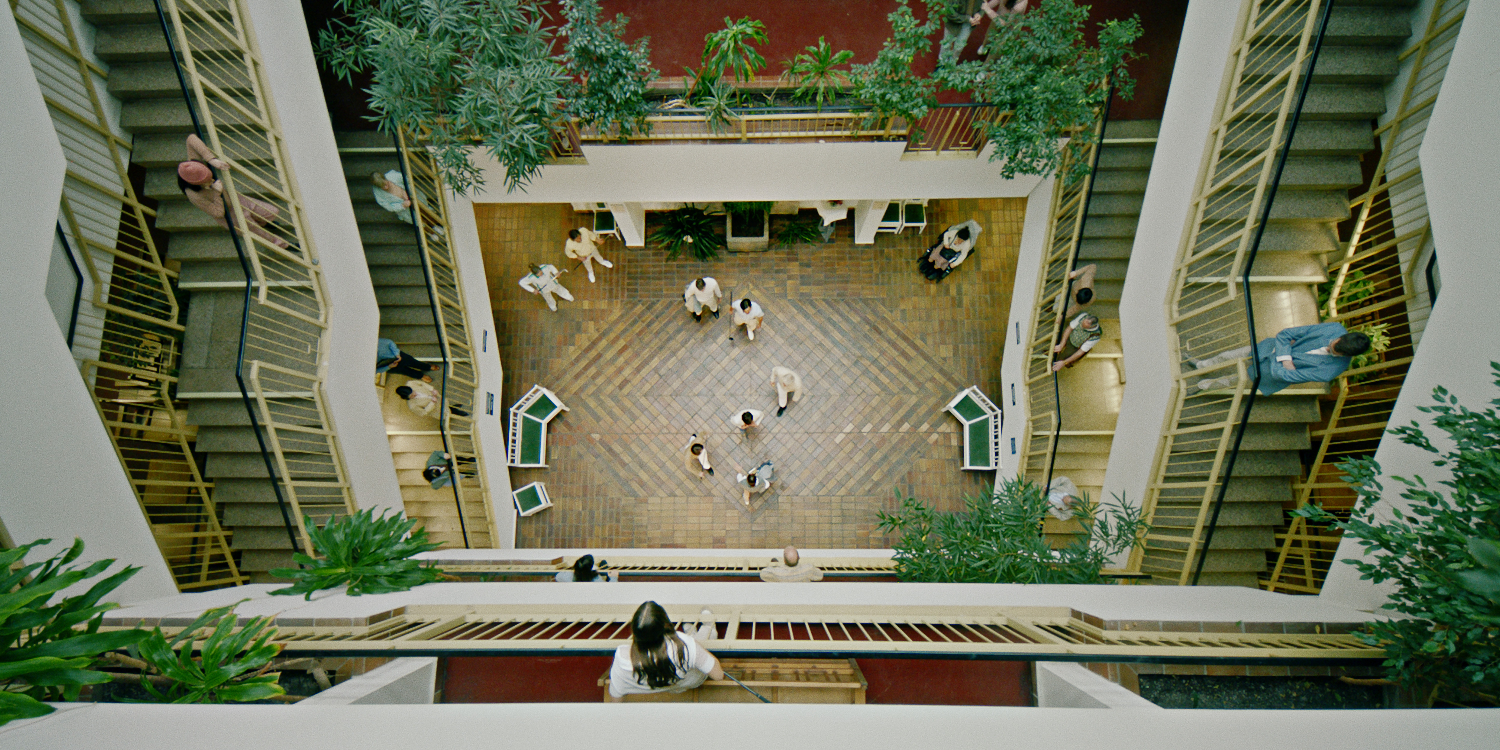 WE MIGHT AS WELL BE DEAD (Natalia Sinelnikova, Germany / Romania, 2022)

A presumed utopic safe-haven starts to show its cracks and slowly becomes dystopian in this impressive graduation film. We Might As Well Be Dead spins a tale of encroaching paranoia, peer pressure and the ‘danger’ of non-conformism as mob mentality takes hold and a ‘happy home’ turns hellish. A shrewd social satire that tackles xenophobia, Sinelnikova’s uncanny debut leaves viewers with a powerful reflection: ‘belonging or not belonging - which is worse’? 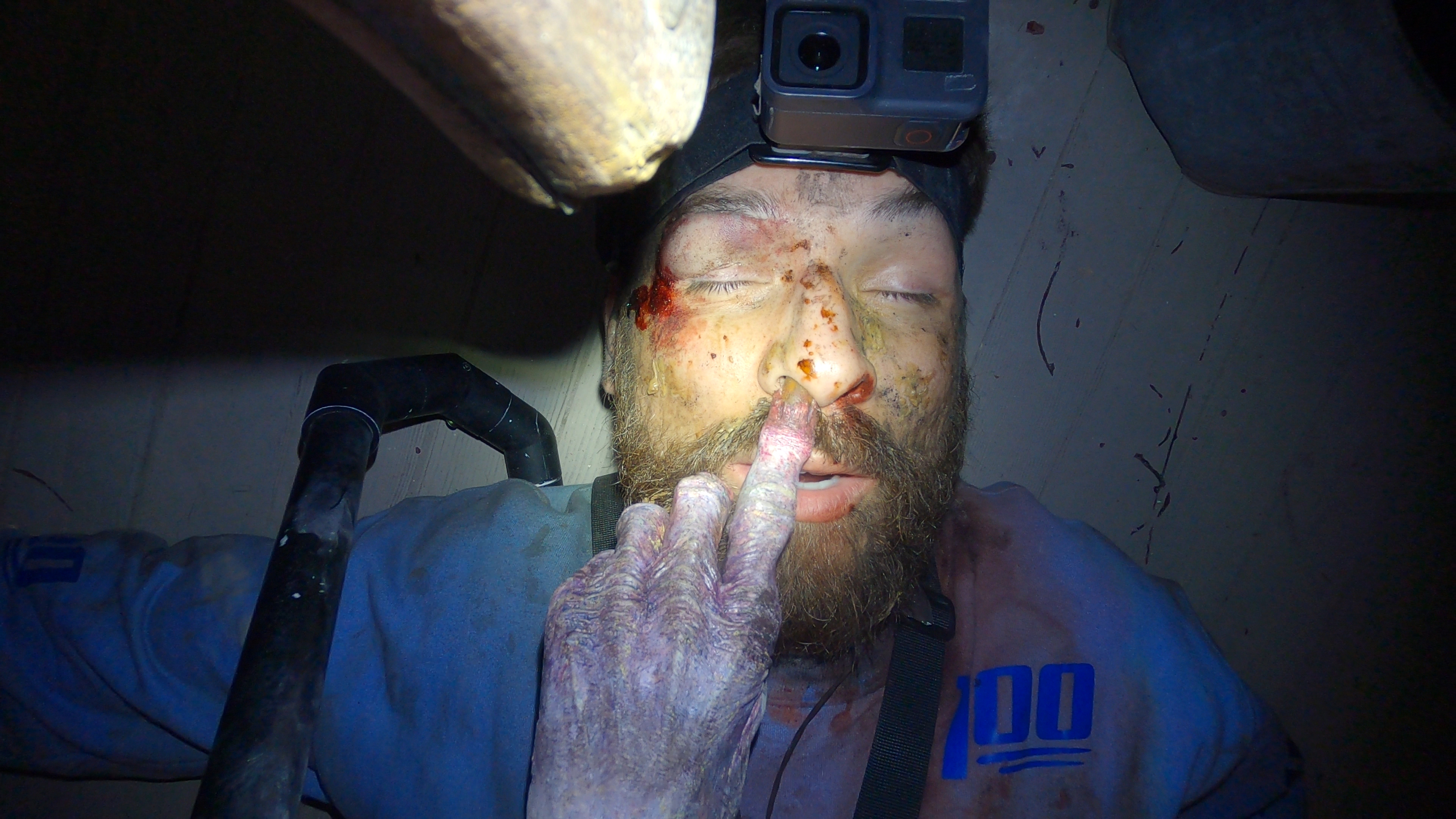 Flavored with the whole spectrum of jump-scares, haunted houses, blood and silly-but-scary ghostly creatures, Deadstream is wonderfully wrapped in a Gen Z parodical social commentary while taking you for a creepy spook-house ride. A fun take on The Blair Witch Project made with love and stuffed with eerie suspense, Deadstream is the found-footage horror-comedy you need in your life this Halloween. 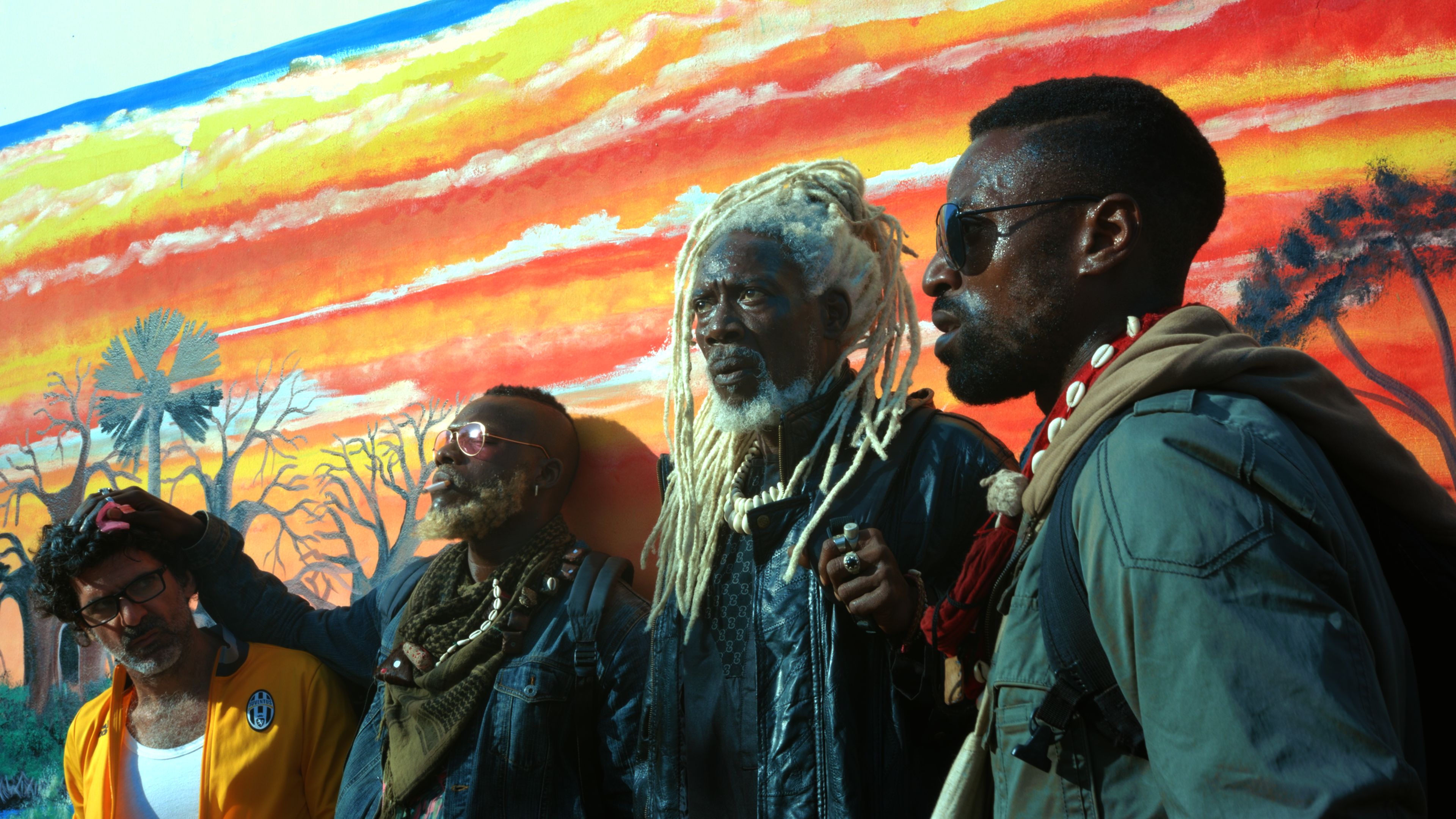 An energetic rollercoaster from Senegal, Saloum is an inventive calling card for writer-director Jean Luc Herbulot: a hybrid of a gangster movie and a western that tips its hat to mainstream international action cinema while being deeply rooted in African specificity, mysticism and the oral traditions of folk and tall tales. Saloum is a crime caper in which badmen try to make their great escape yet find their get-rich-quick scheme thwarted by a supernatural menace.

Ghosts from the past are front and center in post-apartheid horror Good Madam. Jenna Cato Bass’ haunting film explores the lingering legacy of South-African segregation and the almost casual, everyday racism that’s pervaded an affluent white suburb where a Black housekeeper’s family is allowed to move in on the condition that everyone respects the rules of the house. Confrontational and creepy, this historical horror film seeks to exorcize South-African trauma. 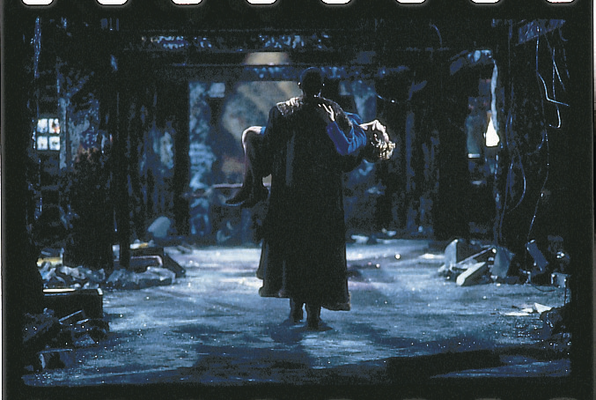 Chillingly adapted from Clive Barker’s short story, The Forbidden, Bernard Rose’s seminal take on urban legends stands tall as a film that sees a story take on a life of its own and tests the power of belief. Let yourself be transported to the Cabrini-Green Projects to the orchestral gloom of Philip Glass’ foreboding, gothic score and witness how the past is always present during Lund Fantastic’s 30th anniversary screening of Candyman. 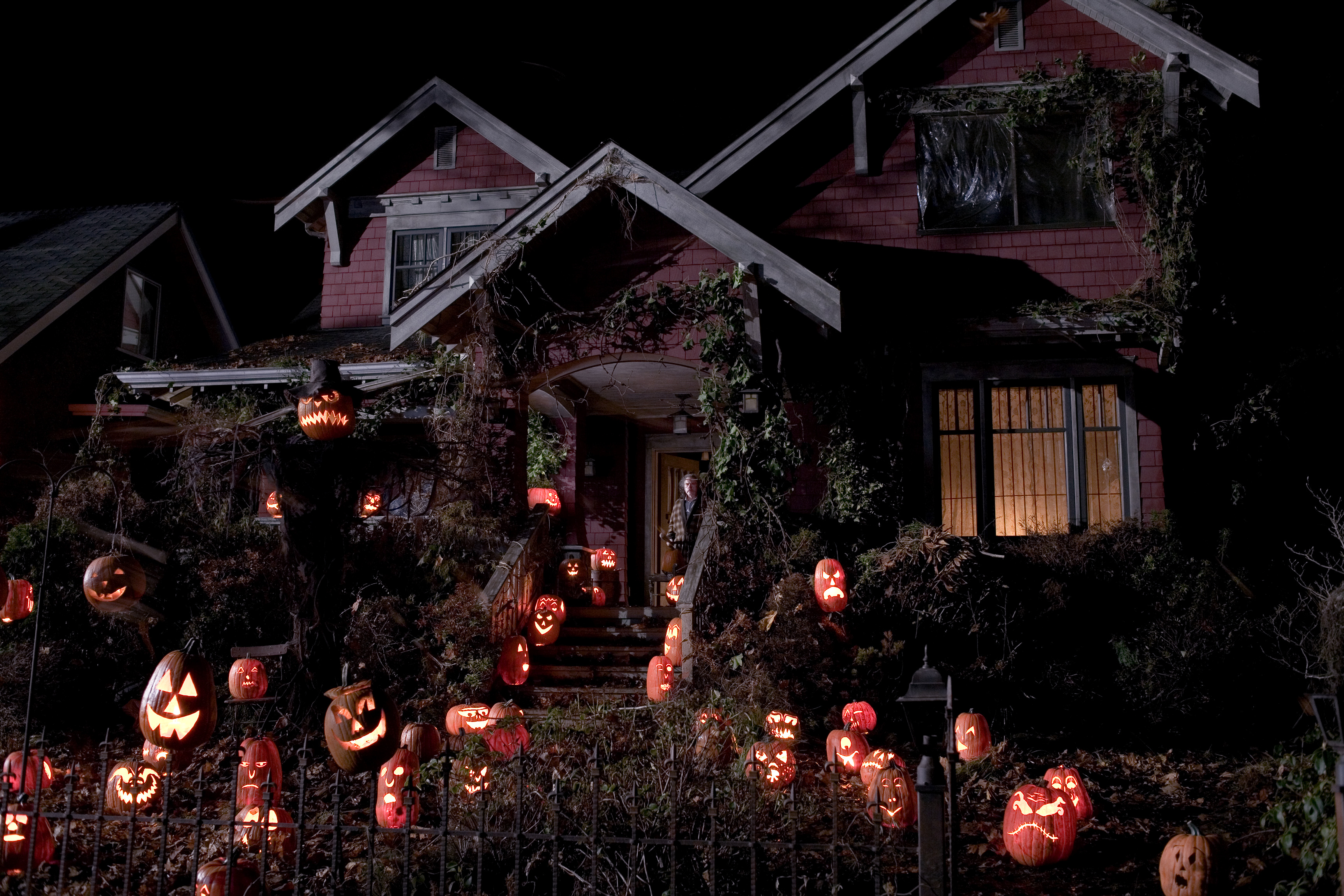 Michael Doughtery’s quintessential cult classic about the lore and legends of All Hallow’s Eve and Halloween is finally making its way to cinemas to celebrate the film’s 15th anniversary. A horror anthology full of autumnal delights and rich in holiday atmosphere, Trick ’r Treat spins a total of five deliciously interconnected tales about the do’s and don’ts on Halloween night, and the price one pays for not honoring tradition. 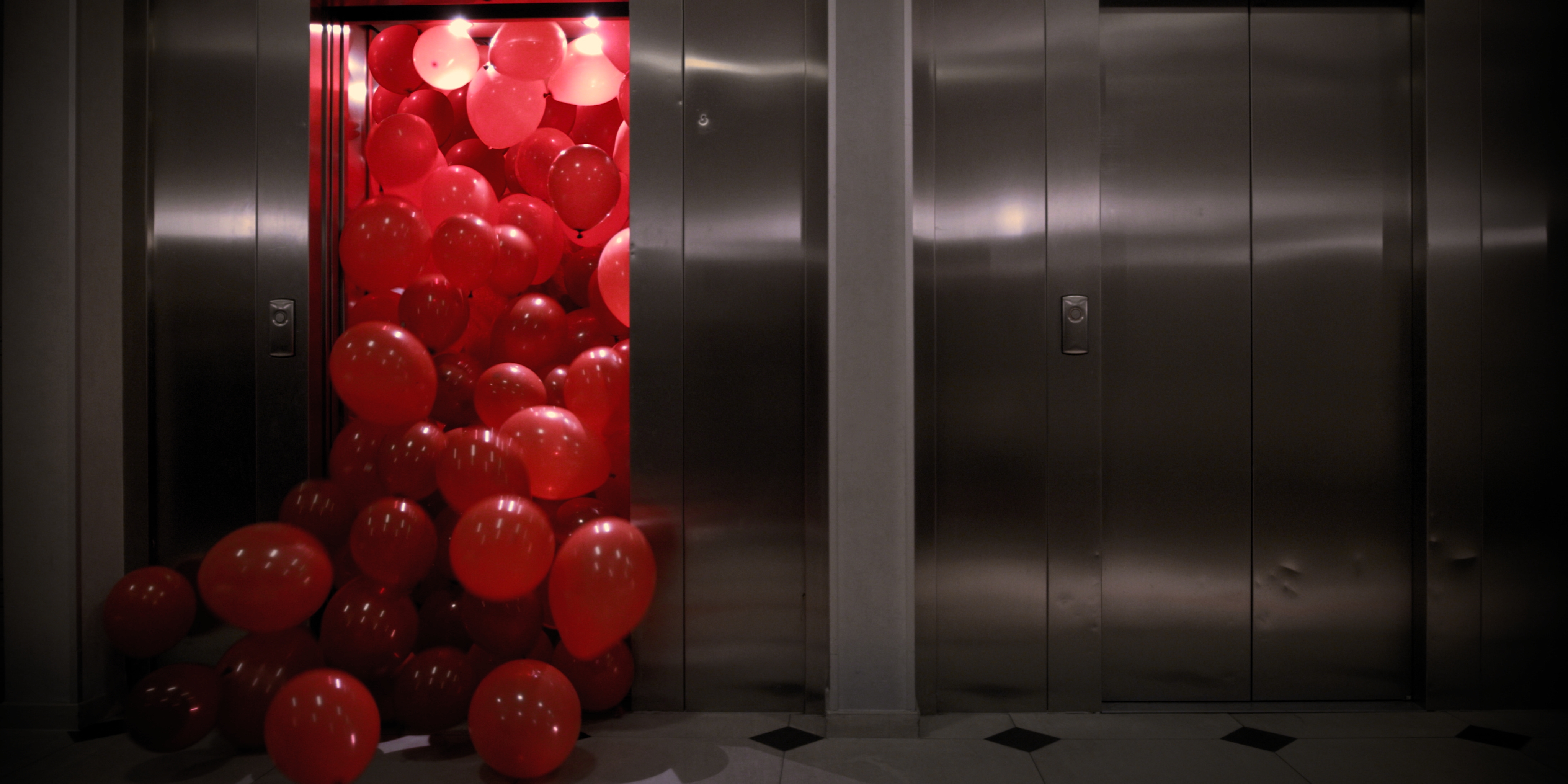 Daphné Baiwir’s passion for Stephen King shines through in King on Screen, a two-hour tour through some of the brightest stages in King’s film journey. Memorialized through the analytic lens of iconic film directors such as Frank Darabont (The Shawshank Redemption, The Green Mile) or Mick Garris (The Shining mini-series, The Stand), these conversations bring to light the secrets to King’s unrivaled and long-lasting on-screen success, a legacy that will only continue to grow as years go by. 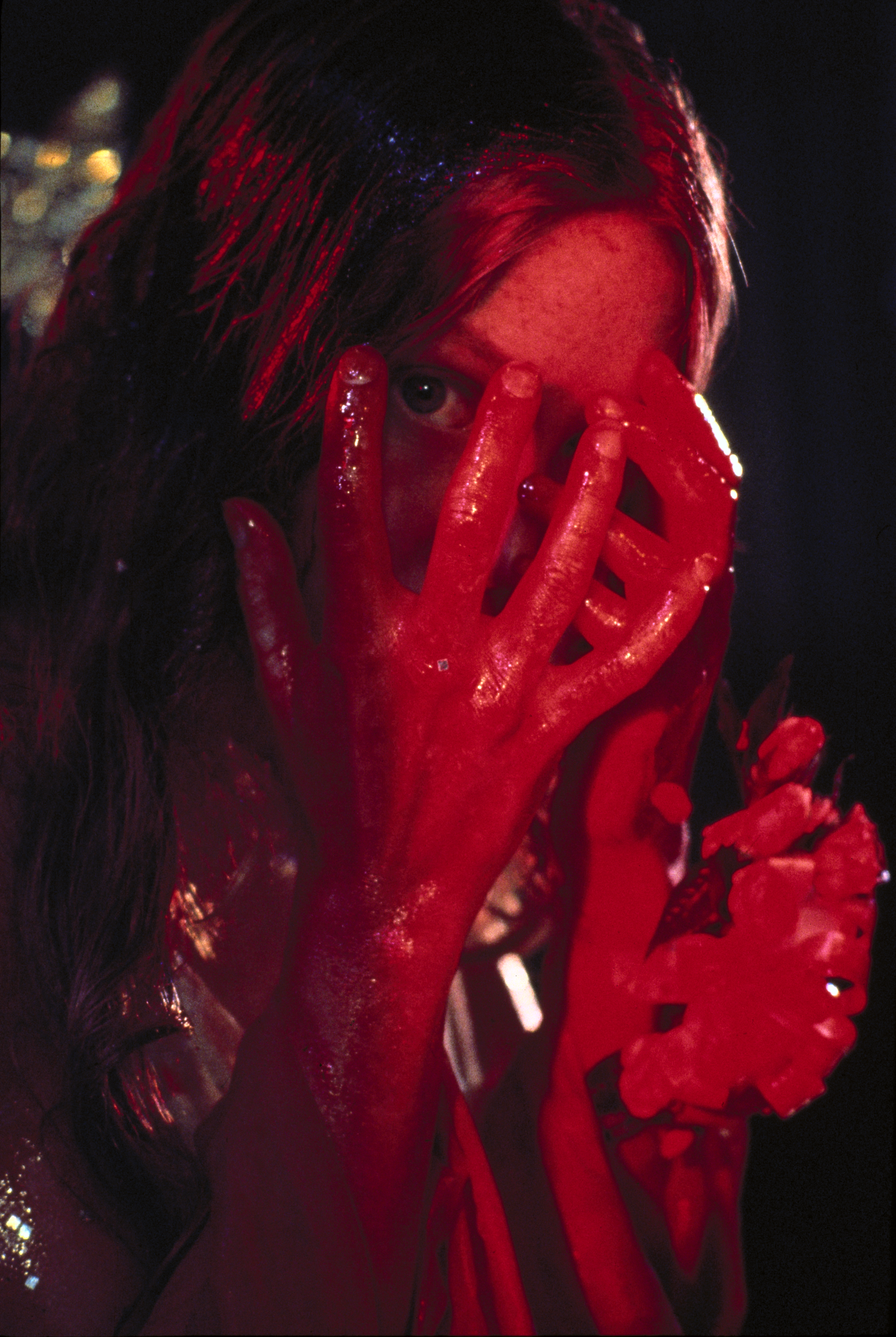 Based on Stephen King’s novel and directed by a young Brian De Palma, Carrie tells the chilling story of a shy, alienated teenage girl living under the overbearingly authoritarian hand of her mother, who claims to be protecting her through the practice of her religious ways and rules. Carrie presents a gentle yet blood-curling portrait about the mental persecution social outcasts suffer from walking down their high school halls all the way into their homes. 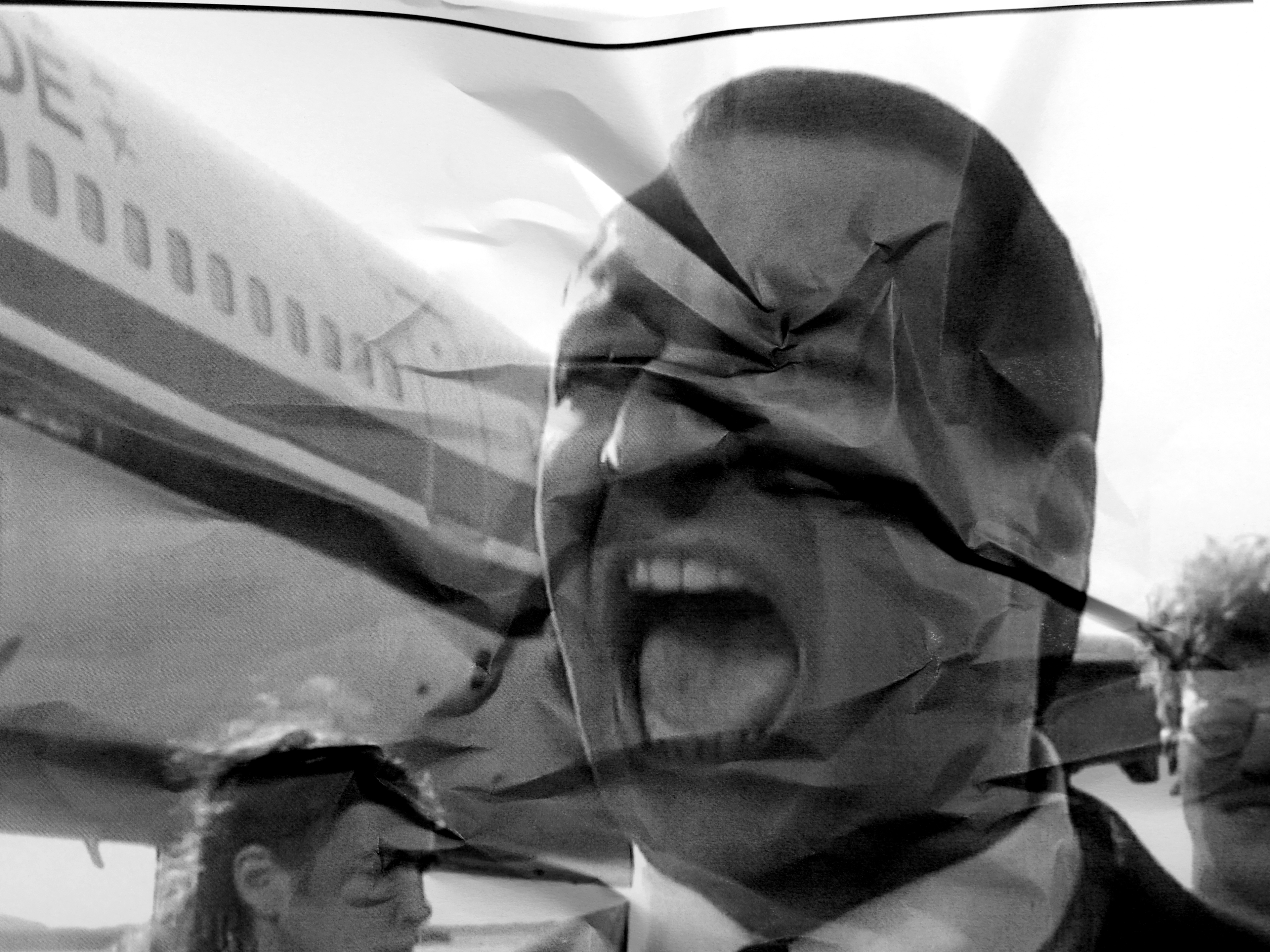 The Timekeepers of Eternity rewrites Stephen King's story ‘The Langoliers’ through the most impressive collage edit: a compelling reinterpretation of the already produced media made by printing Tom Holland’s original mini series into previously printed paper and re-composing it with the use of animation, new editing techniques and VFX. The result is a hypnotic and fascinating experimental experience, which will absorb you in the narrative’s turmoil in ways the original never managed to find.

A distinct riff on the serial killer formula that ponders the value of life and what it means to truly live, Katayama Shinzo’s ambitious sophomore feature, Missing, is a stark, stylish hybrid of a thriller and a drama that benefits from engaging performances, a three-act narrative that disrupts chronology to heighten its elusive mysteries and an unusually tense, singular climax that plays out over a memorable game of ping pong.

An inventive rom-com with a unique take on a lost woman’s pursuit of happiness, Ghosting Gloria shows a woman’s unconventional path towards self-discovery and personal expansion by the hand of a giving lover who will show her what real pleasure feels like; there’s only one complication: her newfound lover is a ghost! Expect to break all boundaries and be elevated to uncharted realms of spiritual connection, where the film will take you through a heartfelt journey full of entertainment. 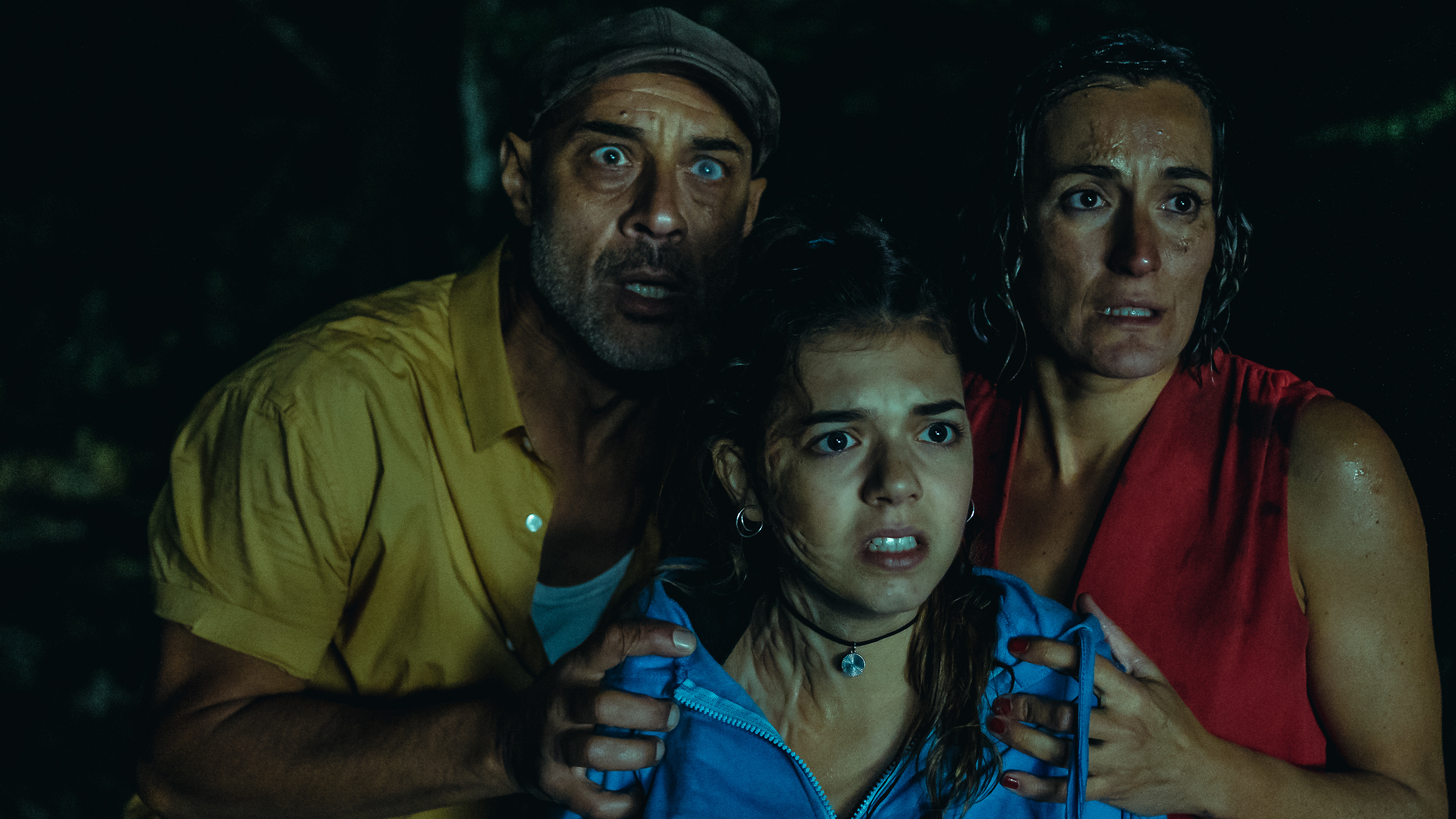 A well-executed love letter to our beloved genre classics, The Passenger is a unique kind of buddy comedy and sci-fi creature feature presented through a wonderfully polished look and badass special effects. All of it comes wrapped in 80s Spanish-culture nostalgia and with a sweet character arc that gradually reveals things are not always as they seem. 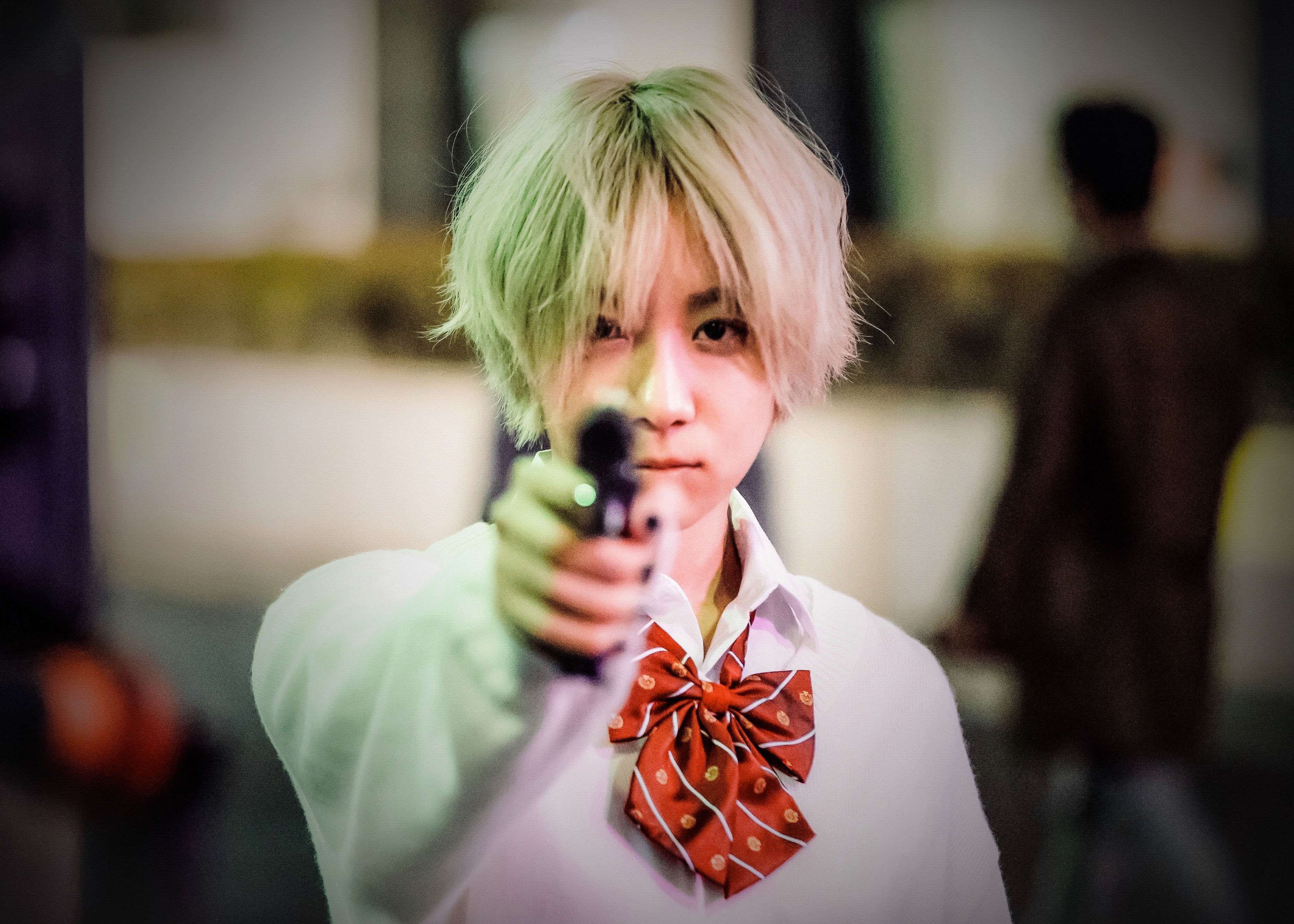 A coming-of-age action film about talented teenage assassins who are trying to figure out how to fend for themselves and get swept up in a violent showdown with yakuza thugs. Hugo Sakamoto’s Baby Assassins is as much an inspired comedy about the difficulty of growing into one’s own self as it is a polished martial arts flick that gives John Wick-style fight choreography a run for its money during its super-charged, life-or-death climax. 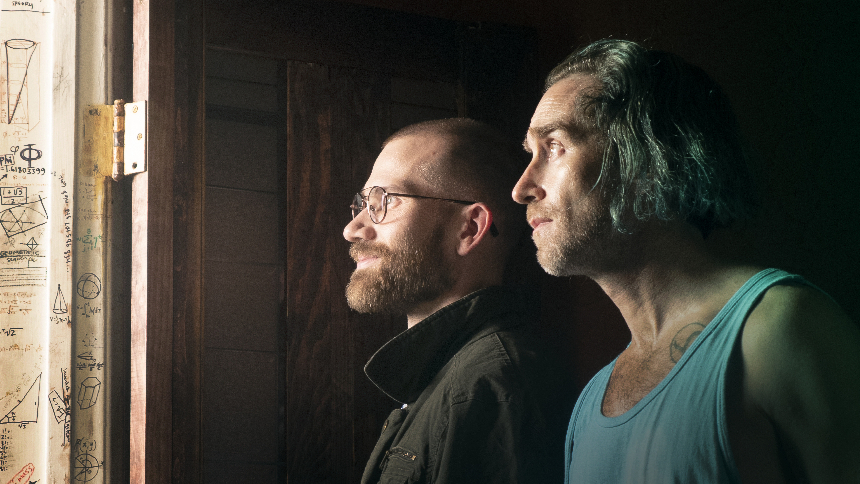 Benson and Moorhead’s latest tour de force, constructs an intricate cosmic puzzle that draws on various theories, pseudo facts, paranoid conspiracies and speculative science to further extend the idiosyncratic microcosm that this creative pair have crafted for themselves within a broader Lovecraft-verse. A heartfelt love letter to the power of storytelling, Something in the Dirt is a delirious head trip and a terrific allegory that captures the need for creative expression as it celebrates art as something vital that gives meaning to life.