Miike Takashi delivers a very entertaining kiddie film with countless monsters in it.

While Rotterdam's Camera Japan Film Festival sometimes mostly seems to consist of a wide variety of dramas, there are always a few crazy and/or spectacular titles to check out as well. And the festival scores big on both categories by including The Great Yokai War: Guardians in its program. Directed by Miike Takashi (who himself can be called "crazy and/or spectacular" too), this monster-filled big budget special effects extravaganza is a follow-up to Miike's own The Great Yokai War from 2005.

Which means this is... technically a movie for children. Uh-oh... 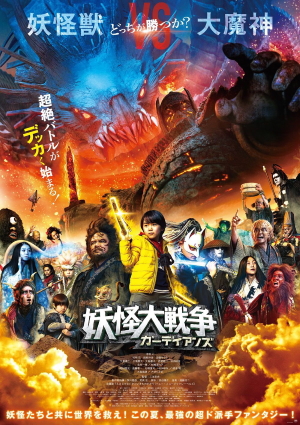 One of the larger islands of Japan actually consisted of two smaller islands in prehistoric times. When tectonic shifts smashed the two landmasses together, it created a mountain range, filled with the fossils of sea-life of millions of years ago. Urged on by an angry spirit, the ghosts of these fossils now suddenly gather and join, creating a gigantic monster with only one thing on its mind: returning to the sea. In its path is the city of Tokyo, home to millions of people and countless mythical creatures, called "yokai". These yokai hatch a plan to stop the monster, but they need a brave boy to help them.

Enter Kai and Dei, two young brothers who are blissfully unaware of any yokai, as regular humans cannot see the creatures. Kai and Dei do not stay 'regular humans' much longer though, when the yokai accidentally think the young but courageous Dei is their savior, and kidnap him. His older (and rather more scared) brother Kai now needs to go on one hell of an adventure to save his little brother, and travel through a mystical world filled with demons, nine-tailed foxes, dragons and even a very famous kaiju... Can Kai save Dei, and keep Tokyo from being totally obliterated?

This is not Miike Takashi's first film for children, but it might be the first one which actually qualifies as such. His earlier Yokai War film still featured people being chased by chainsaw monsters, a slimy creature being born from a cow, a bleeding sock puppet, and jokes about innocent people being accidentally shot in the head by the police. None of such extreme content will be apparent in The Great Yokai War: Guardians, which is so far removed from its predecessor that it can perfectly be watched as a standalone film. Some stuff in it will be too scary for the smallest in the audience, but generally it is tame enough for most to be assured of a good time. Miike's craziness shows not so much in sudden violence, but in some absolutely daft plot twists, and a bizarre finale which totally does not follow the rules of a normal narrative. Impressively, the outrageous way the plot resolves makes perfect sense in this particular universe.

Effects are all over the place, from fake-looking to fantastic, but the sheer amount of cool creatures subdues any criticism. I mean, going in you know what you want to see, and The Great Yokai War: Guardians gives it, in spades. Could the film have been better with some tighter editing? Sure, as always with Miike Takashi. But he's definitely done worse, and there is always something nice to look at. I left the cinema with a big smile on my face. 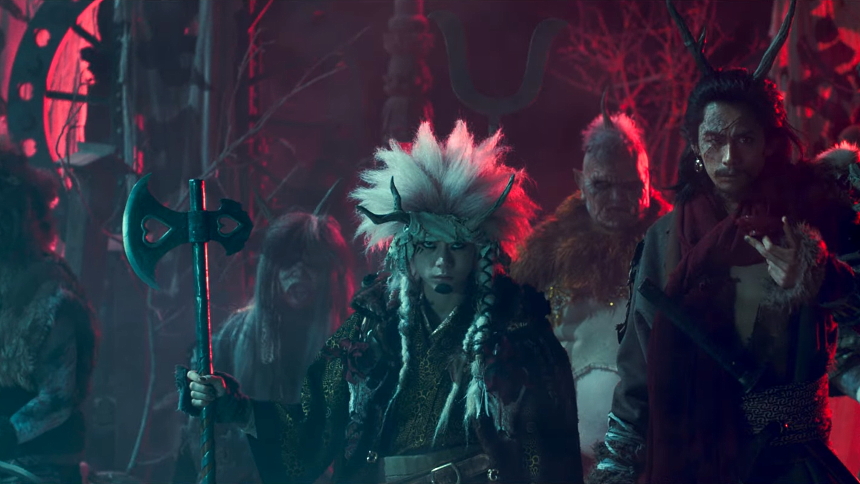 Do you feel this content is inappropriate or infringes upon your rights? Click here to report it, or see our DMCA policy.
Takashi MiikeYûsuke WatanabeKokoro TeradaHana SugisakiRei InomataAdventureFamilyFantasy