Chris Pratt, Constance Wu and Taylor Kirsch star in an action-thriller series that taps into an ugly vein in military politics, debuting on Prime Video. 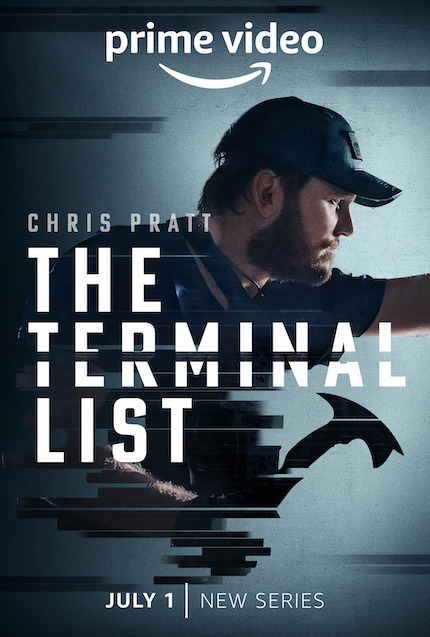 Thank you for your service. Now please stop killing people.

Upon his retirement from military service, former U.S. Navy SEAL Jack Carr, a distinguished 20-plus year veteran, wrote a novel about a distinguished Navy SEAL who embarks on a quest against those responsible for the murder of his loved ones. Write what you know, I guess?

First published in 2020, the novel has now been adapted into an eight-episode series, created by David DiGiglio, whose sparse credits stretch back to the adventure drama Eight Below (2006) and include creating the thriller series Traveler (2007). In The Terminal List, Chris Pratt stars as Commander James Reece, who is one of only two survivors of a mission gone wrong in the Middle East.

Returning home to his wife Lauren (Riley Keough) and young daughter Lucy (Arlo Mertz), Reese soon finds himself the sole survivor, and forced onto a path of personal vengeance. But was he targeted? If so, why? To cloud the issue further, his medical condition appears to be deteriorating since the deadly mission wiped everyone else out. Could he be delusional?

Nah!! Everything Commander James Reece does is honorable. He exercises superior strength, superior tactical ability, superior marksmanship, and superior morals. Simply put, he is the greatest man who ever walked the Earth, at least in the narrow, constricted world created in The Terminal List, where civilians have no idea how inferior they are to the everlasting supreme might of Commander James Reece.

Directed by Antoine Fuque, the first episode flies by like a speeding bullet, staging one incomprehensible and bloody action sequence after another. When things calm down a bit, it's only to create justification for Commander James Reece to exercise his superior abilities to hunt down and execute those who are Really Responsible.

He does his utmost to protect those he judges Innocent, especially if they are military personnel, but has little to no time to baby anyone, especially (imagine a subtle sneer in his flat pronunciation of the word) civilians. If they are guilty of a heinous crime, in the eyes of the Almighty Commander James Reece, they shall die.

As Yul Brynner said in The Ten Commandments (1956): "So let it be written, so let it be done." The Terminal List glories in its self-righteous repugnance.

Constance Wu also stars as an intrepid investigative journalist, out to blow the lid on military wrongs. Taylor Kirsch co-stars as an old buddy of Commander James Reece, who provides emotional, moral and military support. Many other people also appear in the series, mostly to die.

Do you feel this content is inappropriate or infringes upon your rights? Click here to report it, or see our DMCA policy.
Chris PrattConstance WuPrime VideoTaylor KirschUSJared ShawActionDramaThriller