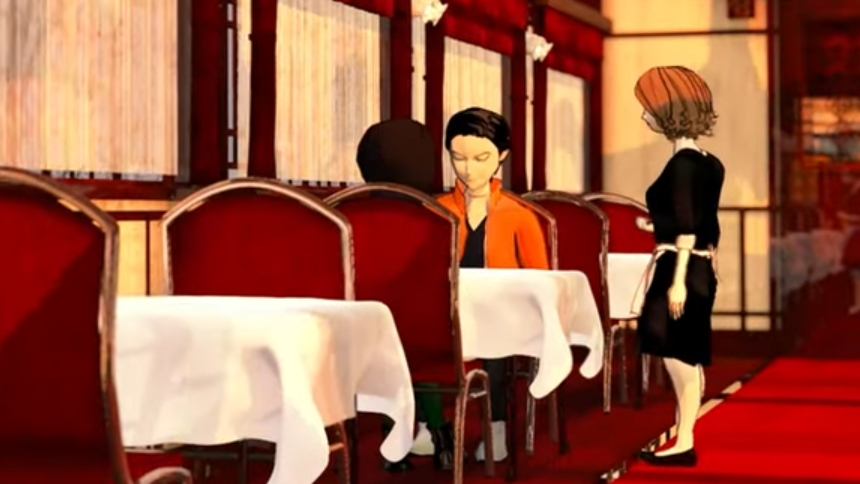 In the past, the International Film Festival Rotterdam was one of the few events in the Netherlands which allowed audiences to watch Japanese animation, and while that duty has now been taken over by a selection of other Dutch festivals, it still has the odd surprise for anime fans in its program each year. This edition we got the film Battlecry by writer/director/producer Yanakaya (single name only), a strange one indeed.

Storywise it seems business as usual: a new drug is doing the rounds in Japan, and heavy addicts slowly turn into shadow monsters. When armies across the world see these shadow monsters appear on their battlefields, the world bank sends an operative to investigate the drug and its origins. With the help of a retired Japanese soldier she uncovers a shady plot regarding an old nuclear accident on Japanese soil... but who can she trust?

So far, so good, so regular science fiction anime. But Battlecry's uniqueness is in its execution. Yanakaya made the entire thing by himself on his laptop as a CGI film, learning as he went on, and the end result looks like a cut-scene from the first 'Tomb Raider' videogame. And unfortunately I mean the 1995 'Tomb Raider', not the 2013 one. A few jokes land (a running gag about a main character's perceived self-image is actually pretty funny) and Yanakaya is rightfully proud of the 3D-models he created for his cityscapes, especially when wall textures appear hand-painted. But the animation of his characters is stilted, slow, and an exercise in corner-cutting, from making things happen off-screen to not showing lips move during conversations. The whole film looks like an inconsistent pre-visualization rather than a finished movie. I'm not really all that fond of 1990's videogame cutscenes anymore (even in the 1990's I'd get impatient already during gaming when these took too long), so to watch one for 75 minutes is often a bit of a slog.

The festival visitors of Rotterdam apparently liked seeing something that looked this different though, as they awarded the film a rating of 3.6 out of 5. That's pretty amazing when you consider that Bruno Dumont's much lauded mega-production France got the same score! Me, I would have given Battlecry a straight three, meaning somewhat interesting. It might scratch your itch, it might not.