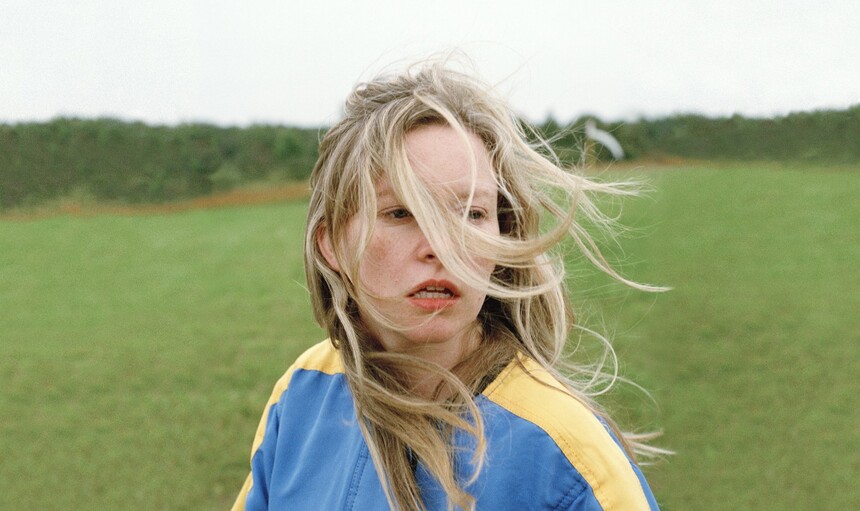 Human are social creatures, and as such, we all enter into social contracts in order to co-exist. The rules of these contracts vary from culture to culture, and evolve and adapt over time; nonetheless, in most social situations, there are ways that one is expected to behave in order to conform to societal expectations. But not everyone can figure out those rules, which are often arbitrary and fail to take into account the day-to-day struggles of many people, especially those who are neurodivergent, and we often punish or expect conformity when it's not plausible.

Canadian filmmaker Kazik Radwanski's latest feature focuses on one young woman who cannot, and often just will not, fit into these expectations. Anne at 13,000 is a direct and unflinching portrait of someone who just can't wrap their head around who, or what, they are supposed to be, and whose reactions are often extreme, as she tried to navigate a world which has no patience for her to figure out how to exist and lead something of what's considered a 'normal' life.

Anne (Deragh Campbell) has recently tried sky-diving for the first time, an experience that left her both elated, and perhaps pronounced a bit more the difficulties she has on the ground. She's recently moved into a new apartment, but her mother is unsure about Anne's capabilites for living alone. She meets Matt (Matthew Johnson) at a wedding and they seem to hit it off, but Anne doesn't know how to act about what they are. She has a job at a day care, but of of her co-workers bosses her around a bit, and again, Anne's reaction is not what we could call reasonable, or 'normal'.

While more careful attention has been given in recent years to mental health and more prominent ailments such as anxiety and depression, too many people still don't recognize the signs and symptoms and don't know how to treat its sufferers; such is the case with Anne. This is not to say that anne is blameless; while her co-worker might be condescending and difficult, Anne's reaction is not really good or acceptable. And yet, no one listens to Anne; she tries to tell them how she feels, but because it's not in the language that society has deemed appropriate, she is constantly told to 'calm down'. When she says something that maybe she doesn't mean or she thinks she's supposed to say or articulates her feelings in a non-socially-acceptable way, her excuse is that she's just making a joke; she has no other way to process people's reactions.

The script, co-written by Radwanski and Campbell, follows the cinema of naturalism and improvistion, a cinema that allows the viewer to feel like they are in the room, overhearing the conversation. Though in the case of this film, we're not in the room, we are standing right next to Anne and anyone she's with; Radwanski keeps almost every shot in either close up or at least medium shot (the rare logn shots being vistas of the city, for Anne's skydiving classes). This purposefully puts us in Anne's proverbial space: it creates a bit of stress as a viewer, so we understand that stress and anxiety in Anne, we see the world as she sees it: always closing in on her, making demands that she doesn't understand.

Couple this with some seamless and jarring editing by Ajla Odobasic, and we are in Anne's mind, and perhaps more, her soul, for this 75-minute journey. It makes sense that Anne seems at her best with children; she has their asme zest for life, and lack of understanding of or confirmity to society's rigid codes of behaviour. Campbell's performance is extraordinary; she is electrifying when she cannot contain herself, at brief times pensive and calm when her mind allows it, and yet always grasping for a way she can express herself. It's no wonder that people are both drawn to her and exacerbated by herself, often at the same time.

At once unnerving and, for those of us who have felt like Anne either at moments or perhaps more often, unnveringly relatable, Anne at 13,000 Ft is a remarkable film, a true indie that asks us to be front and centre in the protagonist's mind and heart, unflinching and raw in its portrayal of a spirit that cannot fit into expectations and doesn't know how to make anyone, or even themselves, truly happy.

Anne at 13,000 FT will be released by Cinema Guild in the USA shortly, including the Quad in New York on September 3rd, and the Laemmle Royal in Los Angeles on September 10th.

Do you feel this content is inappropriate or infringes upon your rights? Click here to report it, or see our DMCA policy.
000 Ft.Anne at 13Deragh CampbellKazik Radwanski