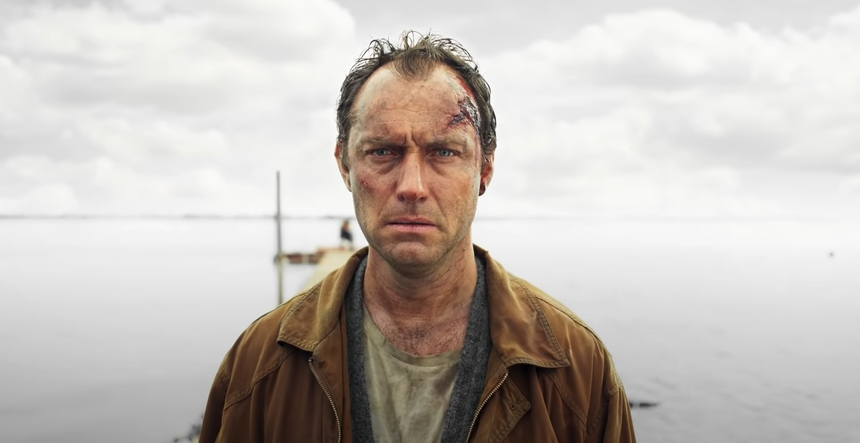 Folk horror has become a cornerstone of the genre for British filmmakers, with creepy woods, farmlands, and lots of public footpaths connecting them, allowing for Celtic and Pagan mysteries to be ripe for the picking. That being said, with it being so popular, it's hard to come up with anything wholly original, or that audiences won't be able to connect to many past films and television programs, and the risk of repetition and blatant imitation is strong; how do you find a new and interesting combination of the secluded woods, the weird innkeepers, the crazy townfolk, and their odd forms of worship?

The Third Day, a three-part Uk television series, premiered at TIFF before it begins airing this week on HBO and Sky Atlantic. With any  small town mystery horror, it's impossible to escape comparisons to films such as The Wicker Man and Midsommar, and TV shows like Twin Peaks. Certainly, all art draws from other art, and with studios less likely to finance anything that's fully original content, creators can sell more easily using references such as these. And it's not to say that the two episodes screened weren't enjoyable; more that, you'll see more of an amalgam of several common elements of British folk horror, both late 20th century and contemporary, rather than something unique. But there is comfort in that familiarity, especially with the talent in front of the camera.

In the first episode, Sam (Jude Law) is a man in pain: his is mourning the death of his son, as well as facing a financial crisis that could ruin his family and business. Far from home, looking for some solitude, he witnesses the attempted suicide of young girl Epona (Jessie Ross). He insists on taking her home, which is Osea, an island only accessible by a causeway when the tide is low. Sam takes her to the innkeepers, Mr. and Mrs. Martin (Paddy Considine and Emily Watson), who insist the girl is fine, on this odd island where a baccanalian festival is about to happen, and people whisper and stare at Sam, and the pub is where the party's at, and as hard as he tries, Sam just can't get to the causeway before the tide rises and he's stuck. Oh, and Epona seems to have disappeared.

Not just in this episode, but in the trailer as well, so much is reminiscent of that most beloved of folk horror films that a few times I almost laughed out loud (there's even what appears to be an grey-haird island patriarch in a suit, and people in animal-like costumes). That being said, when you have actors like Law, Considine, and Watson, you can overlook the strong similarities. Sam goes back and force between his insistance on leaving the island, and his subconscious efforts to evade doing just that, that you have a visceral reaction. The mood may be familiar, but it's still spooky as heck; we know these signs, of a just a bit too friendly innkeeper, locals who are a little too guarded, a festival that leans a little too much into danger. And yet, we want Sam to stay, because we want to see just what kind of mess he's already in, and how much deeper he can go. Even the smallest nuances make the story a little different, and the mood created by some very good editing and art direction, and the performances, draw you in and make you want to see what happens nexts.

We then skip ahead to the fourth episode and several months later; Helen (Naomie Harris) decides on an impromptu trip with her daughters Ellie (Nico Paker) and Talulah (Charlotte Gairdner-Mihell), and somehow she decides on Osea Island. They talk of needing a break after a tough year, but also wonder how they can afford even a few days' holiday. Driving through the somehow deserted and rather garbage-strewn town. They find the airbnb cottage they booked is not available (and Helen has a few guesses as to why); and nothing else seems to be open. The three stumble upon a half-finished resort, witness something pretty scary, until they finally find refuge in the pub, with the suddenly returned Martins and other townsfolk.

It's a good decision not to just give the viewer the first two episodes, but entice us as to how the story will evolve. While we know something about the island, we're still in the dark, as Helen is, as she tries to find a bed for the night for her family. You know from the outset that she's in danger, as a woman with two young girls in tow; and while episode one focused on a fairly small section, episode four introduces us to how big this place is, and even then, hiding is not an option. And yet, like Sam, Helen plays a bit loose with time, as if, despite her protestations, she is purposefully delaying their departure to guarantee they remain on this creepy island.

While it leans more than its fair share on older stories, The Third Day proves itself entertaining enough, with a strong cast and some good work on atmosphere, to lend itself to a limited show. Let's hope the full series finds its own mark to put on a familiar tale.

Do you feel this content is inappropriate or infringes upon your rights? Click here to report it, or see our DMCA policy.
Charlotte Gairdner-MihellEmily WatsonJude LawNaomie HarrisNico ParkerPaddy ConsidineThe Third Day