Now on Blu-ray: Severin Films Delivers Filth To Your Doorstep With ROBOWAR, THE BEAST IN HEAT, & NIGHT KILLER

Severin Films is one of the most reliable purveyors of high-quality trash on the planet right now, and their latest trio of releases for July is no exception. Today we're looking at three of the sleaziest exploitation films out there with Bruno Mattei's Robowar, Luigi Batzella's The Beast in Heat, and Claudio Fragasso's Night Killer. Check out the details below 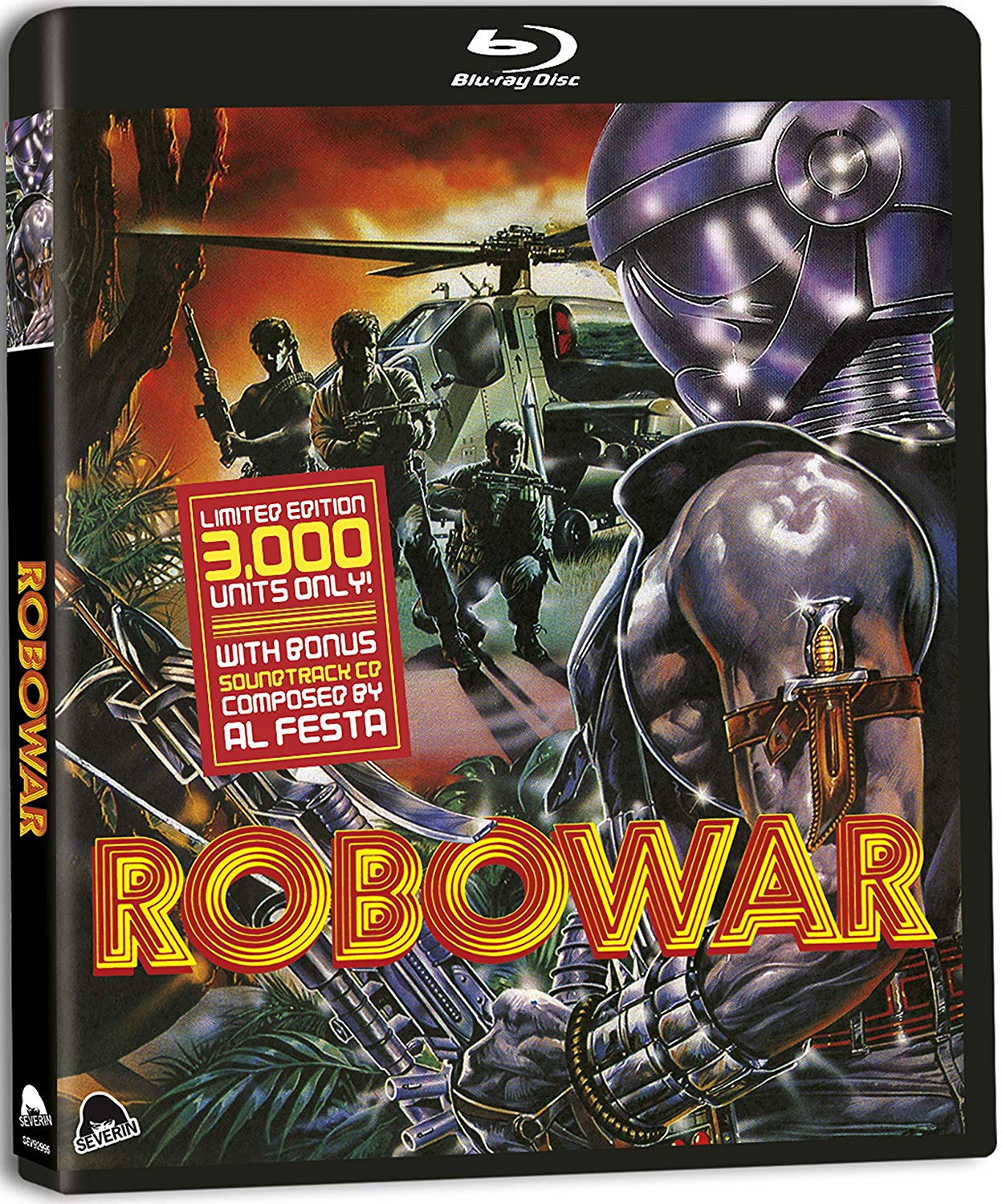 Trash master Bruno Mattei would like to ask you what if Robocop took place in the jungle, and also it wasn't Robocop but Predator, but then later actually Robocop? Are you interested yet?

Robowar is one of Mattei's most beloved ripoffs with good reason. It takes the high concept of John McTiernan's 1987 Predator and dumbs it way down with a cast that included the shoutiest actor ever to live, Reb Brown. Brown and his team go into the jungle on a rescue mission, but soon themselves on the business end of a bunch of goddamned lasers being fired from a secret government project that looks like a full grown man in one of those Halloween costumes you used to buy in a bag at a convenience store back in the '70s. It is glorious trash and I want to live inside of this movie forever.

Big ass men fire big ass guns into big ass trees and occasionally each other on repeat for ninety-one minutes. It's my idea of heaven.

Mattei was no stranger to quick turnaround ripoffs, having completed the equally mind-bending Shocking Dark just a year prior to Robowar, but this is perhaps his finest achievement. Insane dialogue, characters dumber than a sack full of nickels, and explosions aplenty make Robowar A-plus material for any film fan looking to get their rocks off.

Never before available (legally) in the United States, Robowar makes it's home video debut in a startlingly good 4K restoration from the original negative with both Italian and English language audio tracks. I can't imagine Robowar ever looked this good, even in the cinema, and Severin Films deserve a Nobel prize for this contribution to arts culture. As if it wasn't enough to bring this pristine edition to the market, Severin overloads the disc with bonus material, including interviews with co-writers Claudio Fragasso and Rosella Drudi, performers Catherine Hickland, John P Dulaney, Jim Gaines, Jr., and Massimo Vanni, along with a fun reel of Hickland's original behind the scenes home movies.

Robowar is a goddamned gem of a motion picture, and it belongs in any self-respecting cinephile's collection. 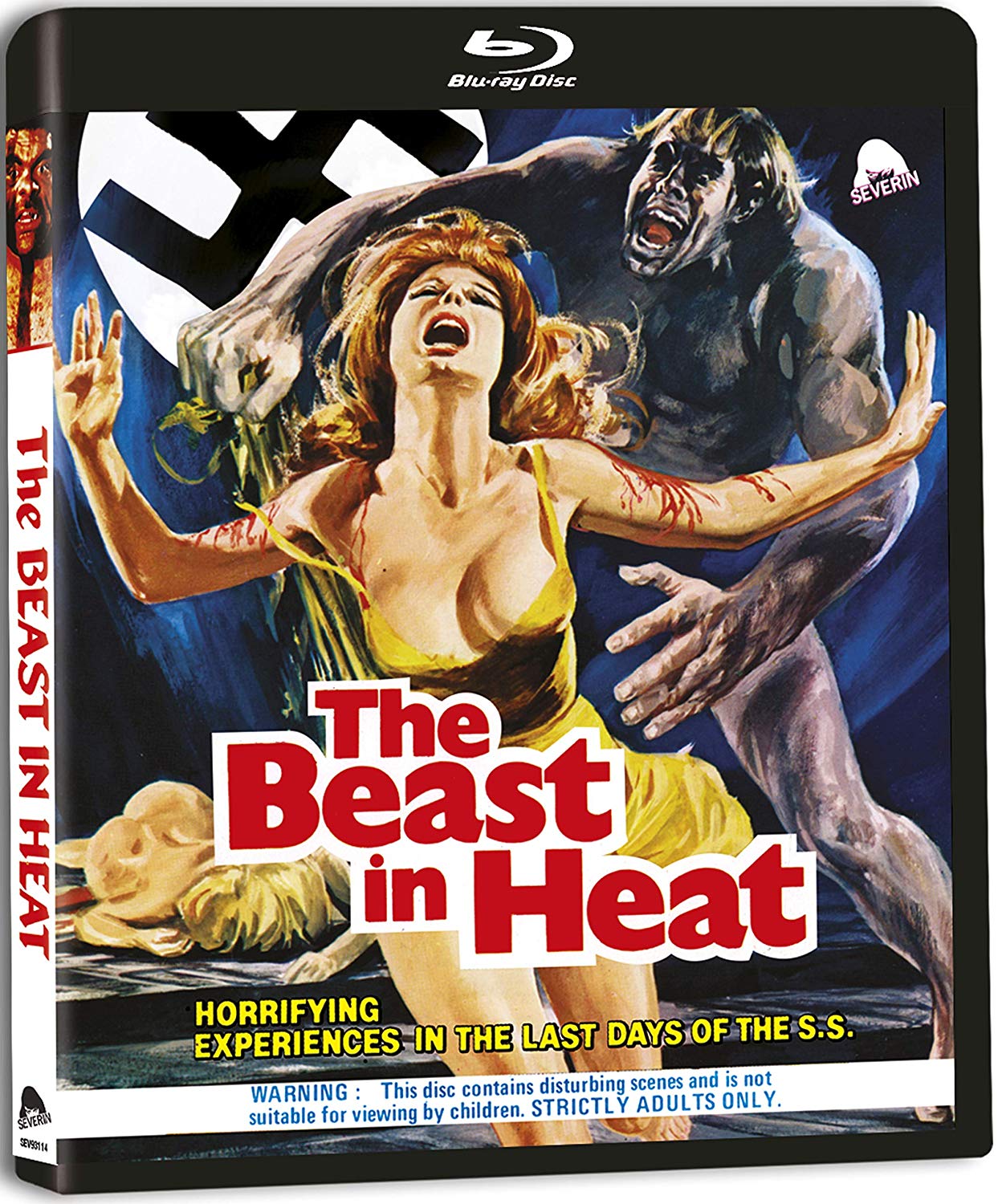 Of the countless exploitation genre booms of the '70s, Nazisploitation is perhaps the most curious. Born of a desire to both put butts in seats by delivering the most insanely offensive content possible on screen, and simultaneously way of processing the indescribable evil of the Third Reich by making a mockery of it, these films wound up shocking audiences dumb in many cases. The very idea of using the suffering and deaths of millions of innocents as the backdrop for exploitation is almost unbelievable, but the material that came out of the genre almost surpasses our wildest depraved fantasies. Case in point, director Luigi Batzella's Italian shocker, The Beast in Heat.

Half sleazy sexpoitation feature, and half partisan war drama, The Beast in Heat is an incredibly bizarre film that brings delivers some of the genre's most shocking moments. A sadistic (weren't they all?) Nazi officer played by Macha Magall has a plan to breed a race of super-soldiers with the help of a troglodyte engineered for his physical and sexual prowess. The problem is, he's also an inhuman killing machine just as likely to kill his partner as mate with her, perhaps even more likely. Not satisfied with giving up, Magall continues feeding young fertile women to the Beast in the hopes that her master plan will come to fruition, but I think you know where this leads.

Meanwhile, a group of partisan fighters is attempting to fight back against the Nazi interlopers without much success. In a bizarre parallel plot thread, The Beast in Heat morphs into a fun-house mirror version of Roberto Rossellini's Paisan as the partisans fight out the final days of their campaign. The tonal dissonance is jarring, to say the least, but it all blends together to create a genuinely unnerving experience that fans of the genre will puzzle over.

Another new HD scan from Severin Films delivers The Beast in Heat to fans in an alarmingly clear new edition. Bonus materials include an informative feature length documentary on the history and importance of the Nazi exploitation film era from high art like Maîtresse and Salo, to straight up trash like The Beast in Heat and everything in between. For newbies, it's a good primer so have your notepad handy, old hands with Nazisploitation will still learn a thing or two about the machinations behind the scenes and the films' cultural significance, even if they don't pick up any new titles. The disc is capped off with an interview with author Stephen Thrower, which covers some of the same ground, but with a significantly more academic bent. Thrower's additions to any home video release are always welcome, and this one is no exception. 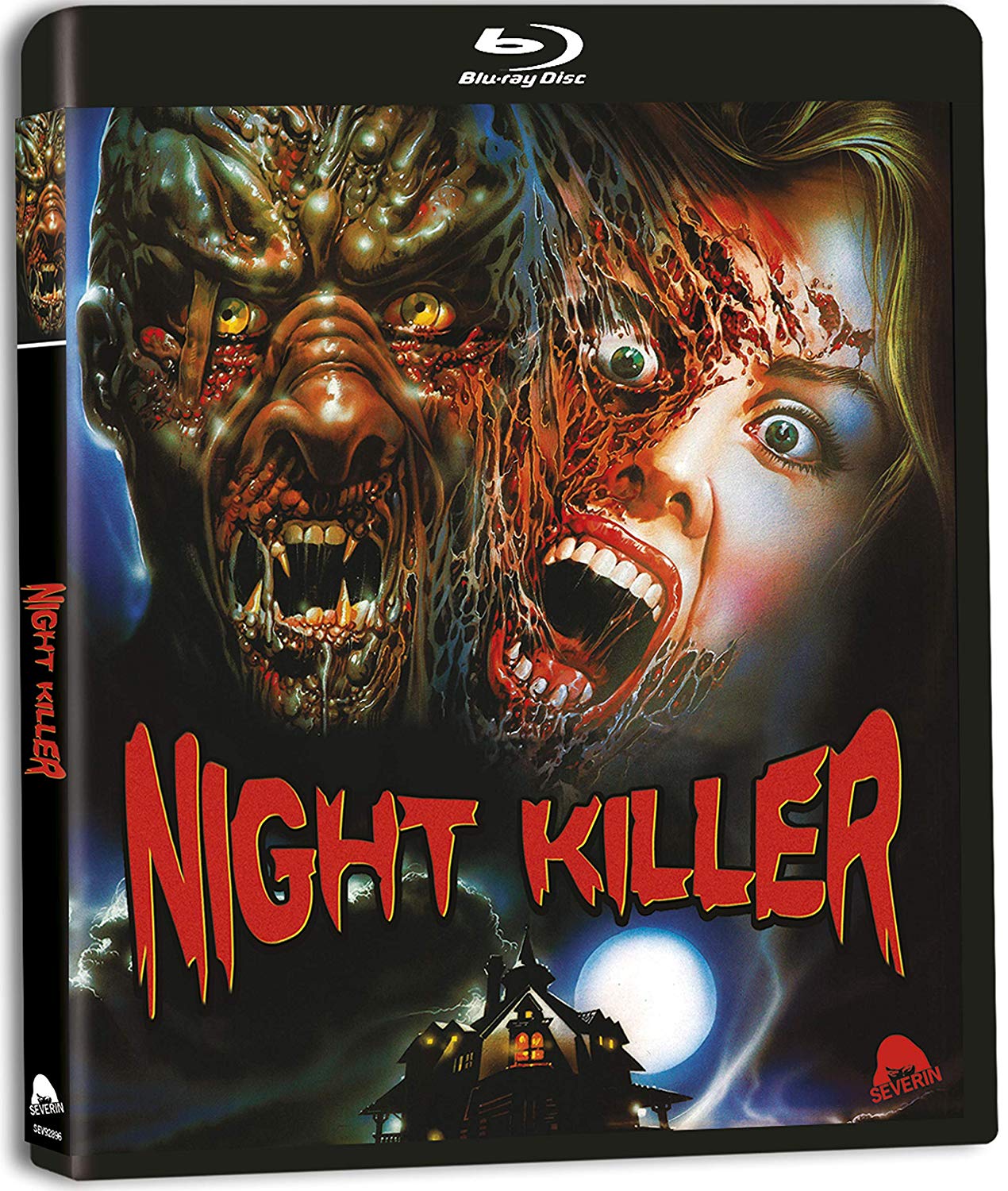 If there is a winner among this month's titles, it'd be a fierce fight between Robowar and Claudio (Troll 2) Fragasso's Night Killer.

I'm rarely at a complete loss to describe a film's plot, but Night Killer has me more than a little bit flummoxed. The film involves a psychotic slasher in a monster mask, a domineering asshole determined to keep a suicidal woman from offing herself by trapping her in a room, a dance troupe (?), boobs, insane musical choices, some of the best/worst acting I've ever seen, vulgar phone calls, Freddy Krueger fingers, fried chicken, and that's just the stuff I can remember off the top of my head. It's a crazy-go-nuts experience from top to bottom that makes not one goddamned lick of sense, but is incredibly compelling.

Directed by Fragasso around 1989, the film he and co-writer Rosella Drudi (Robowar, Shocking Dark, and many other insane-o gems) had in mind was much more cohesive than the final product. The reason? The film Fragasso delivered to his producers was deemed to be not quite sleazy enough, and they brought in Bruno Mattei to shoot some over the top gore sequences that turned this already confusing film into a mindfuck for the ages. You've never seen a movie like this.

A 4K restoration from the original negative, Severin Films' new release of Night Killer is proof that, if there is a god, he loves exploitation films most of all. It's a thing of brain-blasting beauty, and the audio fares just as well, treating the WTF line deliveries and equally WTF music choices well. Severin includes additional interviews with Italian trash masters Fragasso and Drudi on the disc to round out the package, but honestly, no amount of context could make this movie make sense, and I wouldn't have it any other way.