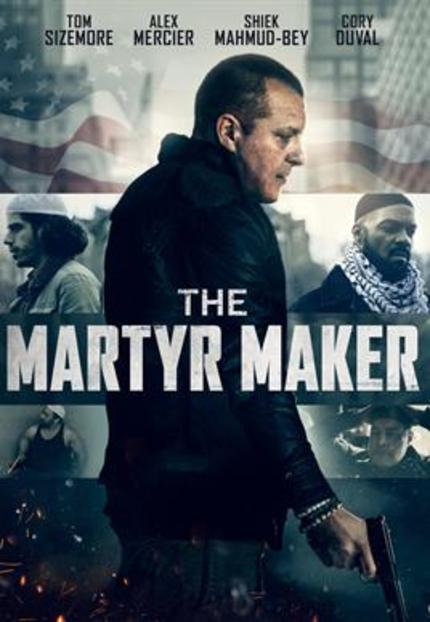 Indie Film Maker and former member of the comedy group the Jerky Boys Kamal Ahmed, has released his latest film titled "The Martyr Maker".  The film  stars Golden Globe Nominated actor Tom Sizemore (Pearl Harbor, Black Hawk Down) , who plays the head of the CIA, in this Political Thriller, as well as a slew of talented upcoming actors  such as: Alexander Mercier ,Shiek Mahmud -Bey, and Cory Duval.

The Film tells the story of  an American born Muslim who after struggling with his islamic roots, explores different aspects of the religion, leading to a deadly calling.  The film will be  released by Stuart Alson of ITN Distribution.  The film will be available world wide starting june 4, on Amazon Prime.

Do you feel this content is inappropriate or infringes upon your rights? Click here to report it, or see our DMCA policy.
ITN DistributionKamal AhmedStuart AlsonTom Sizemore