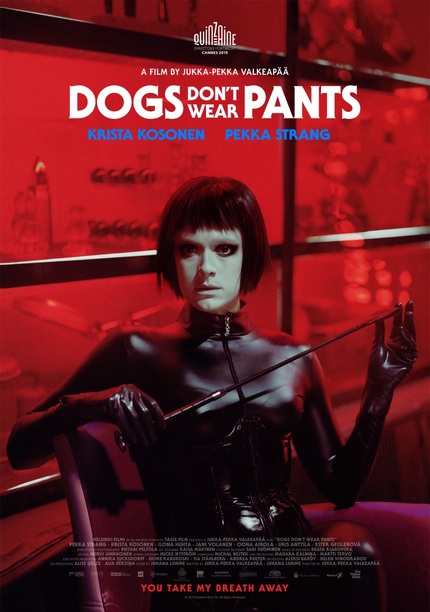 We've been given a first look at the film a stunning poster featuring Krista Kosonen and two brand new clips - one of which is NSFW - that highlight a couple of key moments in the film while also giving our readers a peek at the kind of beautiful filmmaking they are in store for with Dogs Don't Wear Pants.

The first clip shows the moment that forever traumatizes Juha, as he attempts to rescue his wife from the accident that claims her life. The second (NSFW) clip demonstrates the lengths to which he ends up going to recapture the feelings she inspired in him.

Dogs Don't Wear Pants has its world premiere in the Quinzaine at the Théâtre Croisette on Tuesday, May 21st at 8:45 AM. I predict you'll hear a lot of chatter about this film once it is unleashed upon the world.