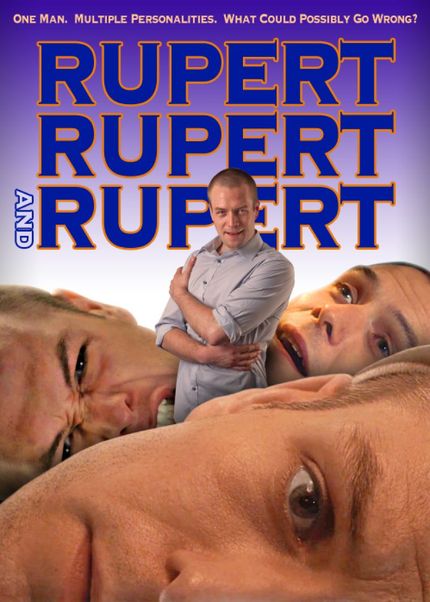 Rupert, Ruper & Rupert centers around Rupert (Sandy Batchelor), a struggling actor with multiple personality disorder whose three identities battle for control after he lands the role of a lifetime as the lead in a West End play. But when he falls for makeup artist Stevie (played by Daisy Keeping), his personalities threaten his career and love life so he seeks help.

The UK dramedy was produced by Phil Harris, Tom Sands and Mick Sands, from a screenplay by Mick Sands, and will be available in North America and the U.K. across popular digital channels including Amazon, Google Play and others on April 26.

Do you feel this content is inappropriate or infringes upon your rights? Click here to report it, or see our DMCA policy.
ComedyGlobal Digital ReleasingIndieRupert Rupert & RupertTrailer