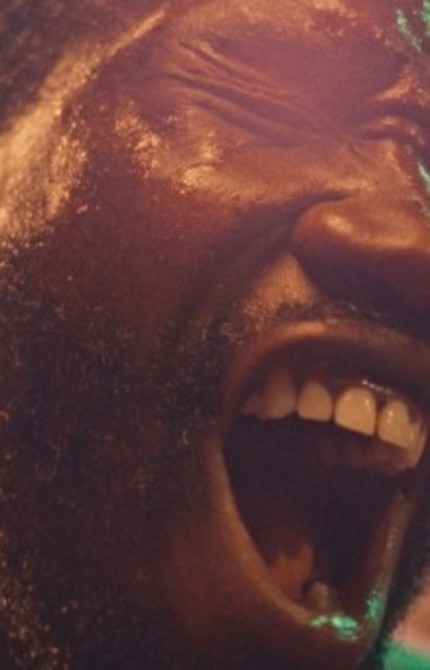 All jobs and professions require certain skills; most of these can be learned, allowing most people to learn as they go along, and become better the longer they work. But some jobs require a certain kind of talent, or perhaps a physical atttribute, that, without it, the job is impossible. Think of all the people who audition for shows like American Idol who are terrible singers: they have a dream of singing, and yet seem to have done nothing to develop the necessary skills, or at least had anyone tell them that they just don’t have what it takes (except Simon Cowell). What happens to that dream that you realize is never going to come true? What road will you take if you can’t do the one thing you’ve always wanted?

Because Steve is the most unaware person you’ll ever meet; he seems to be completely clueless as to how stupid he is, how ridiculous he is, how terrible his hygeine is, how bad his ideas both for what to do in front of the camera and how to start a business; and certainly with speaking to women, when he opens up conversations in bars by showing random people his porn portfolio. And yet, Stewart-Jarrett (star of UK shows The Misfits and Utopia) portrays him with incredible empathy; even as you can’t help but laugh at Steve, you also feel terrible for him. His enthusiasm and drive cannot make up for his complete obliviousness and lack of talent, and even as you want to scream at him for being such a fuck-up, you also want to rescue him from himself and the people using that enthusiasm for their own gain.

Heyne had intimate access to the people connected with this incredibly strange but impossibly true story, giving us a deeply uncomfortable but absolutely compelling story, never holding back from the discomfort, and giving his lead actors the room to be both larger-than-life and honest to their characters and their bizarre actions, right down to the horrifying conclusion that you can’t turn away from.

Do you feel this content is inappropriate or infringes upon your rights? Click here to report it, or see our DMCA policy.
Boston Underground Film Festival 2019Brian HuskeyDavid ArquetteKelly SryLucas HeyneMopeNathan Stewart-Jarrett