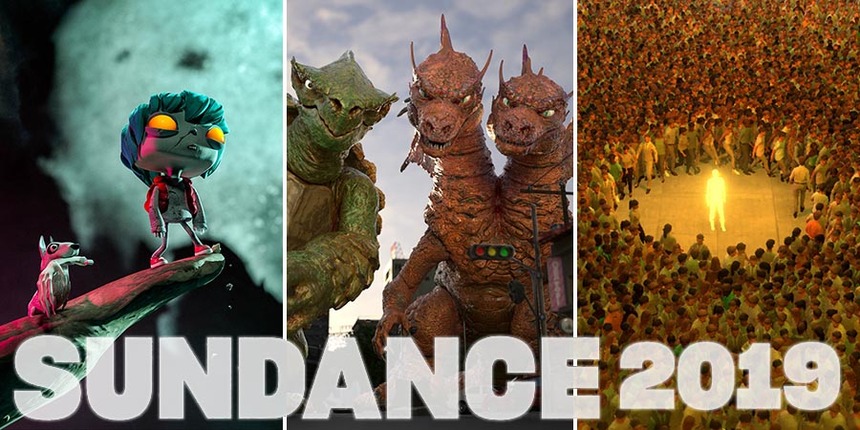 While the hype cycle of VR may have us well into the trough of disillusionment awaiting the next big hardware revolution, those on the content and artistic side of things continue to pump out cool projects. Sundance's New Frontier is still the premiere place to launch such projects and there were plenty on display this year. Add to those a few puffs from the AR pipe and it's clear there are plenty more cycles ahead of us. Here's a look at most of what was on display -- and feel free to head here to peruse past years for historical reference. 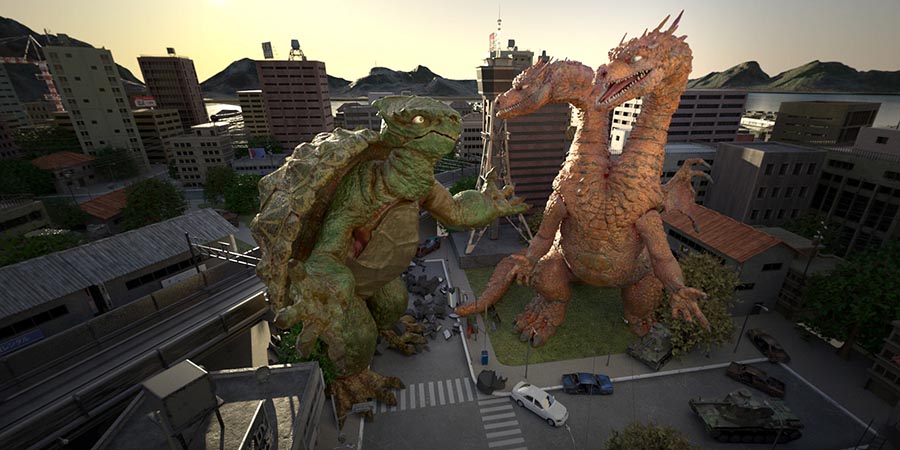 Kaiju Confidential
Citizens take cover, giant monsters are invading Japan -- and they have serious social issues to work out! Part monster movie and part Curb Your Enthusiasm, this hilarious animated 360 narrative is all kinds of fun. It is directed by Ethan Shaftel who you might remember for his 360 piece a few years back Extravaganza; perhaps still the funniest VR piece to date (why don't more people do comedy in VR?). For this he teamed up with Thomas O'Donnell and the good folks at Shadow Machine -- who are responsible for Bojack Horseman. This is apparently a pilot for a longer series. Here's hoping we get more Kajiu soon. 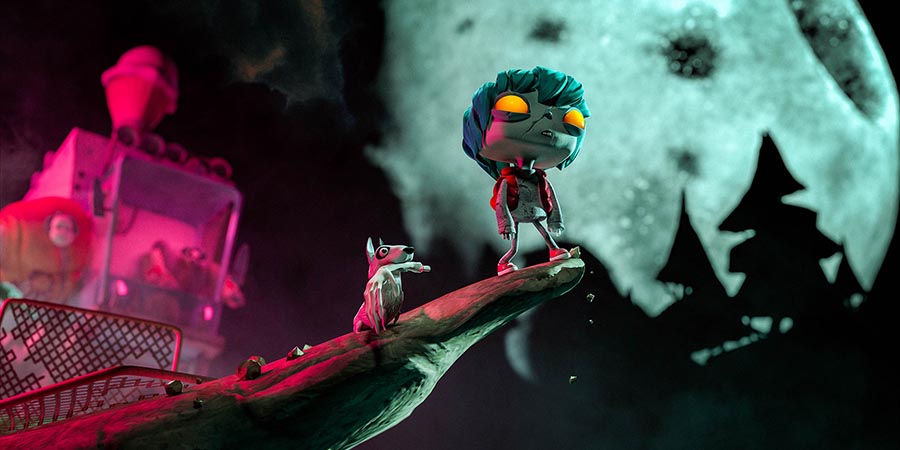 Gloomy Eyes
Argentinian animators Jorge Tereso and Fernando Maldonado of 3dar teamed up with Atlas V for this beautifully imagined VR narrative. Episode one takes you inside kid zombie Gloomy's night time world as he shows off his super zombie powers and first meets a human girl. Insert Romeo + Juliet storyline from here (most likely). The animation is gorgeous and in the 'dollhouse' style we've seen in pieces from Penrose such as Allumette or Arden's Wake but with a decisively night sky lighting style that is reminiscent of last year's Atlas V project Battlescar. This 'God's eye view' technique allows the visitor to really take in the extremely detailed animation and makes the experience especially interactive as the story unfolds literally around you. 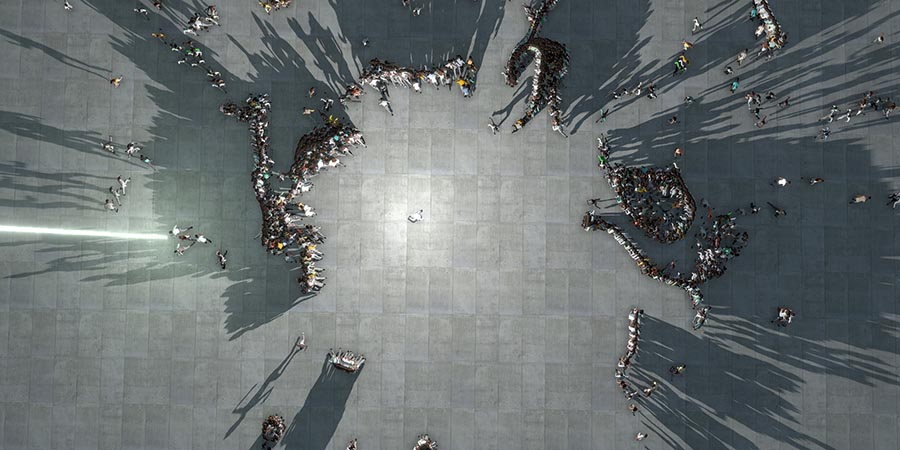 Emergence
UK-based artist Matt Pyke made this interactive VR installation in conjunction with VR content powerhouse Within. In it you stand high above a desert landscape filled with hundreds of people and pick out one character bathed in gold. You control this character as it runs through the crowd, parting the seas of people, as it were. But then your character intersects a shaft of light and the crowd dynamic changes drastically. This plays out a number of times as you hit each light column; the result always different and surprisingly satisfying. It's an interesting study in programming and behavior and basically just a lot of fun. 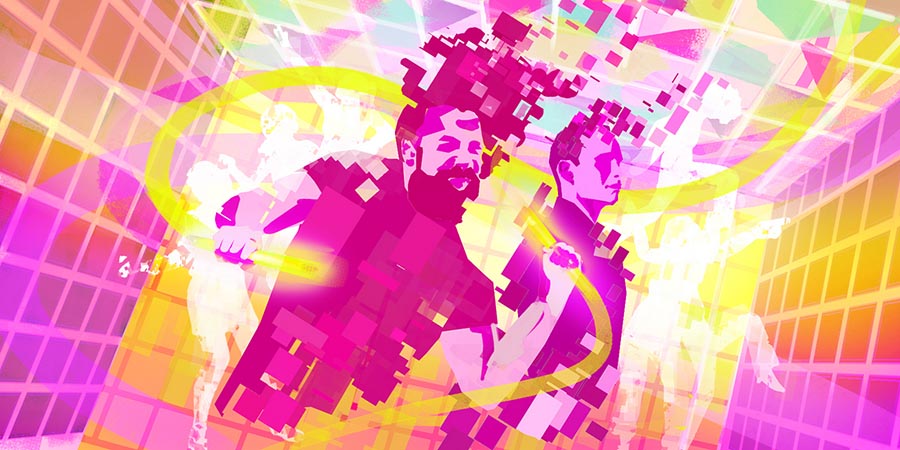 Runnin
You want to get weird? Reggie Watts teamed up with director Kiira Benzing for this volumetrically-captured digital dance party. If you tried projects like Chocolate or Chorus then you are familiar with the idea of the interactive music video. No surprise that producer Adam Rogers had a hand in all three. But this time it's all about the par-tay! 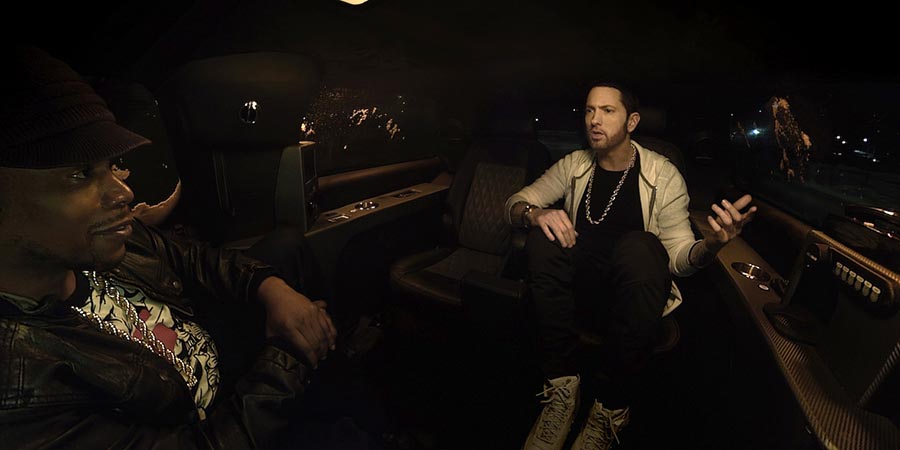 Marshall from Detroit
Hang in a stretch SUV with Eminem and Sway as they cruise around snowy Detroit, shooting the shit about Eminem's career, city, and hip hop music. The fact this is so beautifully produced, complete with gorgeous interstitial elements with slow dolly moves and expansive settings is a sign that it was created by the number one creators of quality 360 content, Felix and Paul. For this project they teamed up with filmmaker Caleb Slain and the result is both intimate and visceral and a true achievement in the art form. 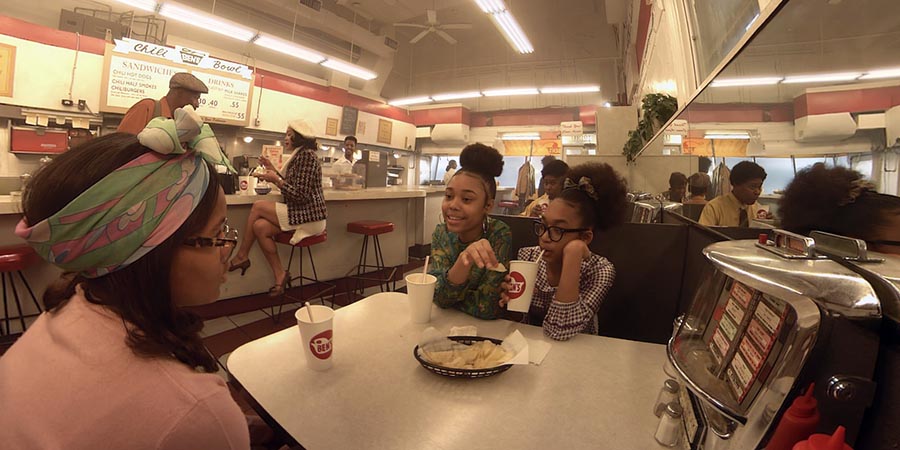 Travelling While Black
Brought into the zeitgeist by the eponymous film this year, the Green Book was a guide for black travelers in the 1940s-1960s to know where it was safe to get gas, dine, and sleep. This concept sets the stage for another highly intimate Felix & Paul production set in Ben's Chili Bowl, a D.C. diner that was a mainstay of Green Book patrons. Here we observe as different subjects tell stories of injustice from the era. This is juxtaposed with an extremely moving conversation with Samaria Rice, the mother of Tamir Rice who was killed by white cops in Cleveland just a few years ago. The film is directed by Oscar-winner Roger Ross Williams. 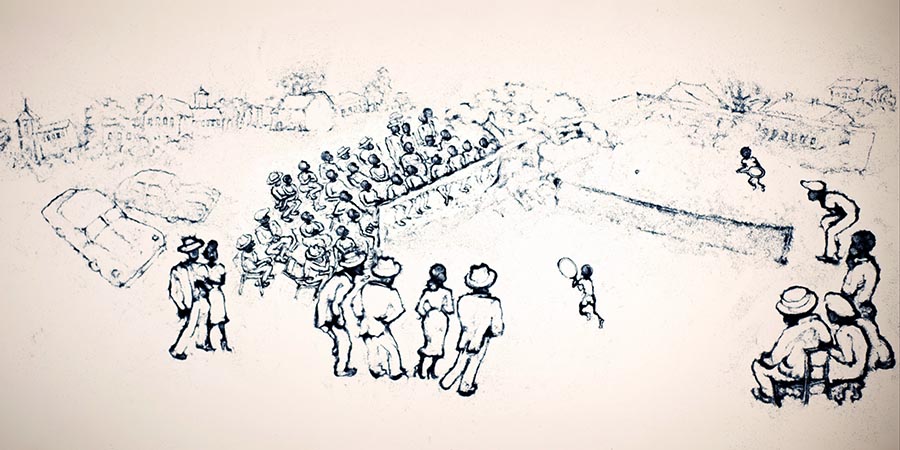 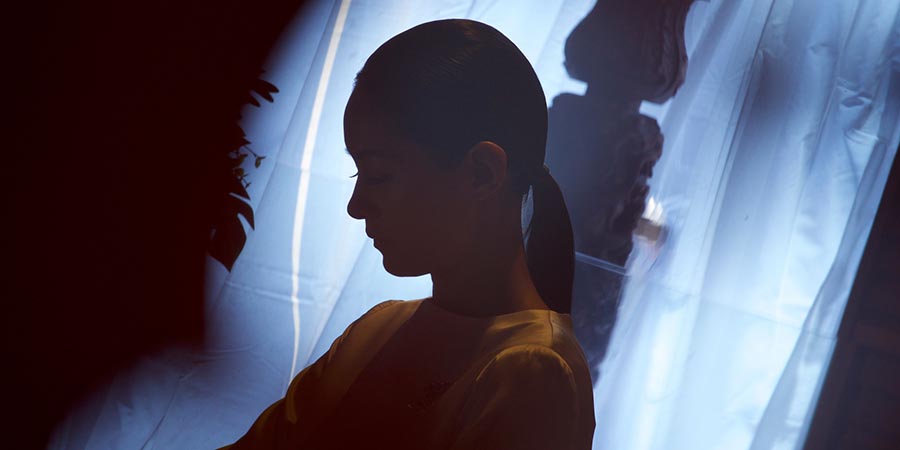 Mechanical Souls
One of the more original installations at New Frontier is this French-Taiwanese co-production lead by Gaëlle Mourre, L. P. Lee, Francois Klein, Thomas Villepoux, and Estela Valdivieso Chen. The experience involves interacting with actors ahead of a 360 experience where your choices can change the outcome of the story. You also view the piece with other people and can have a wildly different experience. The acting in both the 360 video and the live experience are well done and I was left wanting to do it again to see what else I might had missed. 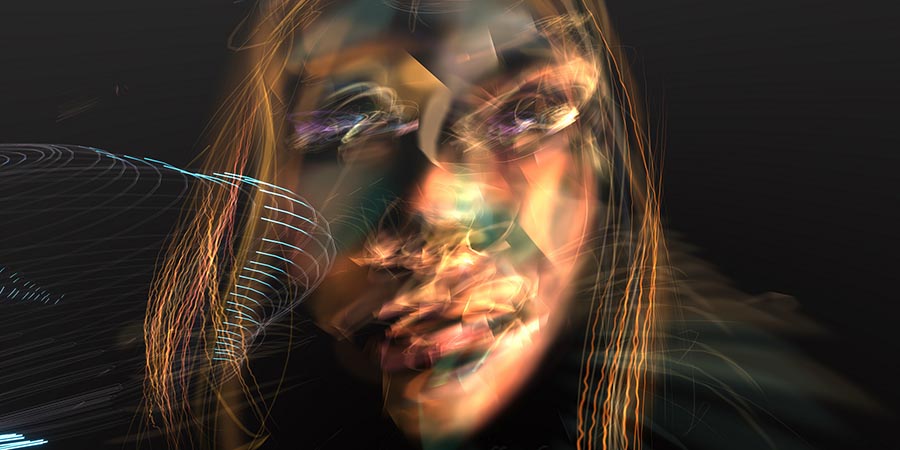 Grisaille
Digital artist Teek Mach brings you into her world both literally and figuratively in this location based experience where you fly through a VR artscape before she paints you into it. Strong use of sound and music makes this one of the cooler and more relaxing experiences at New Frontier this year. 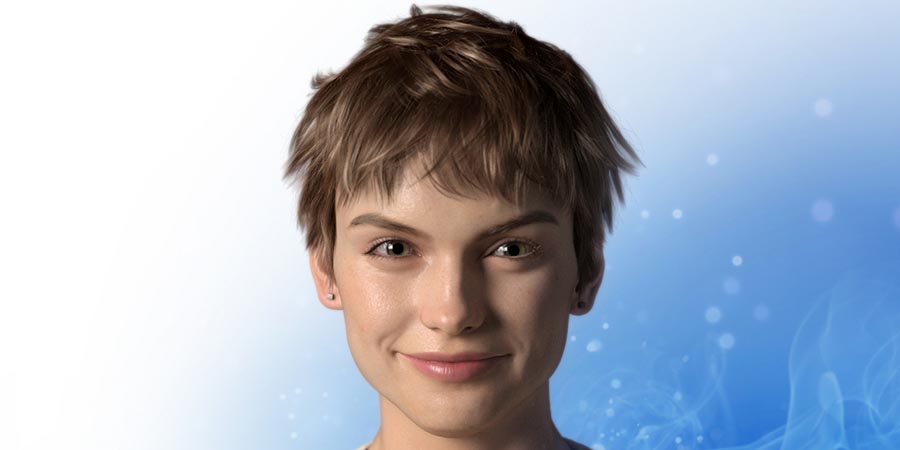 Mica
Magic Leap is here and their bet for the AR AI of the future is Mica. Unfortunately she can't quite talk yet. But there she is sitting in front of you and interacting in cool ways that point towards a very interesting future. 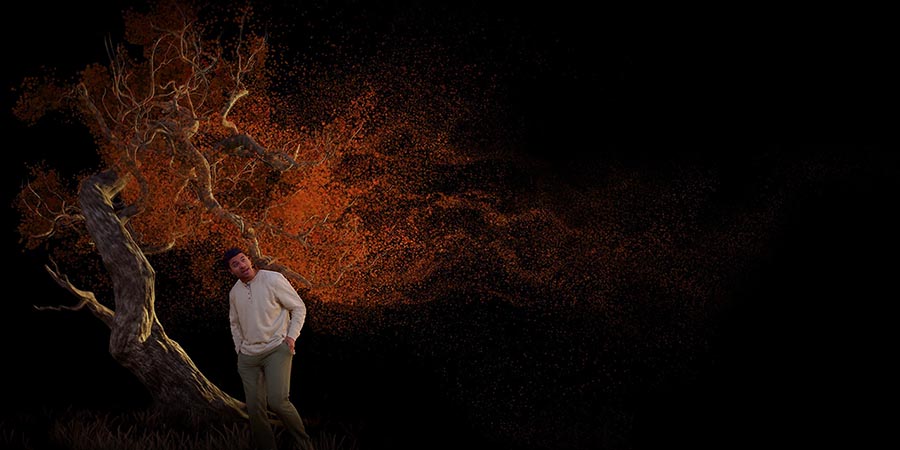 The Seven Ages of Man
Another Magic Leap experience, this AR project made with The Royal Shakespeare Company places a little dude and an animated tree on a rock and lets you move all around him as he gives a rather engaging speech from As You Like It. Again, it's more of a taste of things to come than a full-fledged entertainment experience. Bring on the future. 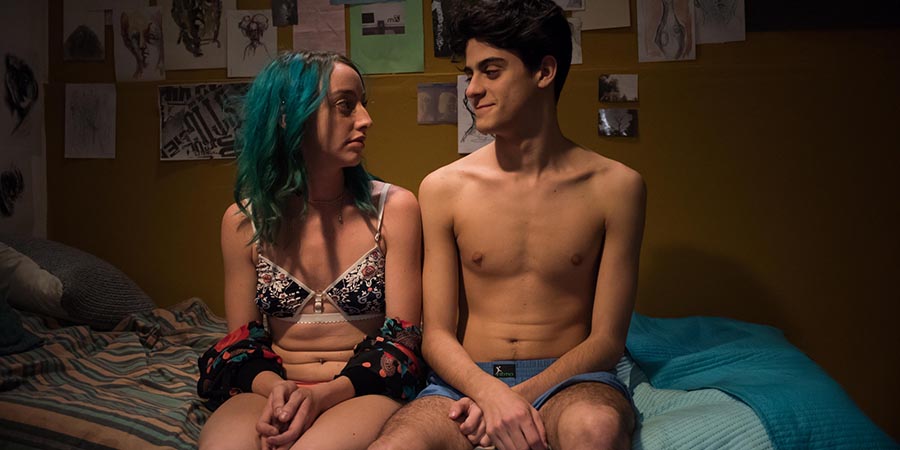 4 Foot: Blind Date
This 360 narrative from Argentina tells the story of a wheelchair-bound girl heading out on a blind date. It's extremely well-made with strong performances and a smartly-told narrative. Most impressive about it, however, is the super cool animation overlays that the directing team of María Belén Poncio, Rosario Perazolo Masjoan, Damián Turkieh, and Ezequiel Lenardón employ. 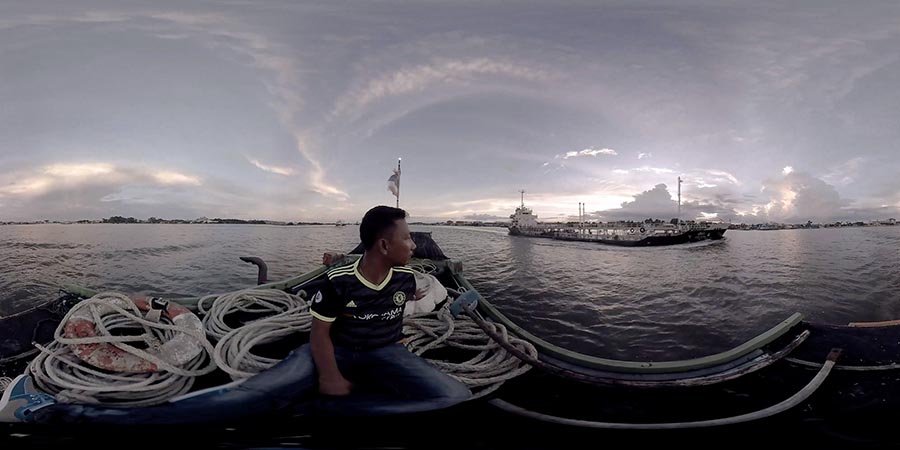 Ghost Fleet VR
Lucas Gath and Shannon Service teamed up with the late Paul Allen's Vulcan Productions for this 360 docu looking at the issue of slavery on fishing ships in Southeast Asia. It's a relatively standard V.O. 360 doc but the story is harrowing and could perhaps support a longer format. 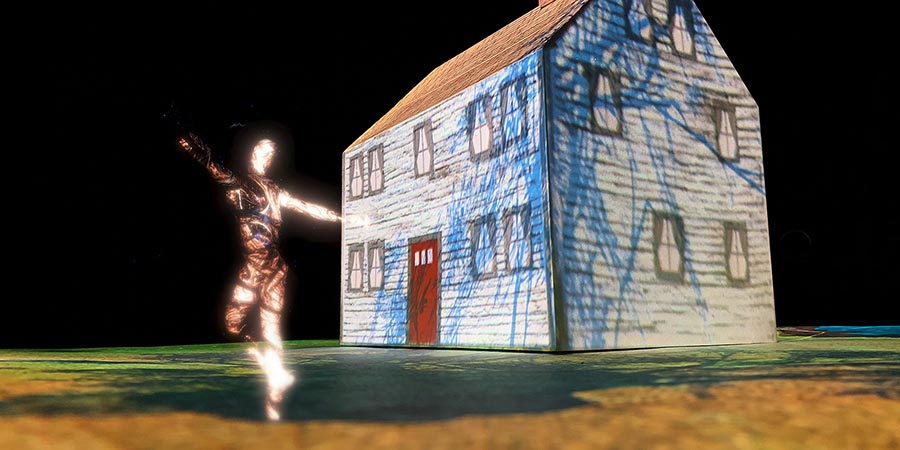 The Dial
Peter Flaherty's AR narrative utilizes all kinds of interesting techniques to tell its twisting tale of a family's disintegration. There are phone displays, real world objects, projection, mood lighting, and multiple user experiences to start. Oh and you have to move around to fully see what's what. 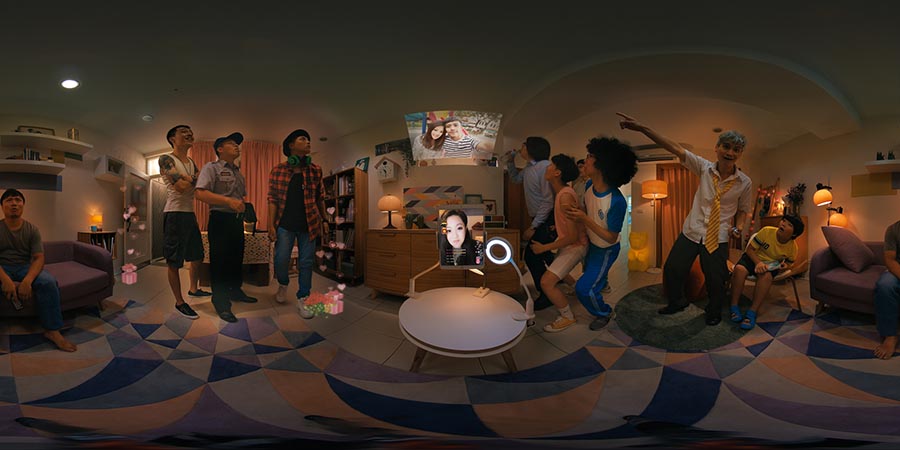 Live Stream from YUKI <3
Things get dark in this Taiwanese 360 narrative about a live streaming girl and her throng of adoring fans. Director Tsung-Han Tsai makes use of some cool compositing techniques throughout. 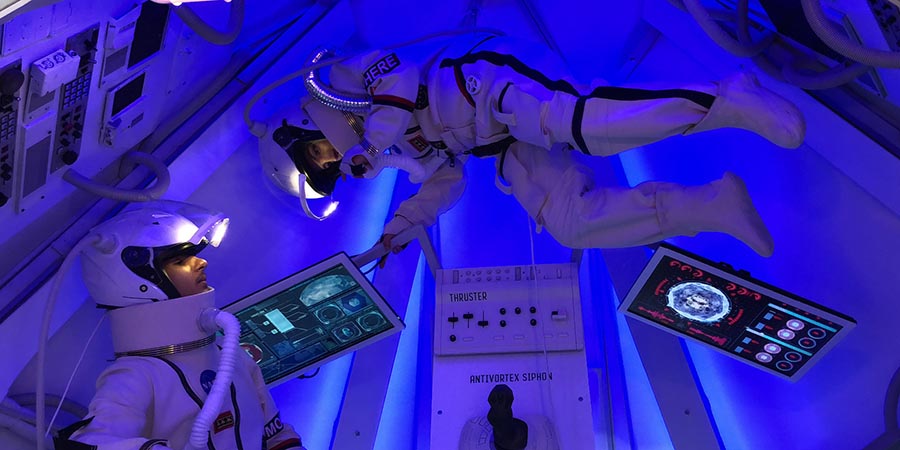 RocketMan360
This 20-minute live action 360 narrative by Romanian filmmakers Millo Simulov and Gabriela Hirit takes place via 360 flashbacks-of-sort as an astronaut sits on the launchpad about to embark for Mars. The storytelling style is unique as it employs use of a in-world 360 camera, yet still works as 1st person embodiment. 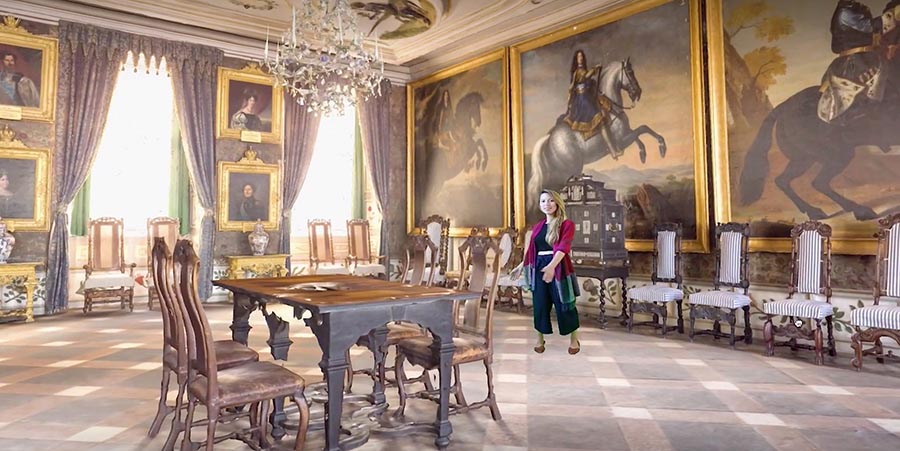 Reach
This volumetric capture tech uses a Kinect to place you into a digital world. It's a quick glimpse of things to come and will surely lead to cool things with organizations like Emblematic involved. 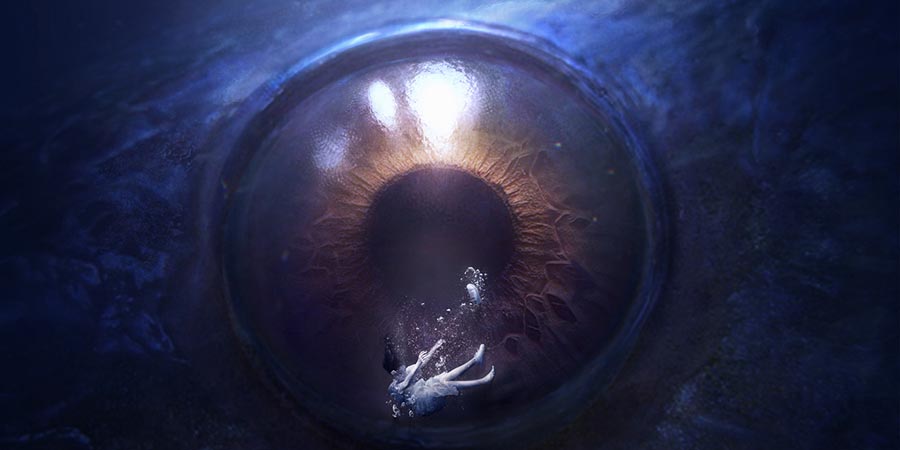 The Tide
New Frontier featured the first two episodes of this South Korean animated supernatural narrative. The piece utilizes a relatively original animated storyboard technique that is somewhat odd in VR as things are both still and moving at the same time. 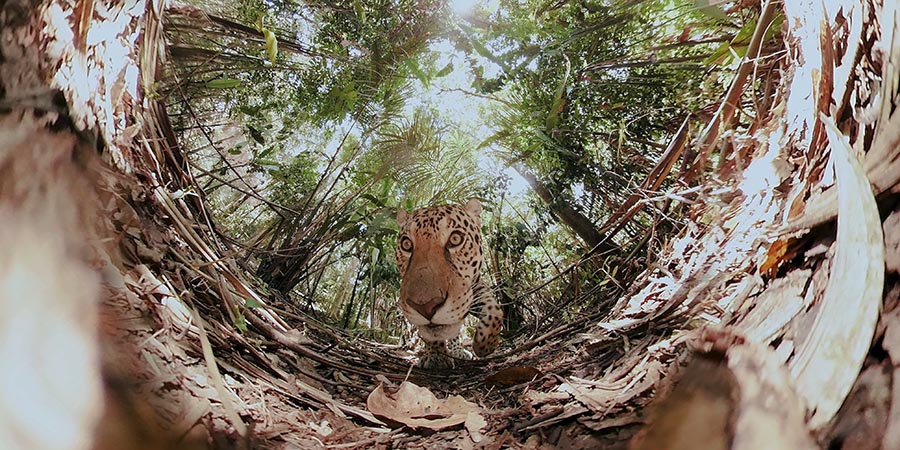 Wild Immersion
Actually playing outside of the official Sundance New Frontier selection, this 360 project is billed as "the world's 1st Virtual Nature Reserve." That pretty much sums it up as you sit back and watch some of the world's most impressive wild animals try to figure what's up with the Insta360 camera. I was most impressed by the incredible whales. The project is made in partnership with the Jane Goodall Institute.