Review: EXES BAGGAGE, A Man and a Woman Walk into a Bar... 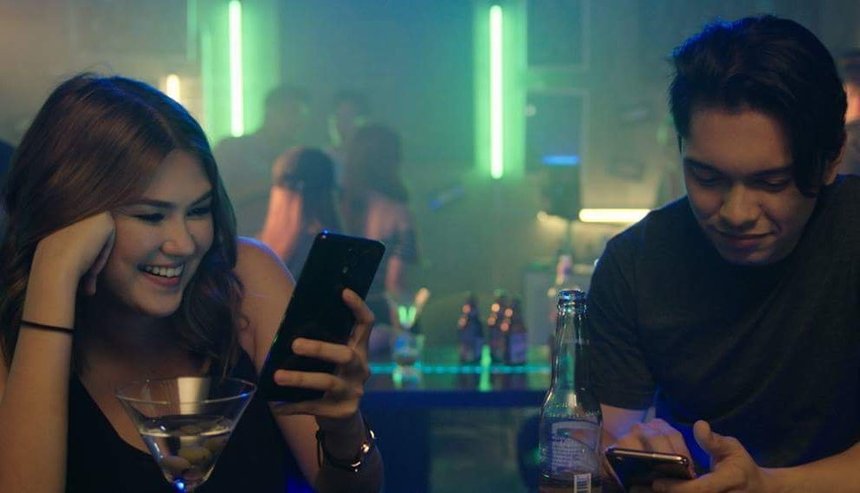 Tell me if you’ve heard this one before.

Each had baggage they couldn’t get over.

Like a cigarette half-smoked and a song half-played, their relationship -- like so many others --burned bright but was gone before they knew it.

(Told you you’ve heard of this one.)

It’s a story that’s been told time and time again, differing only via slight permutations. It’s not special, there are no extremes, it’s the kind of coupling and uncoupling many of us have gone through and/or will eventually go through.

But maybe that’s the point of it all? It’s long been said that it’s the little things that make a relationship last. Perhaps the same is true for break-ups. And maybe that’s just what Dan Villegas' Exes Baggage is trying to achieve. Instead of creating an intricate plot with complicated conflicts, cathartically painful situations, and impossible dilemmas, Exes Baggage is a film about cascading little issues, the battering ram of little insecurities one tells themselves they can get over in a relationship but in reality can’t.

In an age where more and more romantic comedies-cum-dramas are engineered to have scenes easy to screencap and share on social media -- “hugot culture” (hugot meaning “drawn out” in Filipino, referring to pulling up deep-seated feelings) as Filipinos call it -- making a film that’s inwards, muted, but still vastly relatable, I think that’s beautiful.

Each had baggage they couldn’t get over. 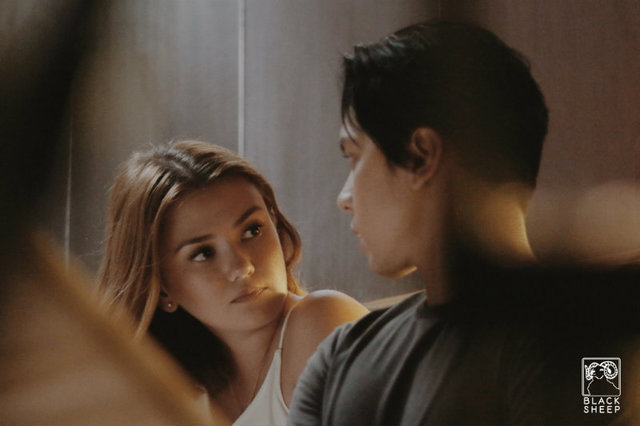 Exes Baggage starts in ultimas res. Exes Nix (Carlo Aquino) and Pia (Angelica Panganiban) attend a bar opening both were invited to. Their love story is told through a series of vignettes that flash between awkward present-day interactions.

At the start, these feel slow and seem to be merely going through the motions; this covers the standard meet-cute to the gradual dissolution of their relationship. By using the film’s frame narrative as a form of relationship post-mortem, there is a sense of finiteness to it all. Audience attention is drawn to the “how,” rather than the “why.”

It’s a suitable treatment given how it’s natural for people to look back onto their own failed relationships and try to figure out what went wrong. The internal journey fits the crux of Exes Baggage’s conflicts as they too are mostly internal.

One can even say that the film is really about the fight within themselves many people in relationships go through. It is their personal quest to reconcile who they want to be for their partner and who they actually are. And that includes figuring out what one actually wants and needs, inevitably comparing the plus and minuses of current and pasts relationships. It’s in this failure at self-reconciliation -- the fallout of whether one can do get over their issues or whether their insecurities are proven right -- that the film argues breaks a relationship.

The introspection-retrospection gets an added dose of intertextuality by the casting of Aquino and Panganiban. Being one of Filipino pop culture’s most beloved love teams and now true-to-life exes, it’s this feeling of familiarity -- both between the audience and the film’s protagonists and the real-world chemistry of the two stars -- that tries to make for the cathartic hugots accustomed audiences may be looking for.

As I said, the film's beauty lies in its choosing real-word relatability over narrative extremes.

By the end of it all, just as Aquino’s Nix is seen in numerous times through makeshift mirrors, Exes Baggage makes it clear that it is a film that warrants reflection. Instead of just giving viewers a release, it questions the seeming simplicity of issues that end relationships.

Now, each is the baggage they couldn’t get over.

Do you feel this content is inappropriate or infringes upon your rights? Click here to report it, or see our DMCA policy.
Angelica PanganibanCarlo AquinoDan VillegasDionne MonsantoPhilippines