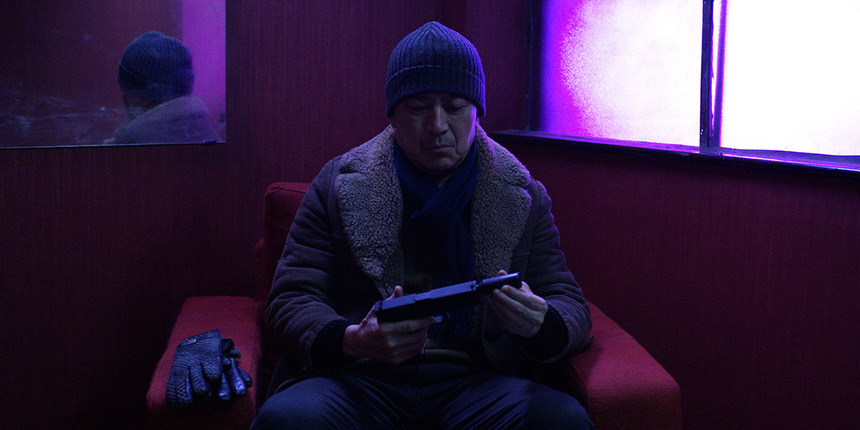 We have been tracking director Wi Ding Ho in these pages for quite some time now, ever since the helmer appeared in Cannes with his early scifi short film Respire. And with his sophomore feature, Cities Of Last Things, about to premiere as part of the prestigious Platform program at the Toronto International Film Festival, it would appear that everything we'd been hoping for from him has come to fruition. Here's how the fest describes it:

From the striking opening image of a man hurling himself to his death off a multi-storey apartment building, Ho Wi Ding's Cities of Last Things announces itself as a freefall — a spiral through the events that led to this horrible tragedy.

The story follows Lao Zhang, a depressed, ex-police officer pining for a lost love and fighting with his unfaithful wife about their long-soured relationship. But Lao Zhang intends to finally act, with a calculated fury, in the hope of killing the deep-seated pain that is tearing him apart. As we track backwards through time, we begin to see the world open up around him, revealing his relationships with the women who were pivotal to the person he has become.

Spanning generations, Cities of Last Things builds a seering, non-preachy portrait of societal and political change through the lens of an emotional drama. Reminiscent of the early work of Wong Kar-wai, it finds its heartbeat in the pulse-pounding rhythm of the underbelly of the unnamed city. Through his seamless blending of genres, from sci-fi to noir to romance, the Malaysian-born Ho commandingly employs cinematic language as a tool to discuss the root of our collective sadness, which is perhaps the very thing that makes us human.

The trailer for this one is freshly arrived on the scene and is absolutely gorgeous. Take a look at what appears to be the arrival of a major new talent below.

Do you feel this content is inappropriate or infringes upon your rights? Click here to report it, or see our DMCA policy.
Sci-FiTIFF 2018TrailerWi Ding HoCrimeDrama

More about Cities Of Last Things