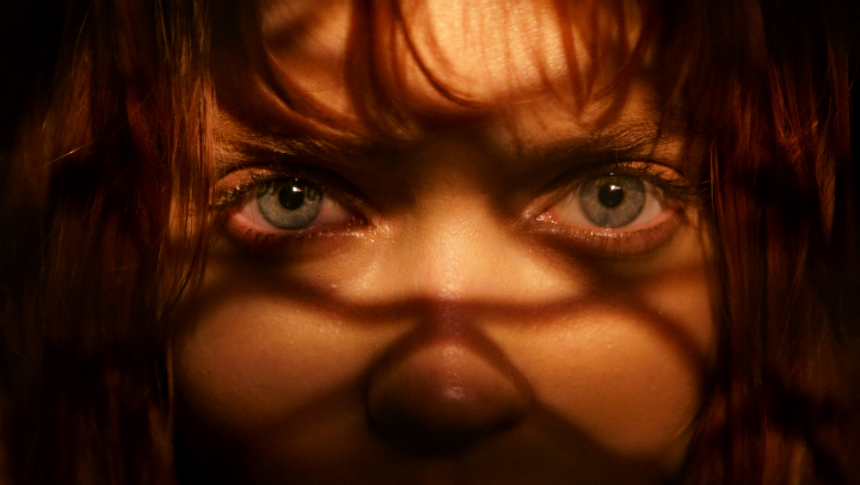 Forbidden rooms cause more marital difficulties than anything else.

I am not married, so I don't know if that is actually true, but it certainly seems that way if you watch a lot of movies and TV shows, as I do. What sets Elizabeth Harvest apart, at least on the basis of our exclusive clip, is that the film is smooth and seductive in its lighting, pacing, and tone.

Also, the newlyweds at the center of the picture are played by Abbey Lee and Ciaran Hinds; she made a notable debut in Mad Max: Fury Road, and also aced a nasty role in Neon Demon, while he is an incredibly versatile actor who commands attention whenever he appears on screen. (I was first entranced by him via HBO's Rome.) Plus, Carla Gugino. Carla Gugino! Need I say more?

What, then, is this picture about, precisely, beyond the forbidden room? Here's the official synopsis:

Newlywed Elizabeth (Abbey Lee) arrives with her brilliant scientist husband Henry (Ciaran Hinds) to his magnificent estate, where he wows her with lavish dinners and a dazzling tour of the property. The house staff, Claire (Carla Gugino) and Oliver (Matthew Beard), treats her deferentially but she can't shake the feeling something is off. Henry explains that everything in his world now belongs to her, all is for her to play in -- all except for a locked-off room he forbids her from entering. When he goes away for business Elizabeth decides to investigate and finds she may not be who she thinks she is at all.

Sebastian Gutierrez (Girl Walks in a Bar, Elektra Luxx) wrote and directed the sci-fi thriller, which is heading for U.S. release on August 10, via IFC Films. Check out the clip below, which establishes a percolating, hothouse atmosphere, featuring Lee, Hinds, Gugino, an extravagant dinner and great anticipation.