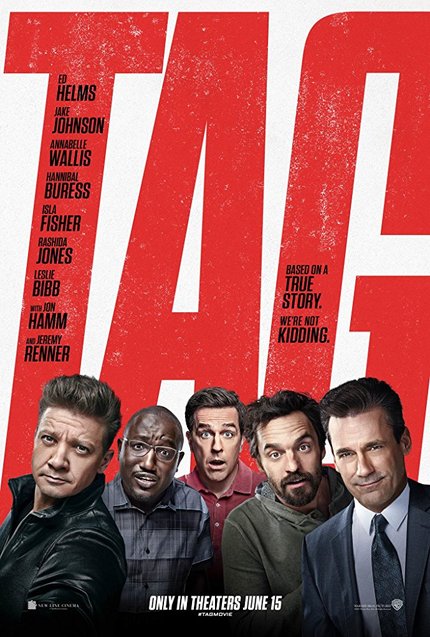 That is the quote that validates five childhood friends to sustain a high-stakes, no-holds-barred game of tag for a lifetime. George Bernard Shaw originally said it, though don’t wait for the film to give that proper attribution; both it and its characters would be far too embarrassed to ever do that.

As far as quotes to live by go, one could certainly do a lot worse. Tag is based on a real-life bunch of fellas who, through all life’s ups and downs and peaks and valleys and miles and miles, have persevered in doing so. Each and every May, despite professional obligations, life events and geographical separation, they’ve managed to continue what’s been called the single longest game of tag, ever. Since age nine, there have been written rules and amendments. These men got profiled in the Wall Street Journal (of all places), and acquired minor celebrity status in its wake.

Somewhere along the line, New Line Cinema took notice, and decided that this could be the new Wolfpack they’ve been looking for. After all, the established R-rated “men as boys being bad” slot at the summer multiplex has been vacant since The Hangover wore off. 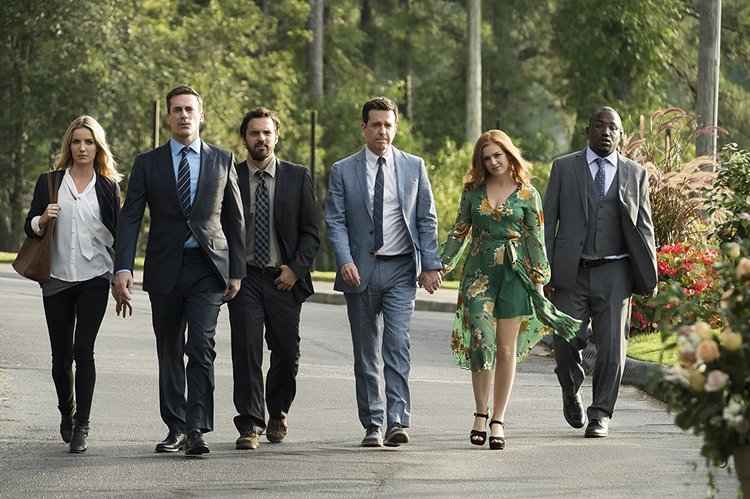 In the transition to the big screen, the actual group of ten white guys became a diversified and pared down group of five, plus a few active female tag alongs. Very, very loosely based on the real players, the comedy Tag taps the middle class everyman (Ed Helms), the successful corporate boss (Jon Hamm), the nebbish guy who might be gay (Hannibal Buress), the pathetic stoner (Jake Johnson), and the reigning champion of the game, the untagged marvel and all around stud (Jeremy Renner).

Isla Fisher steals the film as Helms’ ultra competitive wife; Annabelle Wallis is the handy audience surrogate, playing a pretty female version of real life Wall Street Journal reporter Russell Adams, asking every question we might need filling in on along the way. An intriguing cast to be sure, but sadly lacking the hands-on chemistry needed to sell the notion of shared lifelong shenanigans.

Tag does indeed sound like a no-brainer movie idea. That problem is, the resulting project is too much of one. Just because an appealing premise is simple doesn’t mean that the movie that comes out of it needs to be dumb.

But Tag is mostly dumb, focusing on the competition while losing focus on the game itself (long stretches pass when it’s unclear who’s “It”), and failing to get at the bond of why this game continues. Tag veers from its initial appeal of ordinary nobodies bucking the tide of life, and resorts to an uneasy range of broad comic panderings.

The individual comedic sensibilities of the core cast couldn’t be more different from one another, and director Jeff Tomsic does nothing to create a unified blend. Hamm underplays, Buress mutters non sequiturs, Helms mugs to the ends of Earth.  Jake Johnson’s stoner loser is all audience-indulgent substance abuse humor. Never is it believable that these guys have been lifelong friends, drifting in and out of each other’s lives each May. 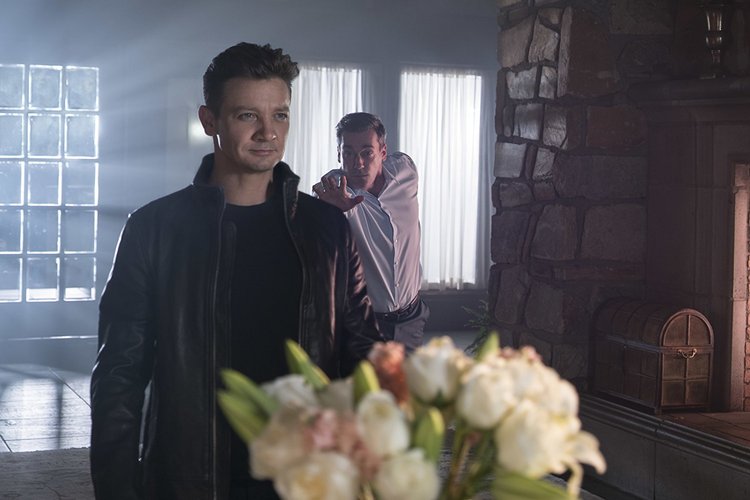 And then there’s Renner. Playing the one guy who’s amazingly never been tagged, the filmmakers clearly thought they were hiring Hawkeye. Tag doesn’t just trade on Renner’s Avengers / Mission:Impossible / Bourne persona, the plot is built upon it. Crashing through windows, falsifying environments, mad climbing and balance skills ... this guy is from a completely different movie universe.

Renner does what he’s asked to do quite well, playing the guy who finally, inadvertently brings the group together. He’s getting married (to Leslie Bibb), the altar being the perfect time to tag him!  But, of course, this mega-fit super-spy type anticipates their every move.

Again, it may sound like a laugh riot, and there some laughs, but the whole thing runs afoul. The atmosphere of Tag is the wrong kind of chaotic, an issue that extends to the haphazard visuals and mechanical editing -- both serious detriments to comedy. At one point, the characters tear through strangers’ homes, Raising Arizona-style. Yet, as presented, it yields exhaustion where it means to deliver belly laughs.  Why?

The film’s eleventh hour attempt to pile on sentiment after an hour and a half of crassness, roughhousing and dopey running around is actually an appreciated course correction, but it arrives far too little too late for us to buy these guys as authentic human beings.

For those looking for a memorably hilarious time at the movies, it must be said that Tag is not it.