Egyptian filmmaker A.B. Shawky explores the plight of the outcast in his debut feature. 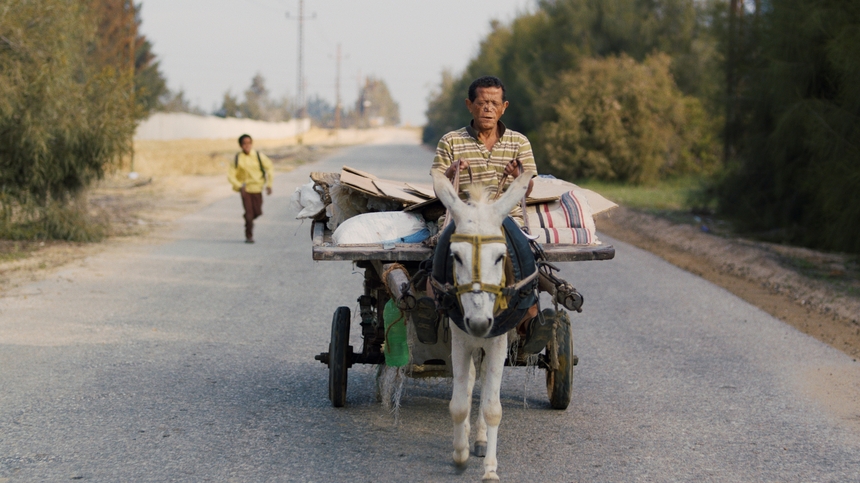 Many of us likely consider ourselves outcasts in one way or another, that something about us has set us apart from common society, and we are bullied and dismissed for it. That might be true, but for some, it can be literally written on their body, and as such no avoiding their outcast state. So how does one build a life within that state? How does one find love, family, friends, community? Egyptian director and writer A.B. Shawky explores the plight of the outcast in his debut feature film, Yommedine. A beautiful, heartbreaking, and heart-soaring story, Shawky treads the familiar ground of the movie within a specific cultural and personal context.

Beshay (Rady Gamal) has leprosy. As a child, his father left him at a colony to be treated and possibly cured. He was, but no one ever came back for Beshay. But he built a life for himself among his fellow lepers: he found love and got married; he manages a small living searching through trash; he has friends, and a young apprentice, the orphan Obama (Ahmed Abdelhafiz). But when Beshay’s wife dies, he decides to finally find out why his birth family never came back for him. With his trusted donkey Harby, and Obama tagging along, Beshay sets out from the colony across the miles of Upper Egypt to find his family and make peace.

Whle his leprosy was cured, the scars never will be, and Beshay’s scarred face and deformed hands betray him immediately, and so to the people who do not know him, he is not only a leper literally but figuratively. Add in his status as a Coptic Christian in a Muslim country, and outside of his colony, he is less than trash. Obama is also unwanted, as an orphan in the company of a leper. But the man and the boy have each other, and the friendly relationship grows to a deeper familial bond as they encounter an outside world which at best has no time for them, and at worse will abuse them and then toss them aside.

Much like Jim and Huck on their trip down the Mississippi, Beshay and Obama journey through a landscape unknown to them: they find pyramids and ancient burial grounds, places where, had the two been alive, they likely would have toiled under the hot sun in making these grand places only to be tossed aside as they are in their own time. Cinematographer Federico Cesca (Patti Cake$, Roxanne Roxanne) gives us both this grand, ancient Egypt, as well as the rivers where children play, and the dirty, trash-filled streets, with neither sentiment nor grandeur: we are seeing Egypt through Beshay’s eyes, as one who has never ventured more than a few miles from home, and must accept that the world might be beautiful, but it is also cruel.

The people they meet are a cross-section not only of Egyptian society, but world society: some bully them; some treat them like, well, lepers; other deceive them with feigned kindness. It is only when they find others like themselves, fellow outcasts, that they find a metaphorical home, as each step of their journey becomrs more difficult; not because of themselves, but because of how society treats them. Gamal, as a non-professional actor, helps give the film a cinema verité style, as someone who likely has experienced much of what Beshay goes through, and yet does so with a heart that is always open and forgiving.

Yomeddine doesn’t necessarily give us a new story, but it gives us a true story, the one that we need to be reminded of every now and then; Shawky immeditely attaches the audience to the main characters, through their love of each other and the family of their community; their journey is ours, both as them, and as the people who might not treat them with the kindness they deserve.

Do you feel this content is inappropriate or infringes upon your rights? Click here to report it, or see our DMCA policy.
A.B. ShawkyAhmed AbdelhafizEgyptRady GamalAbu Bakr ShawkyShahira FahmyAdventureComedyDrama