Now on Blu-ray: A Trio Of AGFAntastic Releases From The American Genre Film Archive

Over the last nine years, the American Genre Film Archive has taken on the mammoth task of saving the thousands of film prints spread out around the world from certain death by creating a centralized repository for their preservation. Over the last two years, AGFA has added a very important and exciting bullet point to their mission statement, not only are they preserve these prints, they are also beginning the huge job of digitizing and restoring a number of them so that even if they do eventually become too fragile or brittle to project, their wonder isn't lost to the ages.

In the service of sharing their good works with the world, AGFA has created their own brand new home video imprint, often partnering with sympathetic organizations like the legendary Something Weird Video, to get these overlooked and often abandoned gems out into the hands of cult film fans. Today we're looking at a trio of their first releases on Blu-ray: the too-crazy-to-be-true true(ish) crime thriller The Zodiac Killer, the bored splatter artists gone nuts slasher Effects, and bizarro turkish sword and sandal action film, The Sword and the Claw. Check out the gallery below for more details. 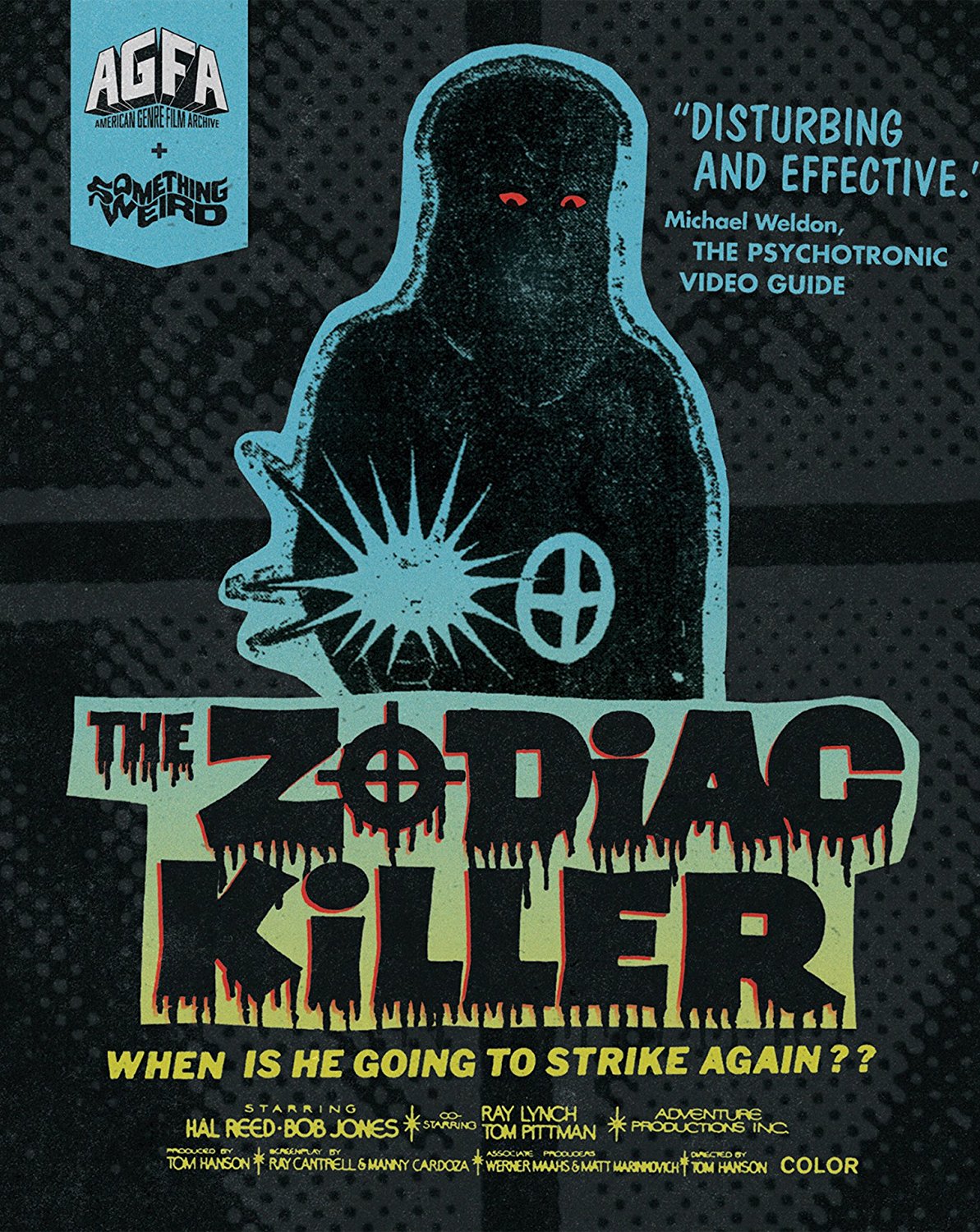 The Zodiac Killer has the unique distinction of having probably been the only feature film ever produced for the express purpose of capturing a serial killer.

The film is a ferociously independent production directed by Tom Hanson, who made the picture in the hope that he would capture the real Zodiac at one of the screenings. In order to entice the killer to come to the movies, Hanson had all kinds of gimmicks cooked up, including things like handwriting tests, to try and narrow the field. He even put in some ridiculous fictional habits in which a serial killer may indulge - bunny farming, anyone? - in an attempt to potentially outrage the killer enough that he'd have to speak up that he was being misrepresented. It's enough to make any sane person cock a snook at the person who came up with the idea in the first place, and I definitely cocked more than one.

There's no real plot to the film that needs to be explained. The Zodiac Killer basically follows a man identified as the killer as he meanders from one murder to the next. There are a few recurring characters, and more than a handful of moments that have to been experienced to be believed - think The Room, but on a lower budget - but overall, it's a pretty inept mess of a film that's far more interesting conceptually than in execution.

AGFA restored The Zodiac Killer from surviving 16mm elements, and even those were several generations down the line from the negatives, so the film is not exactly pristine. However, it's about as good as you would probably want to see it anyway. I'm not one of those people who insists that grimy films look terrible in order to preserve the experience, but another few layers of polish won't do much to improve this film. That being said, the colors and detail on this Blu-ray are improved from previous DVD versions available from Something Weird Video (who partnered on this release), so if you're looking to upgrade, here you go.

In what has become a welcome habit for the new AGFA label, the disc has more than enough extras to make a body wonder why they went through all the trouble. However, sometimes these ridiculous risks pay off and in this case the included director commentary sheds a very welcome light on the bizarre production story. There are also a pair of interviews with Hanson and actor Manny Nedwick, and the package is rounded out with a B-side feature called Another Son of Sam. The second part of the double is of pretty much equal quality, but without the benefit of the restoration. 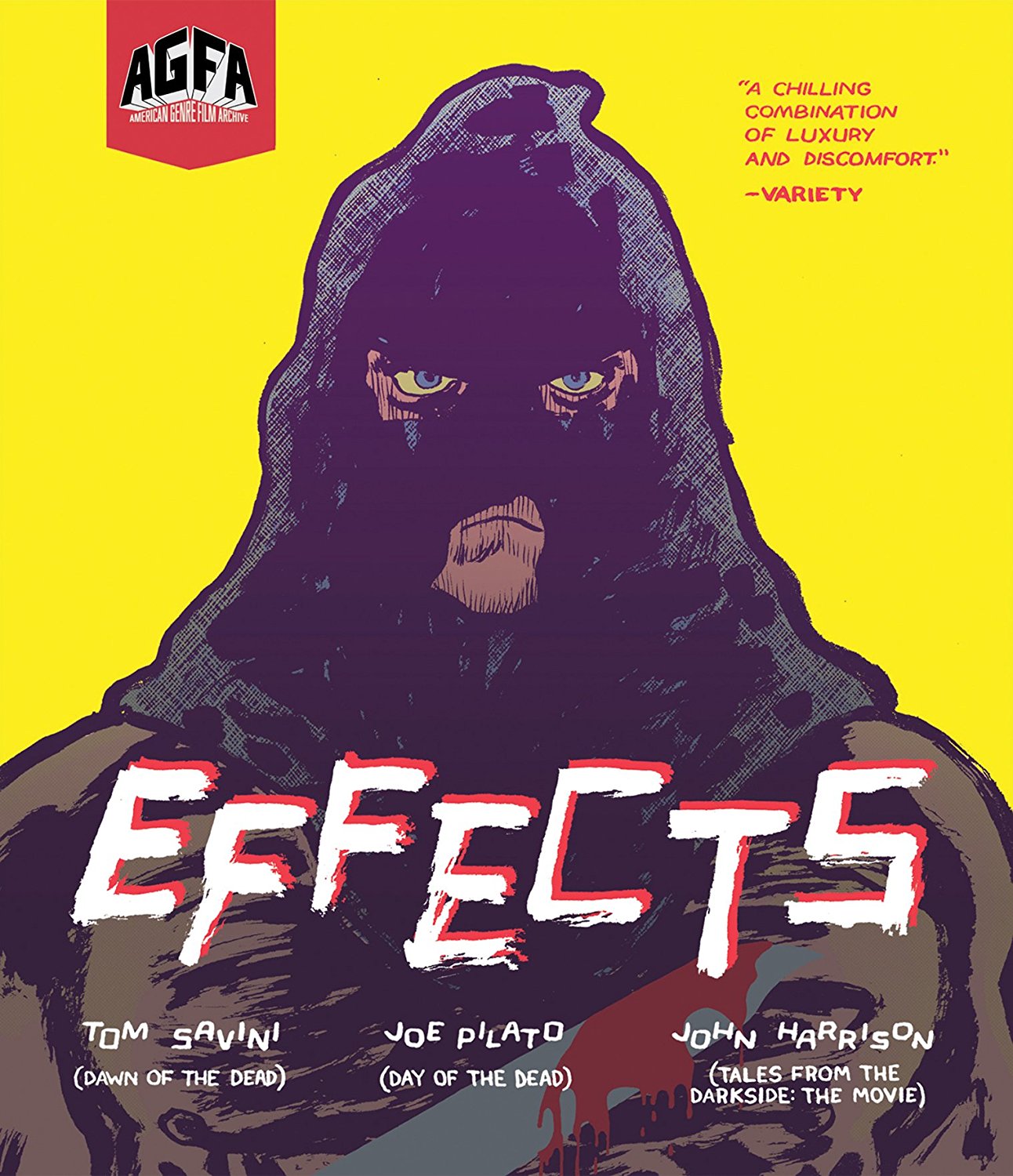 Effects is the result of a few of George A. Romero's buddies with a little too much money and too much time on their hands.

Sometime between Dawn and Day of the Dead, a group of Romero's regular crew got together to make a sort of meta-slasher film about the work they do and it's kind of fascinating to watch. Tom Savini, Joe Pilato, and John Harrison star as the crew of the movie within the movie titled, Duped: The Snuff Movie, somewhat inspired by the infamous exploitationer Snuff. The only problem is that things start to get a little too reel on set and people start dropping. No one knows who can be trusted and soon the lines between the film, the film within the film, and a potential film within the film within that film start to get blurry.

The effects are great, the story is convoluted but still pretty fun, and the idea goes a step or beyond their obvious influences to make a film that does manage to keep the audience guessing right up to the final shocking shot.

Effects has been restored in 4K from the only surviving 35mm release print and the result is definitely pleasing. Because the mission of AGFA is to preserve 35mm films for exhibition, it stands to reason that a lot, if not all, of their releases would be scans from release prints, putting them a few generations away from optimal quality. However, it's better than nothing, and in this case, it's better than anything that's come before it.

While AGFA didn't bundle Effects with a bonus feature film, it does port of the excellent feature length making-of documentary from the older Synapse Films DVD release that is almost worth the money by itself. The disc also includes earlier short films from the filmmakers, and an archival commentary track also ported from the DVD, as well as new liner notes from AGFA director, Joe Ziemba. A great package for a very interesting film 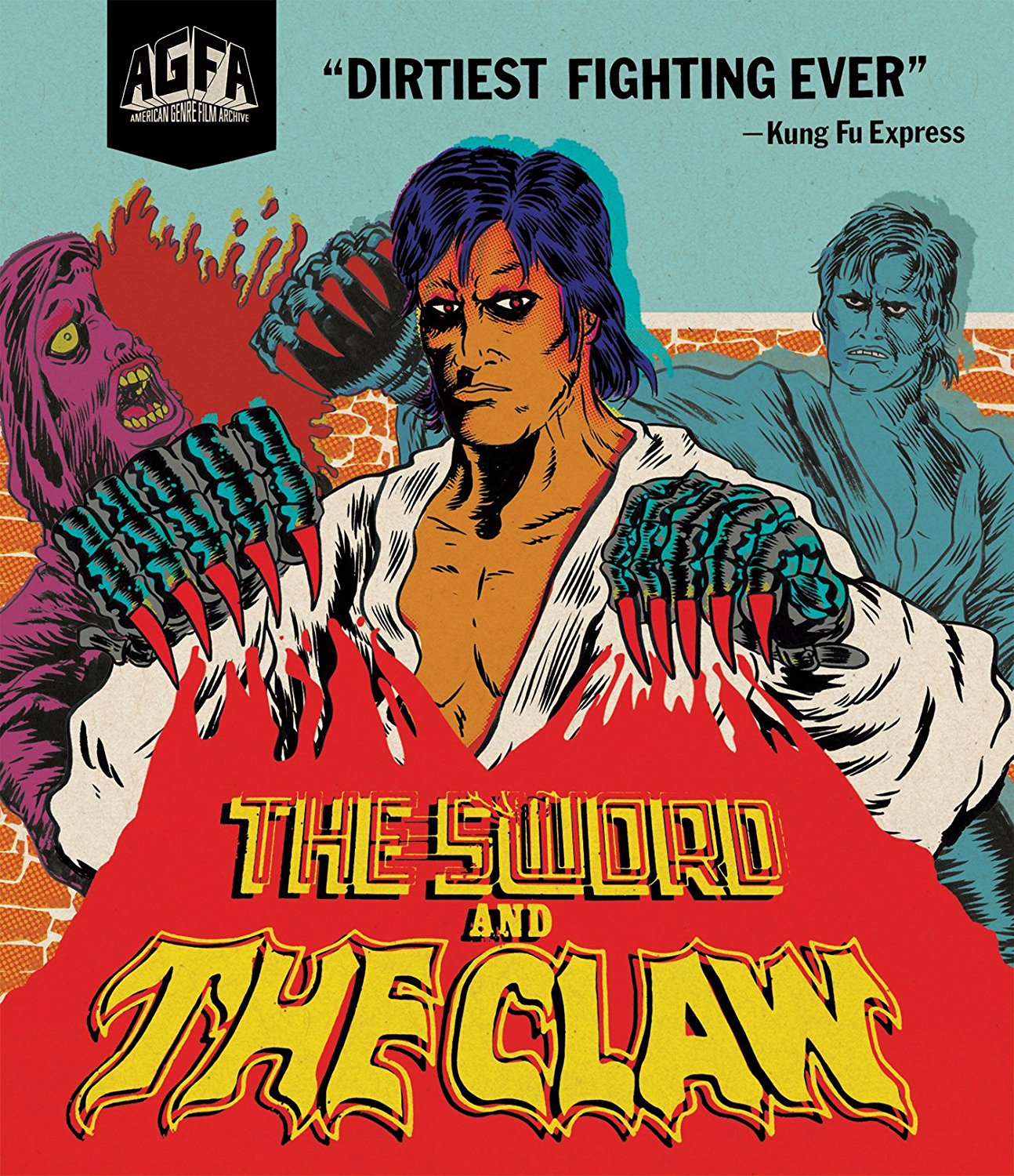 A few years ago, Fantastic Fest in Austin hosted a sidebar of Turkish exploitation/action films. For many, myself included, it was a first glimpse into the wild and wooly world of crazy Turkish genre cinema. While it is a really amazing era for films from this corner of the world, for years it has been next to impossible to see these films in any way. Thankfully, several of them came through the States and the drive-in circuit in dubbed versions in the '70s and AGFA has finally unleashed one of the better examples on Blu-ray for the first time.

The Sword and the Claw is a bizarre sword and sandal adventure film about a jungle messiah attempting to take the throne that he never knew belonged to him. The film is full of insane action, crazy weapons, and a man with iron claws for hands doling out violent vengeance on those who've wronged him. What's not to love?

As if all of the above weren't enough to whet your whistle, The Sword and the Claw is enhanced with one of the most laconically inept English dubs of all time. At no point do any of the voice actors express any kind of emotion while delivering their lines. It's so terrible that it's hard to turn away. Definitely a film that needs to be seen to be believed.

The Sword and the Claw has been scanned in 2K from the only known existing film elements, and while it’s far from pristine, it's likely the best we'll ever get. Colors are okay, detail is satisfactory, and damage is relatively minimal. Not quite reference material, but it gets the job done. It's worth noting that the only audio track is the bizarro English dub.

The Sword and the Claw is supported by a B-side film called Brawl Busters, a South Korean martial arts film from 1981 that plays as a kind of gender swapped alternate universe version of the former film. It's arguably a better film, though less crazy in the dub/imagery department. The transfer on this film is far below the quality of Sword, but again, it gets the job done. The package is rounded out by a brief trailer reel of other action films in the AGFA vault. Good stuff.