There's something strange brewing in Luxembourg and it will be arriving on cinema screens with the premiere of Govinda Van Maele's thriller Gutland at the Toronto International Film Festival. And we are pleased to give a taste of Van Maele's rural gothic effort with a first look at both the gorgeous poster art from Gilles Vranckx and the official international teaser.

Here's how Toronto describes the film:

Gutland begins with the arrival of an outsider in the agricultural community of Schandelsmillen. Harvest season is already well underway, but Jens (Frederick Lau, last at TIFF with 2015's Victoria), a German drifter, is looking for work. He's taken on as a farmhand — and taken to bed by Lucy (Vicky Krieps), a single mother who picks him up at the village beer hall. Taciturn and solitary by nature, Jens doesn't ingratiate himself to the locals, yet they take an instant liking to him, bringing him along to parties, gifting him a trumpet, and inviting him to join the village band. Jens' first days in his new home flow by with bucolic tranquility, but over time he will begin to unearth clues to Schandelsmillen's shadowy side — just as the villagers will slowly catch on to something shady about Jens' past.

An alluring slow-burn shot on 35mm, Gutland boasts imagery with a timeless warmth, just as the score possesses a folkloric lilt that hints at sinister undercurrents. With echoes of vintage Polanski, Van Maele's story grows increasingly eerie. Rough sex, an abandoned house, and a possible conspiracy coalesce to create a dreamlike, mischievous tale of vigilante justice and unanticipated self-reinvention.

Check out the teaser and a larger version of the poster - you can click to enlarge - below! 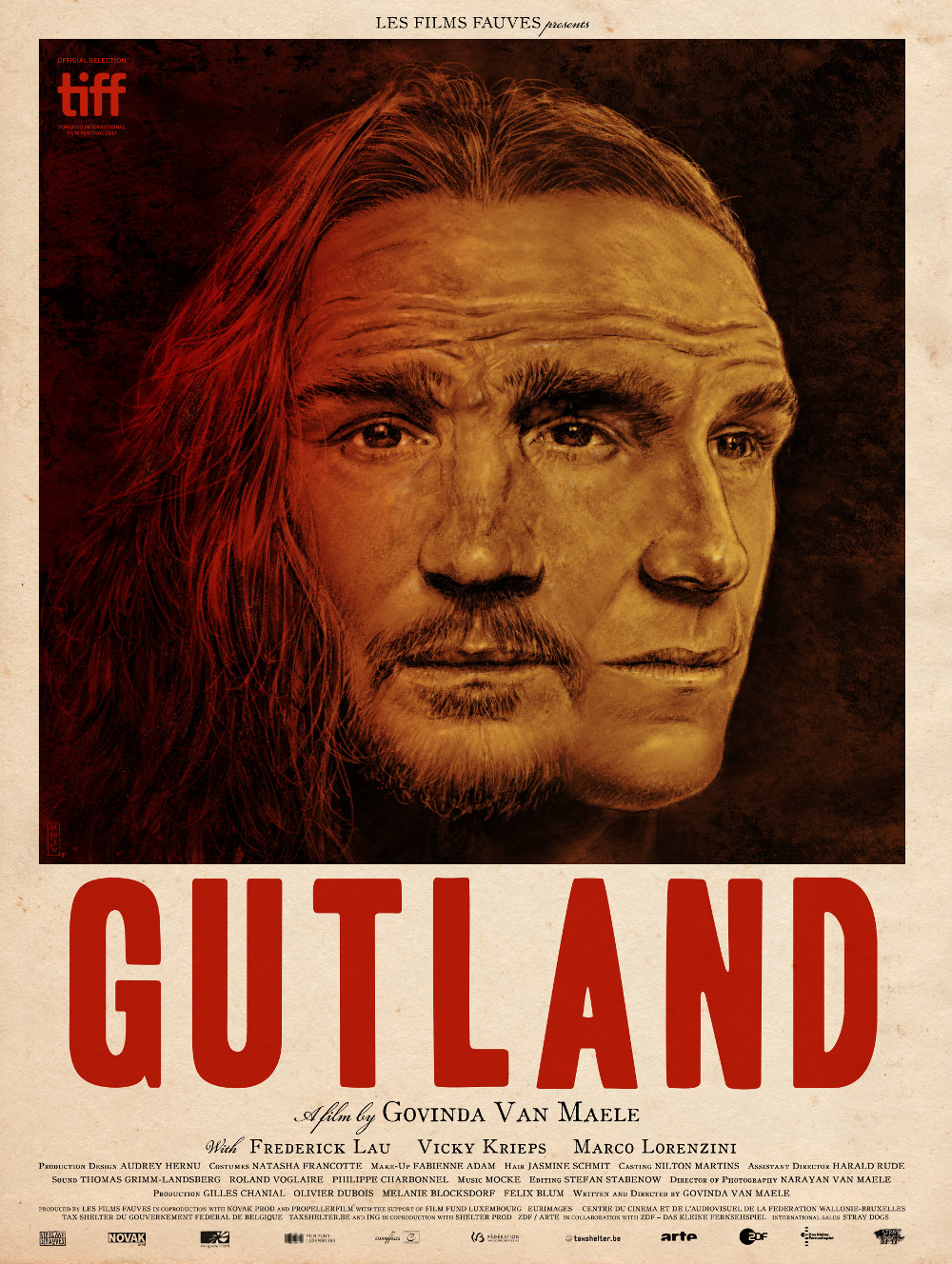