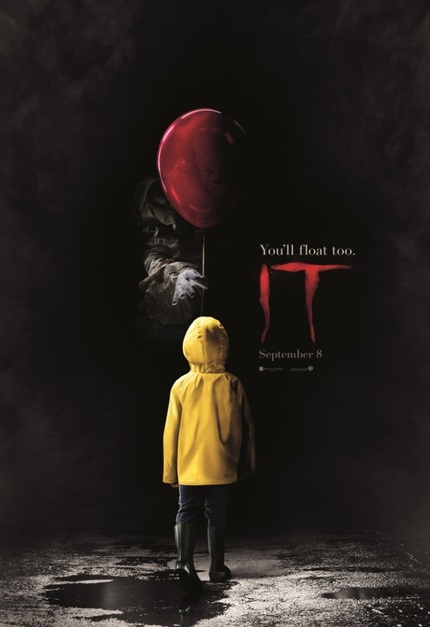 Director Andrés Muschietti's new adaptation of Stephen King's It is one of the best mainstream horror films in recent memory, and that is no small feat.

Over the last few years, we've had a number of solid mid-budget horrors, from the Oculus films to the films in James Wan's Conjuring universe to the breakout success of Jordan Peele's Get Out just a few months back, and I feel confident counting this new telling of a fairly well-known story among that number.

In case you've been living under a rock for the last 35 years, It is the story of The Loser's Club, a group of misfit adolescents who are sucked into a battle with an otherworldly evil that takes the form of an old-timey circus clown. When kids start to disappear in rural Derry, Maine, the town freaks out a bit; but when little Georgie Denbrough goes missing, his big brother Bill takes it personally and won't stop until the mystery is solved.

Along for the ride are the rest of his crew, the wise-cracking Richie Tozer, new kid in town and resident library denizen Ben Hanscom, germophobe and pragmatist of the group Eddie Kaspbrak, skeptic Stan Uris, home-school kid and apparently the only black child in town Mike Hanlon, and latecomer and token girl loser Beverly Marsh. Each has a part to play in piecing together the mystery of Pennywise, the dancing clown, and therein the film finds its greatest strength.

While King is best known for his massive and hugely successful horror catalog, it has always been his slice of life and non-genre work that has garnered the most critical acclaim, especially when it comes to big-screen success. Films like The Shawshank Redemption and The Green Mile have been almost immediately successful, with the former frequently showing up in top ten lists of greatest American films ever made; however, it is Stand By Me, the 1986 adaptation of King's novella The Body, that feeds the success of the current incarnation of It and informs its success.

Both Stand By Me and It are stories of adolescent boys coming of age in trying times. In both films, the groups go on potential wild goose chases and along the way discover themselves and what it means to grow up. Both films also feature young men attempting to make sense of a tragedy in their lives by making a quest of the pain, and hopefully coming out the other side victorious. However, it becomes clear pretty early on in each story that it is to be the journey that rewards them the most, rather than the destination.

It has been adapted in the US once before, as a TV miniseries that survives much more belovedly in the memories of people of a certain age than it probably deserves. That series, starring Tim Curry as Pennyside the clown - and the only real redeeming quality of the entire production - was largely unsuccessful in translating King's notoriously stylized dialogue to the screen.

Stephen King's dialogue is very difficult to wrangle from the page; just look back at some of the films that have tried to be faithful, like Dreamcatcher, and you'll see just how false it sounds. The new script from director Muschietti takes the spirit of these characters and King's uncanny understanding of adolescent boys and makes it work in a way that is tough to manage. These characters feel real, these boys are the same kind of boys that I was at that age and in that time, and I have no doubt that seeing large parts of my own youth reflected back at me play a big part in the film's ability to make an easy mark of me.

These boys are not heroes, they are scared little kids who have to chose whether or not to fight, and we can feel their struggle when that choice is not always so clear. Pennywise the clown, played here with eerie intensity and guile by Bill Skarsgard, feeds on fear, and in order to do so he knows each of his victims intimately. Many of the scares in the film are based upon Pennywise's ability to manifest fears in his victims in ways that are sometimes subtle, but more often overt and bombastic enough to supercharge their adrenaline, which works both for and against the Losers who have to fight him with everything they have to just stay alive.

It is a film that knows what it wants to do and knows which path to take to achieve that goal. It's a coming of age story and a horror story, it's a love story and a cautionary tale, it's a story about staying true to yourself and learning to let go, and it manages all of these goals handily, thanks to the direction of Muschietti and the solid performances of his largely unknown cast.

One thing that the film, and Pennywise, manage to do very effectively is to get inside the heads of these kids to portray their challenges. The fears that The Losers Club must face vary as wildly as the obvious fear of clowns and germs, to the very real threat of familial sexual assault and the sudden and violent loss of a family member.

From the outside, the viewer can see the degrees of magnitude that separate the different types of loss or fear, but for each of these kids, the fear is equal, and they all accept one another for it. There is no differentiation in the mind of a 12 year old boy between his own stresses and those of others, and the film does a great job of not judging its characters and allowing them to live through their own stories in the middle of this greater arc.

As for the downside of the film, it really depends on your angle. It is often gory and vulgar and it definitely works to earn its R-rating, however, its scares are mostly self-contained within scenes. Very few of the moments of dread bleed from one setting to another, and they mostly occur as mechanisms to draw The Losers Club together.

That being said, I did jump and gasp on more than one occasion, and the level of fright in the film put a huge smile on my face. This is a film that knows its audience well and plays them like a fiddle. It's not manipulative, but it does exactly what you expect in terms of delivering scares and even excels at building its characters into a believable and sympathetic team.

There have been dozens of filmed King adaptations out of Hollywood, and more often than not they are unfortunately pretty bad. It is easily the best King film since 2007's The Mist and perhaps even all the way back to Shawshank. I think fans of the book will be happy, in spite of the fact that this film is just the first part of the story, with a planned sequel already in the works to complete the 1,000+ page story with the grown-up Losers.

I know that when I walked out of the cinema, I was ready for more, even after the film's never indulgent two hour and twenty minute running time. It is the feel good fright film of 2017, and I can't wait to see it again.

Do you feel this content is inappropriate or infringes upon your rights? Click here to report it, or see our DMCA policy.
Andrés MuschiettiBill SkarsgardStephen King