Crowdfund This! EMO: THE MUSICAL Needs Your Money To Wipe Away Its Tears 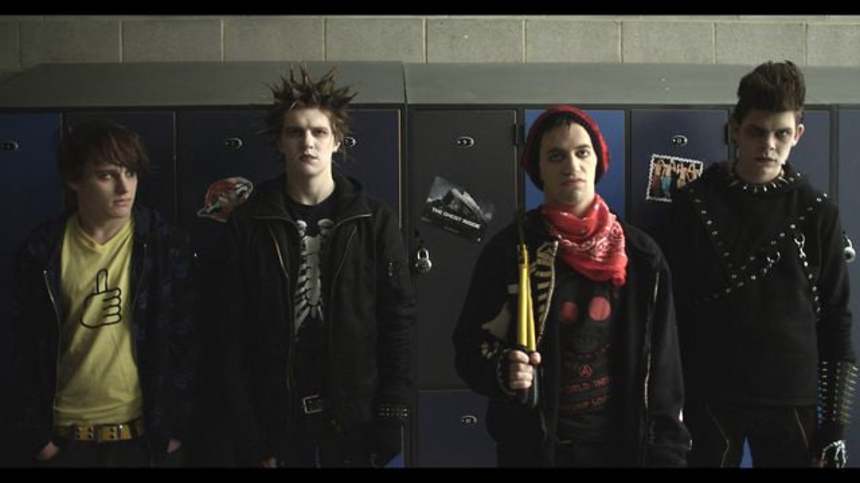 Emos are sad. Emos in a high school musical about a conflict between doom rockers and ultra perky Christians, however, are hilarious. That's the premise of Neil Triffett's Emo: The Musical, a proposed feature film expansion of his Berlin selected short film of the same name.

Desperate to belong within his new school, Emo Ethan quickly finds a place in the school Emo band as it is ramping up to win the State School Rock Competition. However, when the School's Christian Group enters the competition as well, the two groups are set at war against one another, making it the worst possible time for Ethan and Christian Trinity to fall in love.

As the competition escalates and each group's tactics turn nasty, the star-crossed lovers are forced to make decisions that might cost them their friends, their place in school, and each other.

Currently in the waning hours of a crowdfunding campaign to support the creation of the feature, this one looks like pretty great fun. And if you want a larger taste they've made the full short available, which you can watch below!

'Emo (the musical)' short film by Neil Triffett from Matthewswood Productions on Vimeo.

More about Emo: The Musical