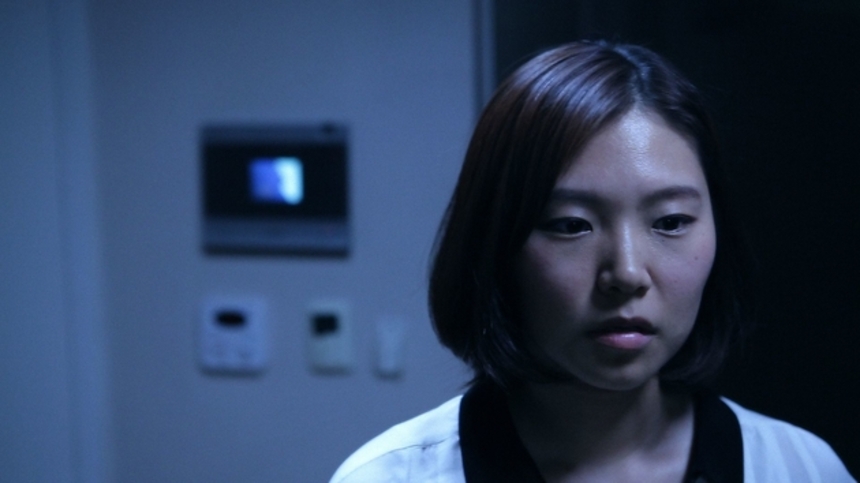 Horror anthologies are a great way for new filmmakers to take a swing at bat, while viewers (or industry folk) get the opportunity to seek out new talents in the making. Unfortunately, that also means they're mixed bags, to say the least. Korea is no stranger to omnibuses in general, so these horror packages tend to crop up pretty frequently. BiFan is screening a couple this year, including Oh In-chun's 12 Deep Red Nights: Chapter 1 and the Korean Academy of Film Arts 3D feature Mad Sad Bad (the opening film of last year's Jeonju Film Festival), it also opened with Horror Stories in 2012, which spawned a sequel the following year.

Already a prolific short filmmaker during his time at the Korea National University of Arts, director Oh is proving just as active as a feature helmer. He's found time to release 12 Deep Red Nights: Chapter 1 between commercial projects - last year's Mourning Grave and the incoming production Chasing. Furthermore, as indicated by the title, it's the first of three planned anthologies, containing and contains the first quartet of 'deep red nights'. He doesn't need the exposure that this kind of project may afford him, which would pale in comparison to his commercial output, but it does tell us two things about him as a filmmaker: he is eager to experiment with his craft; and he just loves being behind a camera.

The first night of Oh's film is 'Driver', a simple tale involving a driver who is bringing a rich and attractive woman home late at night. Depressed, she offers to give him all her money if he kills her. He agonizes over the offer but just as he is about to do the deed, she has a sudden change of heart. Though well performed and cleverly using a great number of angles to liven up the single location, the story is hardly a novel one, as it plays out the way you would expect it to and is punctuated by a series of pace-killing fades to black.

Oh remains in a confined space, this time a studio apartment, in 'PM 11:55', which sees an overworked employee return home, only to furiously attack a project she has been tasked with completing before midnight. Shortly before the deadline a stranger rings at the door. Without uttering in response to her anxious questions, he continues to ring on the doorbell, while she quickly beings to panic. Combining the stress of office life and the country's characterless residential blocks, this segment plays on a number of common Korean fears, but again, it isn't something we haven't seen before. The marked doors, for instance, seem to have been pulled straight out of Hide and Seek (2013).

Things get more interesting in 'atmosFEAR', a story of a sound recordist who hears something he isn't supposed to as he captures ambient sounds at night. Combining the suspense of Brian DePalma's Blow Out (1981) and the soft-featured lead of Hur Jin-ho's One Fine Spring Day (2001), this third segment sees Oh play with sound effects while adding eavesdropping to his horror portfolio. Sadly, though initially intriguing, the payoff is a letdown.

Playing with office politics in a way familiar to both The Wicked (2013) and recent Cannes Midnight Screening Office, 'The Secret Night' closes out this first chapter of 12 Deep Red Nights. A worker with financial troubles returns to her office very late at night, only to be caught by her bitchy superior whose presence also seems unusual. As the most playful and with the most to say. Oh's closing segment is the strongest of the bunch, though it's also much lengthier, and as such a tad drawn out.

Opting to stick to the well-trodden paths that have come before it, 12 Deep Red Nights: Chapter 1 doesn't add much to the horror canon but as an exercise in genre filmmaking it's a moderate success that, at the very least, is short enough to avoid being dull.