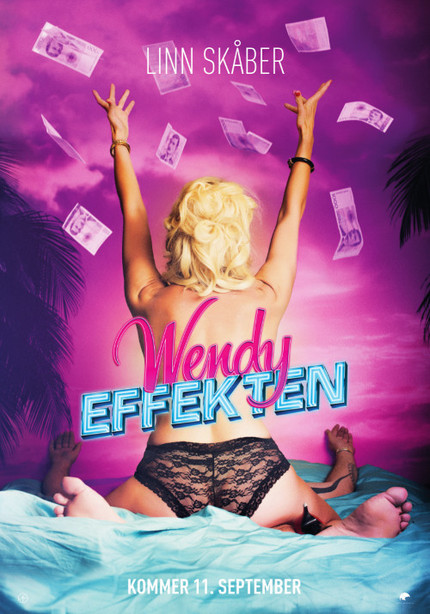 Something has disturbed the balance of power in Oslo's underworld and that something may very well be the perhaps-slightly-too-popular prostitute Wendy. And with things getting increasingly out of control there's a fighting chance that only the bearded will survive.

In any well-oiled underground economy, each crook and every criminal has a part to play. But if the liquidity suddenly drops out of the system, an epic Wall Street-style crack is only hours away. In an underworld screaming for an immediate infusion of capital - cash, to be very blunt - everyone is looking for the vanished banker. Or at least that part of him that opens the fingerprint lock to the vault.

Heading up the manhunt is the inexperienced, but highly ambitious financial fraud investigator Svenn Krøvel. Inexplicably, he finds himself pairing up with the self-appointed "king of the eastside", Sylfest Dreyer, an old school cop. Sylfest's agendas are numerous and varied - and Sveen soon finds his investigation going out of control. Especially once he meets Wendy, the bombshell call girl.

Wendy dreams of a life far away from the dreary eastside, and by having serviced the missing banker regularly, she has a long, lovely leg up on the competition - if not actually two. Wendy is both willing and able to go far in this world - she has an immediate and debilitating effect on most males that come her way, and can easily turn the head of the most hardened of criminals. Not to mention a financial fraud-specialist straight out of the academy.

"The Wendy Effect" is a race against time. Who can get to the banker - or at least his index finger - first? Who gets their hands on Wendy? And can this slice of the Norwegian underworld avoid becoming the Greece of organized crime?

The producer of Dead Snow teams up with Ole Endresen - director of Curling King - for The Wendy Effect, a new dark comedy headed to Norwegian screens in September. Game Of Thrones star Kristofer Hivju sports the finest beard of the lot - while also appearing the most capable of performing effective acts of violence, hence the comment above - while the keen eyes among you will spot a handful of other familiar faces, such as Fuck Up's Jon Oigarden.

The first teaser for this one is freshly arrived, English subtitles included. Check it out below!

The Wendy Effect - Filmtrailer with English subs from Kjetil Omberg on Vimeo.