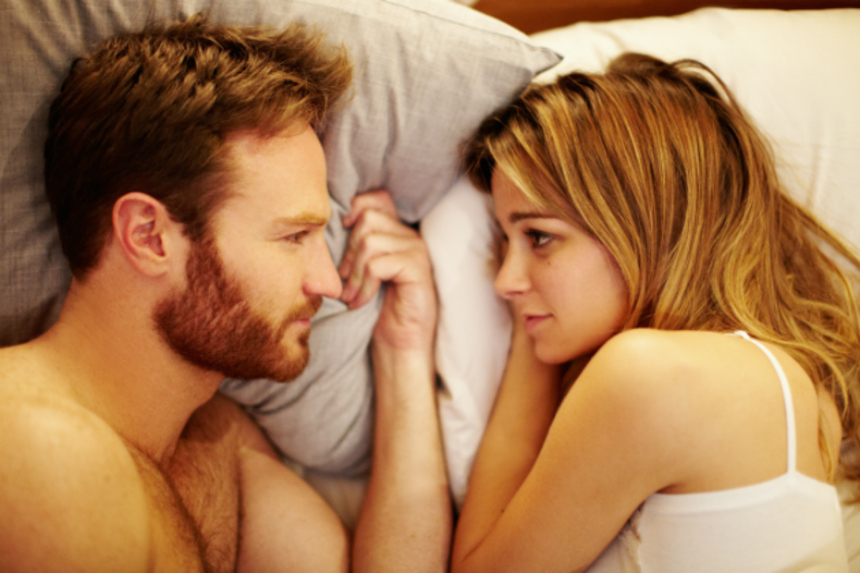 Josh Lawson is a charming and cheeky fellow. His goofiness on screen and well-mannered presence has permeated execrable dross from Australia and made it watchable. His painful turn as Doug, the loser partner in Showtime's black comedy series House of Lies, is probably the face he is most known for, but The Little Death is his directorial debut, and will be his defining success to date.

The little death is slang for orgasm. It is by design, then, that this lustful urge and need fuels most of these tales of sex, relationships and philias from inner city suburbia in Australia. Each vignette interrupts one another, seemingly disconnected but each telling their wonderfully perverse, twisted and dark story. The pleasant interiors, calm lighting and general calm ambiance Lawson accentuates through the competent cinematography hides a much darker, deeper intention as the status quo of the upper-middle class is turned on its head.

Lawson himself plays husband to the ravishing Maeve (Bojana Novakovic); they comprise one couple of the handful throughout the film. Each relationship has its unique problem and each partner tries to compensate, please or provoke the other. Their intentions for doing so are made clear in cute cue cards that describe the fetish or philia they have. From getting aroused by tears or taking role-play way too seriously, to true rape fantasies, there are a lot of taboo topics that will have you squirming in your seat. This is enhanced by the excellent chemistry Lawson gets from his actors on-screen.

Each scene works as a self-contained bubble of white chic interior design mise en scene, and in a way Lawson is making fun of the boring upper-middle class he represents so frequently in his various roles. They are all white, straight, and employed, yet extremely messed up. Each scenario plays out to both hilarious and tragic effect, and nobody comes out unscathed from their predicaments. It is this build-up and response that Lawson makes genuine, and which matters most. Even friends of friends are seen in later moments arguing outside a marriage counselor's office; it is these small exchanges that highlight the subdued bleakness in the little world Lawson has curated.

As the film progresses, it becomes clear that each character has some sort of connection with the other, whether implied or not. This was wholly unnecessary and leads to a completely pointless conclusion that otherwise spoils the vignette style of the film. In this instance, The Little Death benefits by not expertly connecting the narratives, by not making each story an interwoven whole. Further to this, one couple's story involving pleasure from watching the other sleep simply comes off as creepy and very close to borderline rape. You get the impression the screenplay was unsure how to resolve this tale. These quibbles aside, there is a lot of strength and really dark humor in the illicit actions of the other spouses.

Saving the best for nearly last, the film should have concluded with what could be the sweetest and most hilarious scene of any film this year. Although the whole is not greater than its parts, and despite some really questionable moments, The Little Death is a cheeky cracking Australian comedy that is filled with amazing chemistry, hilarious moments and clever exchanges. It is well worth your time.
Review originally published in somewhat different form during the Toronto International Film Festival in September 2014. The film opens in select theaters on Friday, June 26.

More about The Little Death