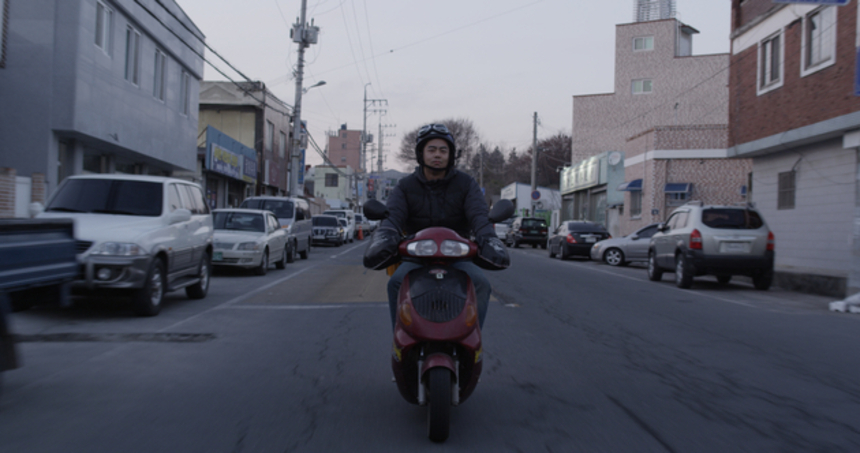 After nearly a decade away from the director's chair, Shim Kwang-jin returns with an unhurried take on a common tale of a lowlife manipulating those around him to pay a debt. Propped up by a few fresh spins on the well-trodden material and some earthy performances, Unwanted Brother is a worthwhile character study with subtle yet clear social overtones.

Formerly a shady operator in the real estate business, Dong-hyeon is rounded up by creditors following a stint in jail. Seeing as he doesn't have the cash to settle up, the sickly loan shark suggests writing off the debt in exchange for his healthy kidney. With a few days to spare before the operation, Dong-hyeon visits his mentally disabled brother, hoping to lean on him for his savings, only to meet two more handicapped roommates with healthy bank balances and a pretty caretaker whom he grows suspicious of.

The bulk of Shim's film deals with Dong-hyeon trying to find ways to get his hands on the money of the disadvantaged inhabitants in his brother's apartment. Conniving and somewhat charming, his behaviour and the obstacles he repeatedly encounters are far from original, but played by Jeon Seok-ho, his travails are engaging as they tap into a greedy but relatable part of the human psyche.

Though clearly painted as a bad guy, a label that suits the character even more as the narrative wears on, Jeon demonstrates a precise handle on Dong-hyeon, showing him both as a worthless scab mostly lacking in tact, but also as a man in a desperate situation whose tribulations have masked a faint humanity which refuses to be expunged. What also makes his performance engaging is playing up Dong-hyeon's arrogance and then constantly undermining it by showcasing his rather significant shortcomings. Following his leading role in Intruders (2013), Jeon proves once again to be a more than capable lead.

Also impressive, as the sweet but perhaps duplicitous Eun-ah, is Min Ji-ah, whose balance of warmth and sharpness masks an emptiness that makes her character's arc the least predicable of the bunch. As the handicapped brother, Jin Yong-uk refrains from histrionics and maintains a presence without overshadowing other characters.

While all the cast members are afforded their individual moments to shine, the highlights are no doubt the scenes between Dong-hyeon and Eun-ah. At times amicable or flirtatious but always deceptive, their exchanges become increasingly confrontational, particularly from our standpoint as we know of Dong-hyeon's schemes but are largely in the dark concerning Eun-ah's motivations.

Unwanted Brother excels in its character work but where it comes up short is its story. Employing a conceit that is hardly fresh to begin with, it plays out just as one would expect it to. More troubling still is a massive contrivance in the final act that lamely combines some rote thriller and melodrama elements that plague Korean films. Though it doesn't yank the narrative off the rails it does add a sour note to the film's closing moments.

From a technical standpoint, Shim's film is efficient if indistinguishable from the desaturated tones of its low-budget and socially-minded ilk. Dark brown hues, midshots and downbeat guitar twangs are the order of the day, amounting to a drab tone that shifts the burden of responsibility to its performers. Thankfully, this is a task they ably achieve.

Shim's character-driven Unwanted Brother doesn't seek to reframe the landscape of Korean indie cinema but with strong performances and a lucid narrative, it lives up to its modest ambitions.