Crowdfund This! Calvin Lee Reeder's THE PROCEDURE And THE BULB Need Your Help! 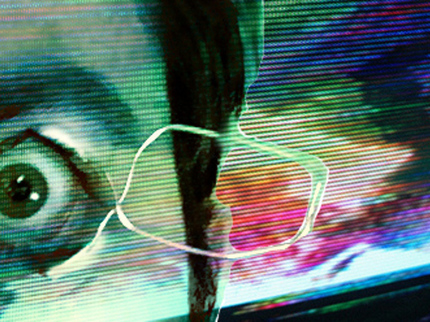 Calvin Lee Reeder is a cinematic madman, a total original whose work is polarizing in the extreme and certainly not for everyone but those who love his stuff - myself very much among them - really love his stuff. Any new project from Reeder is a cause for celebration and so to hear that after a pair of Sundance selected features (The Oregonian and The Rambler) he's got a pair of new short projects ready to go back to back ... well, that's something worth supporting.

From the Director, Calvin Lee Reeder, on THE PROCEDURE:

"A little while ago, I was inspired by an X-Files episode to create a mysterious and ridiculous experiment in which a man is abducted and held captive in a little room, then forced to participate in a peculiar experiment. Instead of actually doing this to somebody, I opted to write it as a short film called THE PROCEDURE. I've been searching for a way to make it for about a year now. It requires an elaborate set build and skilled individuals to pull it off.  We've finally found the right people to do this, and I'm thrilled. But we need a little bit of money to pull it off."

"I recently had a dream about a public access broadcast from a parallel dimension. I  woke up confused and excited at the same time, so I wrote a short about it and called it THE BULB. It takes place in a flea bag motel where two strangers experience an unnatural phenomenon. In an empty lot around the corner, they discover the source of the anomaly while it manifests itself as an amorphous floating object that may or may not be a portal to some alien continuum. Upon entry, the strangers learn their curiosity is probably better left unsatisfied in this particular situation."

Reeder is looking to raise eleven grand to support both films on Kickstarter. I've already thrown down my money on these projects and encourage you all to take a look and do the same.

Do you feel this content is inappropriate or infringes upon your rights? Click here to report it, or see our DMCA policy.
calvin lee reedercrowdfundingkickstarterthe bulbthe oregonianthe procedurethe rambler